Jonnett is using Smore newsletters to spread the word online.

Get email updates from Jonnett:

Home of the Marion Patriots

Home of the Marion Patriots

Quote of the Month

Education is the passport to the future, for tomorrow belongs to those who prepare for it today. 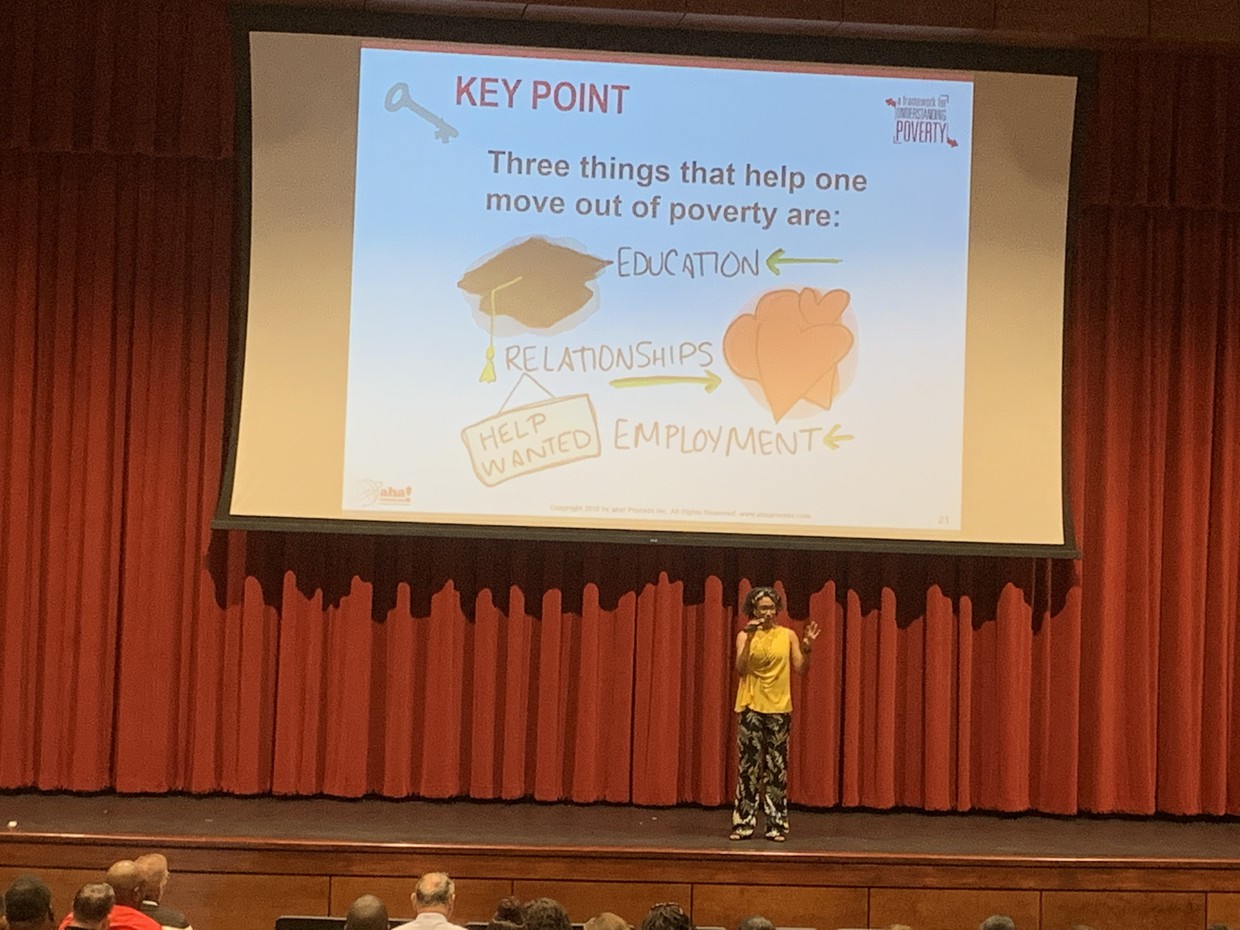 Dr. Auzenne-Curl spent Monday, August 5th with the MSD Faculty to help encourage them how important it is to understand poverty and the students they teach. “I enjoy presenting this material because of emphasis Dr. Payne places on the various dimensions of resources that we can encourage our young people to build upon. This dynamic helps us design interventions that really work.”

This workshop gave the MSD Faculty in-depth information to help them understand class differences and 10 actions they can implement in the classroom to achieve impact. This workshop was based on the book A Framework for Understanding Poverty by Ruby K. Payne, Ph.D. Teachers were equipped with concrete actions on how to:

• Develop stronger relationships with their students to impact behavior and achievement.

• Identify several key instructional strategies that meet the needs of the under-resourced learner.

• Understand the hidden rules of economic classes and how they apply to their classrooms.

• Use concrete strategies that impact the achievement of students from poverty.

“Being in Marion with the high energy group was fantastic. So many came to me during the break and after the day was done that I know this is the beginning of your journey. I can't wait to see what the future holds for Marion schools. Remember that we approach springboards, not finish lines!” 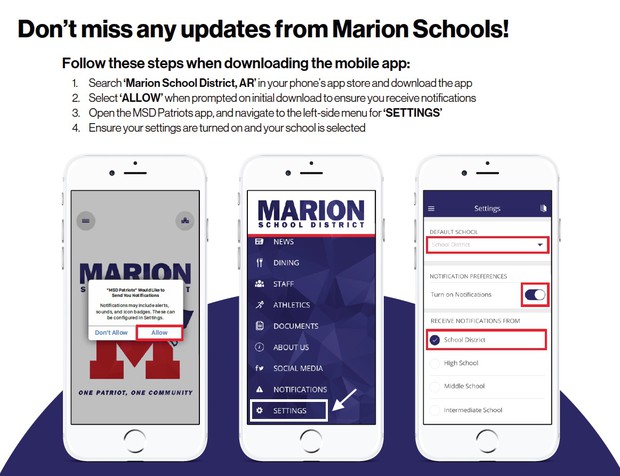 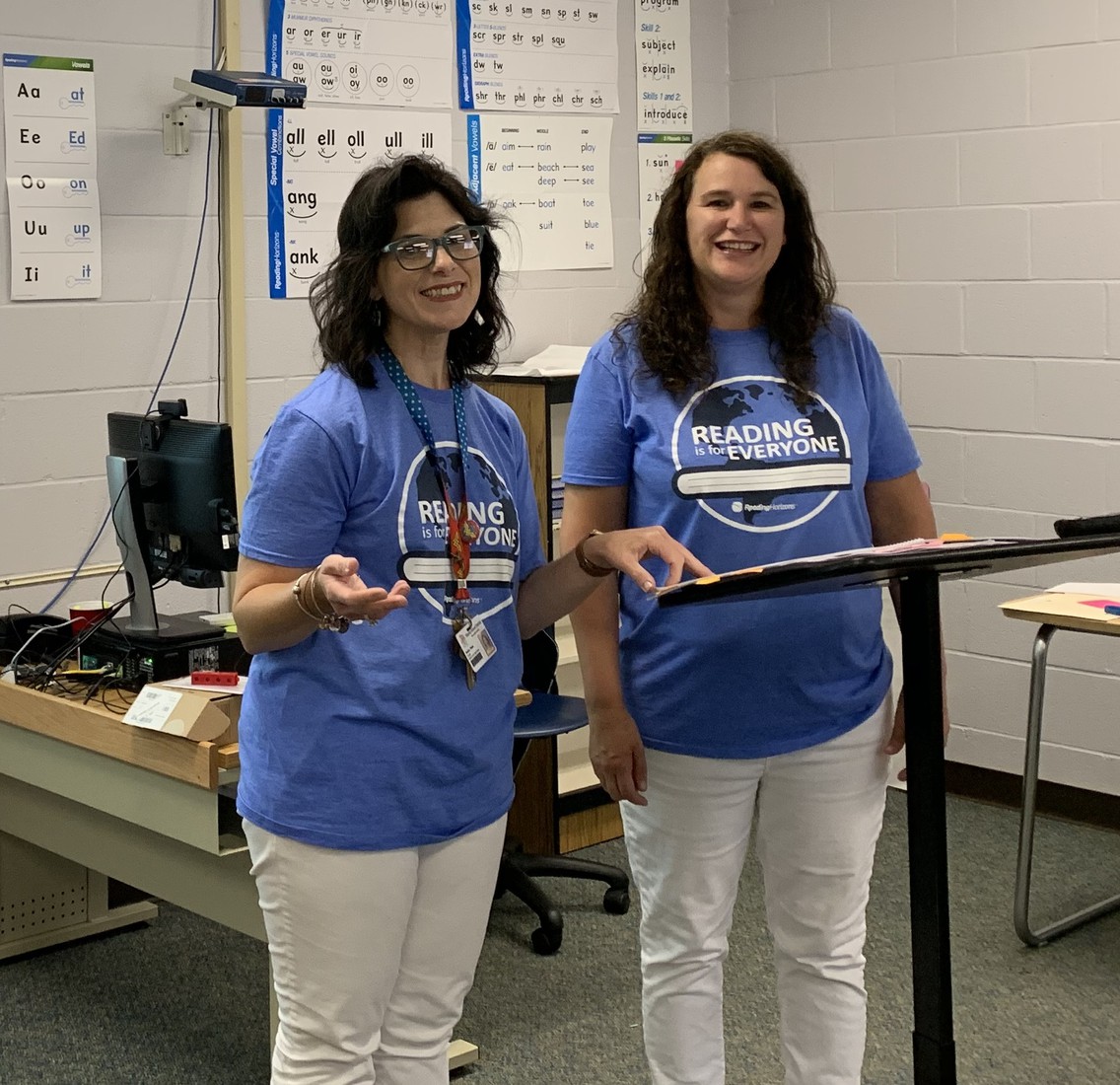 R.I.S.E. and Reading Horizons Programs at the Marion School District

Straley Owen and Mary Inman, Instructional Facilitators (pictured above) for MSD are the district trainers for the R.I.S.E. and Reading Horizons programs. The MSD dyslexia interventionists will service the 3 to 5% of the student population. But what about the rest of the student population? The R.I.S.E. and Reading Horizons programs will reach the rest of the student population in the MSD in need of support in literacy. The investment made with these two programs the district hopes to see vast improvements in literacy over the next several years. Mary and Straley have been trained to support and instruct our MSD teachers using these programs.

R.I.S.E. (Reading Initiative for Student Excellence) Arkansas encourages a culture of reading by coordinating a statewide reading campaign with community partners, parents, and teachers to establish the importance of reading in homes, schools, and communities. This page features a variety of resources to assist parents with reading at home and to increase the depth of knowledge for teachers. Goal 1: Sharpen the focus and strengthen instruction. Goal 2: Create community collaboration. Goal 3: Build a culture of reading.

Reading Horizons goal is to provide a dynamic, successful way for people to reach beyond their limitations and discover new horizons by learning to read. Accordingly, Reading Horizons is dedicated specifically to helping people learn to read so they can be better prepared to accomplish real-life tasks that face them every day and so they can create opportunities to expand their horizons in the future. 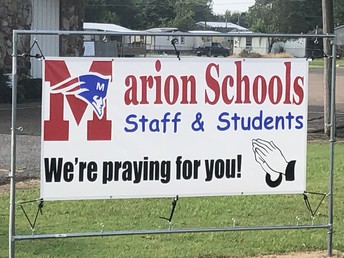 Your love and support mean the world to MSD! 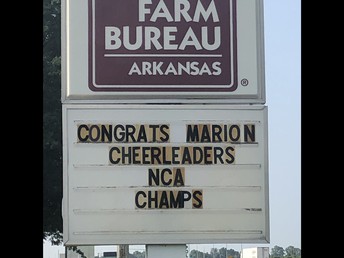 Your support and celebration of our students touches our hearts! 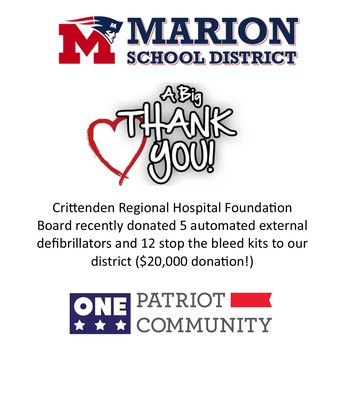 Your donation will help MSD save lives. 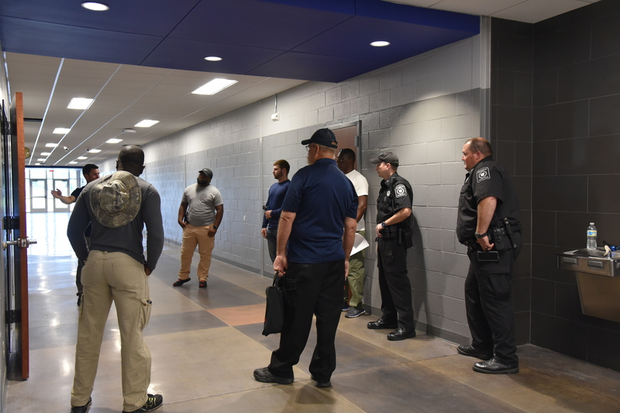 The Marion School District campus security, as well as other departments from Crittenden County, underwent training for a variety of scenarios in an effort to ensure our children's safety. John Evans, Marion's Campus Security Director, said that the school will have at least one officer stationed at each school building who will undergo this training.

"We're working with some of the best people in the state, some of whom have kids that go to school here," Evans said. "All of our guys are either active or former law enforcement with years of training." 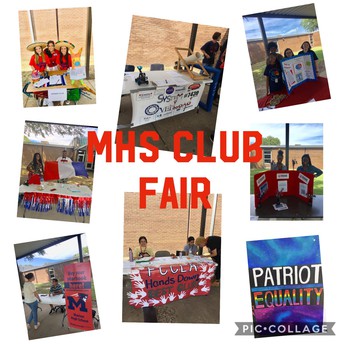 MHS had a club fair Friday, August 16 to let new MHS students know what clubs are available to join. Each club gives students an opportunity to connect with one another and embody our district motto of One Patriot One Community. 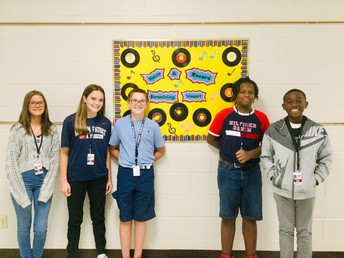 We are off to a RECORD BREAKING YEAR at The 7th Grade Experience! New 7th grade students look very excited for the new 2019-20 school year. They look forward to the many new experiences 7th grade has to offer them. 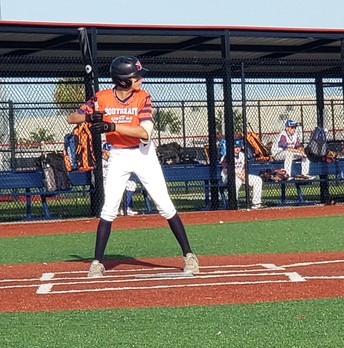 Two years in a row, MJHS student Dalton Mabry has made the National All American Baseball Team. He played games in Vierra, FL July 28-Aug 2. The Southeast travel team he plays on came in 3rd place and finished 2nd overall. Congratulations Dalton!

He hopes to add Marion Baseball Team to his list of accomplishments this year. 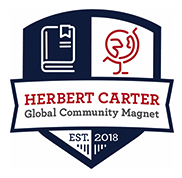 GREAT THINGS THAT HAPPENED THIS MONTH AT HCGC

HCGC has a complete school uniform policy posted online! In the meantime, here’s a quick reference guide. Please help us ensure that all students are in full compliance 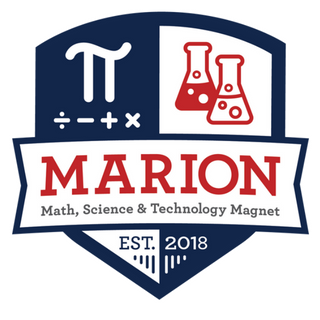 GREAT THINGS THAT HAPPENED THIS MONTH AT MST

MST created Chalk the Walk 2019 for the new school year. Every available sidewalk space was marked with words and pictures of welcome and encouragement for all parents and students coming to MST. 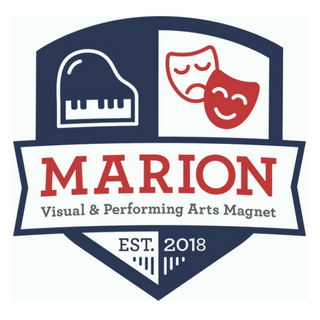 GREAT THINGS THAT HAPPENED THIS MONTH AT VPA

VPA kicked off the 2019-2020 school year with their first annual VPA Fresh Start. Students in attendance were able to receive haircut and hair styling services, personal hygiene kits, and a voucher for select school supplies. They also had the opportunity to enjoy hot dogs, play carnival games, and jump in bounce houses. The event was a huge success and we cannot wait to see participation grow in the years to come. 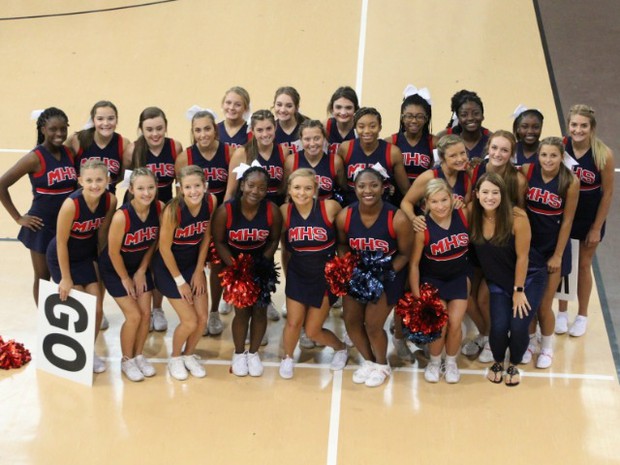 Marion Cheerleading made some noise at the National Cheer Association camp over the summer break. Coach Lauren Brinkley’s girls took home an impressive amount of trophies at the camp that Brinkley says should carry over into their performances on Friday nights. “I was very proud of the way they performed at the camp,” Brinkley said. “This group of 25 is the largest I’ve taken to camp so far, and that’s because we have so many talented girls. This fall is going to be fun because they communicate with each other very well, and more importantly they love their school.” The girls won four awards as a team, including the Rally Routine championship, the Gameday championship, the camp’s Spirit Stick, and a bid to Nationals. On the individual level, the girls racked up a combined 23 wins and finalist spots in 5 different categories. Meredith Whited won the “Pin-It Forward” Leadership Award, and Tatum Brown, Jayla Harper, and Kellie Dukes took home All-American honors. Dukes, an eleventh grader, was also named Top Camp All-American. The star jumper category had Marion finalists Clancey Pearcy, Alex Moyes, Baylee Trammell, Ally Phillips and Gabby Gill. Marion also had a winner in the event from each grade with tenth grader Madison Chesney, eleventh grader Kellie Dukes and twelfth grader Rachel Gaines. The star tumbler category was also filled with Patriots as Emily French, Avery Cook, Sarah Hood, Kamryn Shelton and Rachel Gaines were all named finalists. Marion winners in tumbling were tenth grader Gabby Gill, eleventh grader Kellie Dukes and twelfth grader Clancey Pearcy. Marion had two groups in the Star Stunt category. The group of Chesney, Hood, Harper and Shelton were named finalists, and the group of Gill, Phillips, Pearcy and Coleman won the event. The first opportunity to see these award-winning girls in action at Patriot Stadium will be on August 30, when the Patriot football team will host the Blytheville Chickasaws. Kickoff is scheduled for 7:00 pm.
Marion Patriot Athletics

Check us out on the web or download our new app. 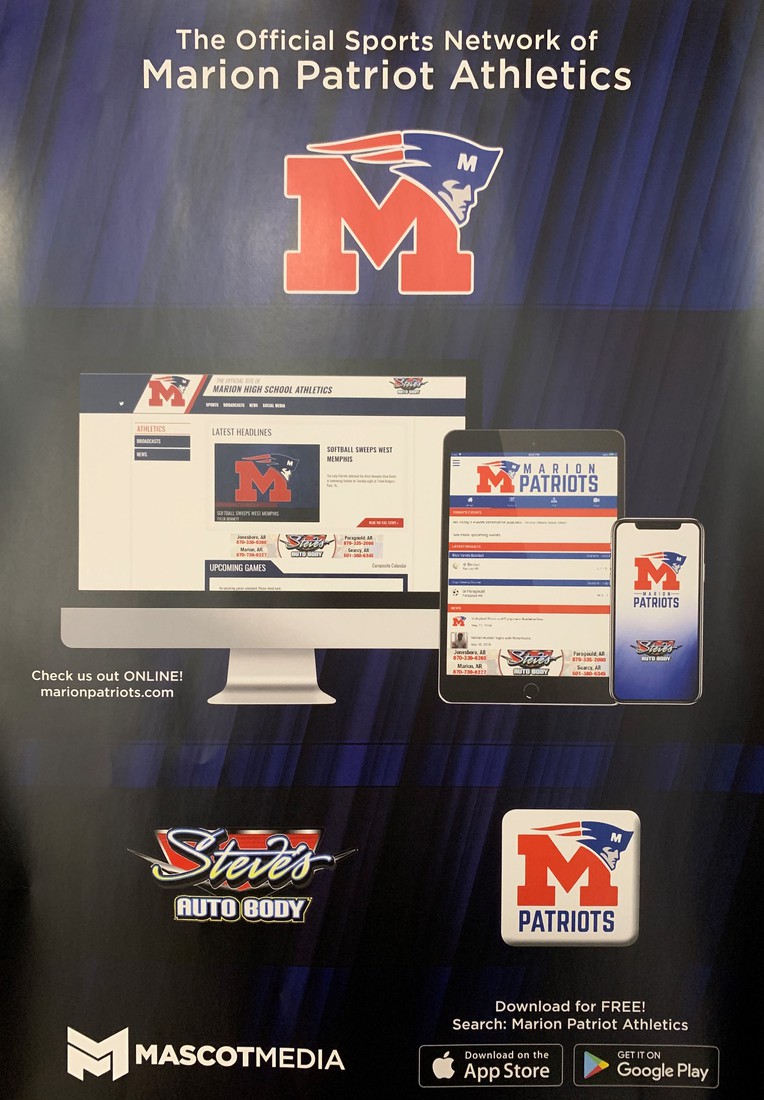 If there are good things happening in your classroom or building, we want to hear about it. Here are a few examples:

Send your good stuff with pictures and/or video to Jonnett Gammill at jgammill@msd3.org or Tyler Bennett at tybennett@msd3.org

Marion School District Newsletter will be disseminated monthly. If you would like your news included in the next edition, please shoot an email to jgammill@msd3.org with "newsletter" in the subject line. When submitting news, keep in mind the 5 W's: who, what, why, when, and where. Attach photos and video with your copy.

The deadline to submit information is the 21st of each month.

Jonnett is using Smore newsletters to spread the word online.

Follow Jonnett Gammill
Contact Jonnett Gammill
Embed code is for website/blog and not email. To embed your newsletter in a Mass Notification System, click HERE to see how or reach out to support@smore.com
close