The Cost of Pursuing a Dream

The Cost of Pursuing a Dream

Reputation in The Great Gatsby

Having money was the most important thing in Jay Gatsby's life. He believed that if he had money and extravagant items, then Daisy, the love of his life, would notice him again. From the time Gatsby and Daisy split, he is determined to gain her attention. Gatsby "waited five years and bought a mansion where he had dispensed starlight to casual moths so that he could "come over" some afternoon to a stranger's garden." and He throws extravagant parties at his home where "The bar is in full swing and floating rounds of cocktails permedite the garden outside."(Fitzgerald 440 Gatsby hopes that one day Daisy might wander over to one of his large extravagant parties and they can reunite. Gatsby sacrificed his reputation by gaining all this money. People had many rumors as to how he gained his money such as "Somebody told me they thought he killed a man once."(Fitzgerald 44 ) Jay Gatsby doesn't care what people think of him as long as he can attain his dream of once again being in love with Daisy. 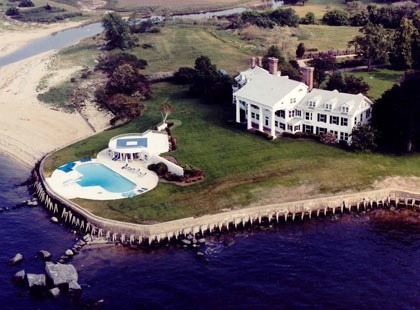 George Wilson was very devastated about his wife, myrtles death and wanted to make sure there was justice for his loss. He had much anger built up not only because of his wife's untimely death, but also because previous to this event he had learned of his wife's affair. Before this takes place, Myrtle and George seem like a couple with no worries or issues. After George murders Gatsby and then commits suicide he is "reduced to a man 'deranged by grief.'' (Fitzgerald 164) to those looking in on the situation. George Wilson risked his reputation as a man of hard work with morals, to become a man who killed his wife's apparent murderer for revenge. 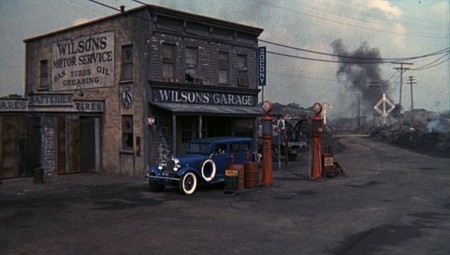 Reputation in the Modern World

In the modern world, people, such as Lady Gaga , still sacrifice their reputation to achieve their dreams. Lady Gaga has been seen as a controversial artist. She has been judged because of her elaborate outfits, and behavior on and off the stage. For example, in one of her songs, Judas, Gaga,"proclaims her love for the treacherous apostle who betrayed Jesus."(Lachno) People of the Catholic Church spoke out saying that the song She" is trying to rip off Christian idolatry to shore up her talent-less mundane and boring performances" (Everett) Since then, Lady Gaga has continued to make music. She knew that to become as famous as she has she would have to take many risks, even if that meant making some people disapprove of her.

Another person that risked their reputation to reach their dream is Martin Luther King Jr.. He had a dream that everyone would be one day be equal and that there would be no more racism. It was in his "I have a dream" speech that he emphasized "his belief that someday all men could be brothers."(biography.com) When working towards this goal, people formed opinions about him. Some thought that he was a great person, and someone that they could look up to. But others formed negative opinions and thought that his beliefs were bogus. Martin Luther King Jr didn't care what people thought about his ideas, he continued to work to his dream up until his assassination. Because of his willingness to risk his reputation, he is known as one of the most important activists in our country's history.

Is It Worth It?

Reputation is a sacrifice that can be seen as necessary for attaining a dream. Reputations are put upon us by other people that observe the situation. There are always going to be people that do not approve of your decisions, therefore, no matter what you do someone is going make an opinion. From that opinion, people will establish thoughts on you to support the reputation you obtain. If a dream means enough to you, you won't worry about what other people think about you. What will be important is that you gave it all you had to meet your goals.