Get email updates from mitchell:

No pain No gain

No pain No gain

Analysis the Development of Theme

Freak the mighty: When max gets kidnapped by his father from the down under, and if Max wasn't in the down under maybe he wouldn't have gotten kidnapped. Also when him and freak go on this quest to Iggy house. That's where some real bravery is seen in the story. That's really brave because Iggy is this scary big biker dude. also Iggy is the leader of a biker gang. That's where bravery is really introduced. There is one part in the story where there is a different type of bravery introduced. Its when max gets put in the high math class, and he is freak on his back and he doesn't care what other people think. Also when freak new he was going to die and he was not going to live a long life. But freak still tried to make the best out of his life.

Reflection and application of theme

The author did a very good job at showing bravery, and how it slowly comes in peoples life's. Still now day there are stuff very relevant happening every day. Like when freak new he was going to die but he still held his head as high as he could. So that is a big act of bravery in someones life. 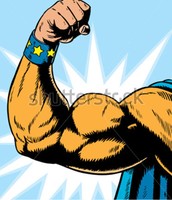 The symbol that i have chosen,is an arm that is flexing.The arm represents bravery,strength and courage.For max and freak,because they were as brave as could be. 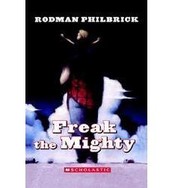 Grim in the changing

So grim starts out this grandpa that doesn't really love his grandson .Then when its starting to get to the end of the story,grim and gram treated max like there own son.So that's when bravery comes in is when grim is scared of max but by the end of the story he loves him like his son. 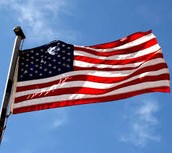 When max and freak both go to the pond to watch the fireworks .And freak cant see so max picks him up and puts him on his shoulders .And freak doesn't really care that max picked him up.Then fireworks end and tony d shows up and freak stands up to him because he thought max could take him.That all represents allot of bravery.You can easily see where the bravery is in this.

Something you have to know

Summary of the text

So it starts out max in preschool.Then he meats freak and they become best friends .Then freak moves away.And then max sees freak when he is in eighth grade .Freak moves right next store .And then they become best friends .And max notices that freak hasn't grown at all.And then he finds out that freak has a disease morkeao sindtrum .It means the inside of freak is growing but not the outside .So Max's dad gets out of jail and then he comes and kidnaps Max .Then the police find killer Kane and he gets locked up for life .Then freak dies from his horrible disease .Then max has to go through with out freak .The next book is call Max the Mighty. 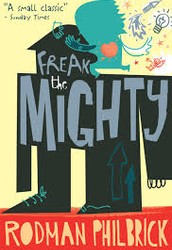 He was a mystery writer until he made freak the mighty .He started writing when he was in the sixth grade .He hasn't always done kid books.He had the best books for young adults .He has a house at the main of Florida.