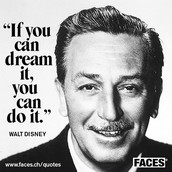 Walt Disney was born on December 5, 1901 in Chicago, Illinois to Elias and Flora Call Disney. Walt had three brothers and a sister; the Disney family moved to Kansas City in 1911. When Walt was 16 he dropped out of high school to join the military, unfortunately he was rejected due to being underaged. Walt then joined the Red Cross and drove an ambulance in France for a year.

In 1919 Walt returned from France and his brother, Roy, got him a job as a newspaper artist working for the Pesmen-Rubin Art Studio, this was where he met a new friend and colleague, Ubbe Eert Iwwerks, he was commonly called Ub Iwerks. Walt decided to start an animation studio and recruited his first employee, Fred Harman. They made a deal with the Kansas City theater to show their shorts, which they titled Laugh-O-Grams. Suffice to say, they were a big hit, this allowed Walt to procure a studio under the same name. Walt hired Harman’s brother and Ub Iwerks to help with the process. Unfortunately, the studio was forced to declare bankruptcy and close.

Disney, Roy and Iwerks relocated to Hollywood and created the Disney Brothers’ Studio. They created a character called ‘Oswald the Lucky Rabbit. In 1925, Disney hired an artist named Julian Bounds, after a short dating period she became Julian Disney.

After discovering the rights to Oswald the Lucky Rabbit were stolen by other animators, the Disney brothers, Iwerks and their wives got to work on making three new shorts including a new character named Mickey Mouse, the first two of these, Plane Crazy and Gallopin’ Gaucho, were not very successful seeing as how they were silent films. The third of these, Steamboat Willie, was a major success, with Walt as the voice of Mickey.

In 1966, Walt was diagnosed with lung cancer due to his chain-smoking. Walt died on December 15, 1966 in Burbank, California.

His Contribution to the 20's

Walt Disney contributed to the 20's by providing entertainment and films with sound. Walt was a pioneer in the animation business. Walt's company still thrives and makes good, quality movies.

This is Mickey in "Steamboat Willie", his first popular appearance

Disney wanted to make an amusement park for people to go to because he did not have one to go to as a child.
Walt Disney Animation Studios' Steamboat Willie
What would this have been like if there was no other movie with synchronized sound?

How would this have been revolutionary to the animation business?