Isaam is using Smore newsletters to spread the word online.

Get email updates from Isaam:

is a small, brownish insect. It has a brown upperside and a white underside. It's larvae are bright red and yellow. 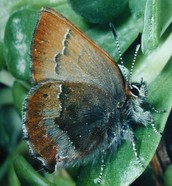 While the larvae only consume the leaves of it's host plant, Sedum spathulifolium (Stone Crop),

Adult food plants have been fully recorded. Some Callophyrs mossii bayensis may feed on early blooming costal flowers such as hog fennel.

Arctostaphylos montaraensis, another potential food source for the butterfly

The San Bruno elfin butterfly lays it's eggs on it's host plant during it's flight period between mid February and late April.

The larvae hatch within 5-7 days, first feeding on the leaves of the Stonecrop, then the flowers. Pupation takes place at the base of the plant, and the insect enters a diapause that lasts from June until February the next year. The adult insects then emerge and mate. 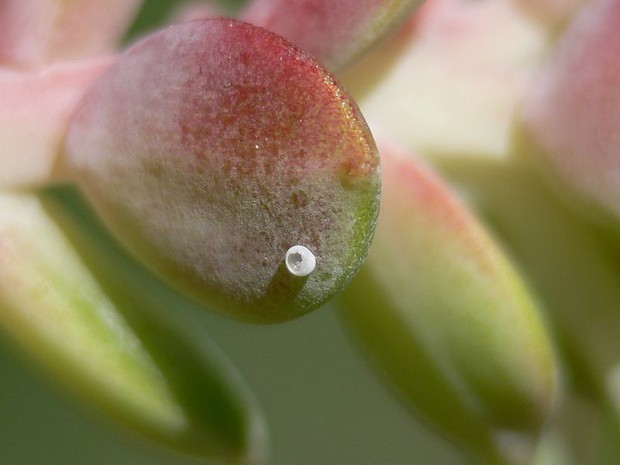 While the historic range of the butterfly has always been limited to San Matao and San Francisco counties in California due to the growing locations of it's host plant, the range of the butterfly is now restricted to just three locations in San Mateo county: Milagra Ridge, San Bruno Mountain, and Montara Mountain. They live on or near their host plant for their entire life cycle, living most of their life cycle in a diapause at the base of their host plant. As larvae, they are tended to and protected by several species of ants attracted by a honeydew substance the larvae secrete. 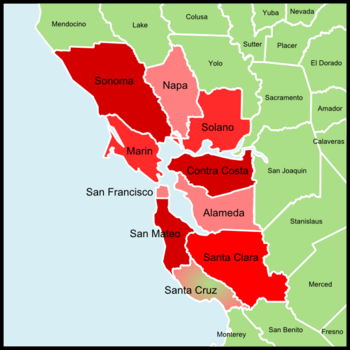 The main threat to the San Bruno elfin butterfly's population is habitat destruction...

Whether it be due to infrastructure development or invasive plant species, due to the extremely limited range of the butterfly's host plant, the species cannot sustain major habitat reduction. Over a thousand acres of habitat was lost to development between 1930 and 1980. It was during this time that over half of the mainly grassland habitat was lost to scrub and woodland growth. The few remaining habitats are still under danger from infrastructure expansion and plant growth

Ken on the Northeast Ridge

While the San Mateo county parks department has a plan in place to try to preserve habitats on San Bruno Mountain,

It is focused mainly on invasive species control, doing nothing to prevent habitat destruction due to development. To save the species, it's habitats need to be protected. New habitats have to be created.

Isaam is using Smore newsletters to spread the word online.