caleb is using Smore newsletters to spread the word online.

Get email updates from caleb:

this california sunshine got me trippin

this california sunshine got me trippin

Basically, LSD is a drug that can be either a crazy experience or a terriblre and horrifying experience. It is a synthetic crystalline compound, that is a hallucinogenic drug.

How is the drug taken into the body?

The drug can be put into a dissolvable paper and put in the lip and letting it dissolve.

How does the drug effect the body (short term)

The most common dangers of LSD result from bad trips, including terrifying thoughts and feelings, despair, fear of losing control, and fear of death.

How does the drug effect the body (long term)

Flashbacks can occur suddenly, often without warning, and may occur within a few days or more than a year after LSD use. In some people, the flashbacks can persist and cause significant distress or impairment in functioning, a condition known as hallucinogen-induced persisting perceptual disorder (HPPD).

LSD doesn't change physical or mental things and you can't tell if someone is abusing it. You can tell if he or she are on a "trip" at the time. 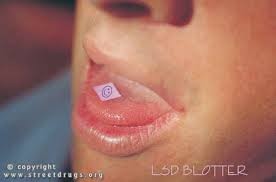 LSD isn't a physical addiction but some people its a Psychological addiction. They use it all the time because they love the feeling and don't want to be without it.

caleb is using Smore newsletters to spread the word online.