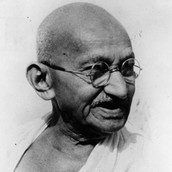 Mahatma Gandhi was a leader in the Indian independence movement to become free from British ruled India. He led nonviolent civil disobedience movements. He inspired movements for civil rights all over the world. He organized for peasants, farmers, and urban laborers to protest high tax on property and discrimination.He assumed leadership of the Indian National Congress in 1921 and led nation wide campaigns easing poverty, expanding women rights, ending untouchability, and achieving self rule. 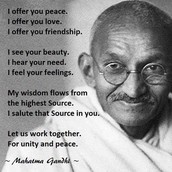 "The weak can never forgive. Forgiveness is the attribute of the strong."

"Happiness is when what you think, what you say, and what you do are in harmony."

1893 - Gandhi is motivated to fight for Indian rights

1921 - Gandhi is given exclusive authority over Indian National Congress 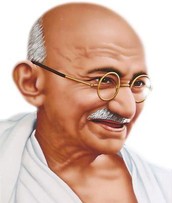 1944 (Death of Gandhi's Wife) - Hitler and Mussolini meet at Salzburg 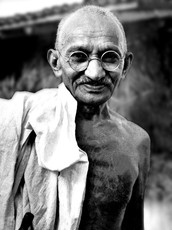 Why He Should Be Inducted To The Hall Of Fame

Gandhi should be inducted into the Hall of Fame because of the way he fought for his rights. He believed in non violent and peaceful protests advocating Indian rights.