Edgar Allan Poe was born in Boston Massachusetts on January 19, 1809. His dad, David, left the family and was not a part of Allan's life. His mom, Eliza who was an actress was left to provide and take care of him and his older brother William, and His younger sister Rosalie. There mom sadly got sick and died when Allan was only sick years old. After that the three siblings split apart to find families. William went to live with some relatives, and Rosalie was taken by a family in the foster care program. Allan went too live with a foster family named the Allans. He and his sister both took on their foster family's last name as their middle names. Allan was very close to his mom, Frances but not as close to his dad who thought lowly of Allan. 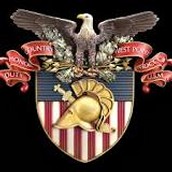 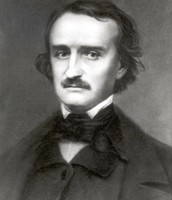 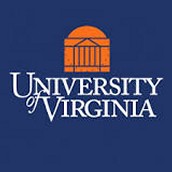 The University where Edgar went to.

Edgar Allan Poe enrolled to University of Virginia. When we was in college he went into debt, and tried finding a way to get out of debt, he went into gambling and only caused more and more debt. Finally it got to the point where he was kicked out of the University. During his life time the War of 1812 was happening. With him not being in college and the War he decided to enroll to West Point. After some time he realized the West Point wasn't for him, and decided to get kick out of there too. Edgar was always a good writer,so he became to do more writing. Poe was not just a poet and story writer, he was a literacy critic. Allan worked at several newspapers and literacy magazines. He enjoyed his work and found interest in it. The loss of his mom, foster mom, and his wife were all tragedies but they affected his writing. Two of his famous writings are The Raven, and The Tell-Tale Heart. I have never hear of these, but he seems like a great writer. Two inspirations for his writing where, in his story The Cask of Amontillado was about his drinking problem. Another story was called The Beloved Physicians was about Marie Lousie Shew who nursed him back to health after Virginia died. Edgar took on writing and was very good at it.

Edgar Allan Poe had a first love, like a love the was to last. He was to be marry to Elmirin Royster. Since he could not stay at college because of his poverty. So he came home to visit his fiance, and discover that she had been engaged to another man in Poe's absence. Poe was heart broken. And then he went to West Point.

After West Point he settled down in Richmond, Virginia with his wife, that was his 13 year old Cousin, Virginia. She died at a young age, on January 30, 1847. Sadly Poe did not have much luck when it came to have a long marriage.

Poe sadly died on October 7, 1849, he was only 40 years old, and should have lived longer. His death is un-known. He went missing for a week before he died, and was not in his own clothes when he past. There are many ideas on how he died, but the two that I would believe would be Heart issues or Epilepsy.

1} He was obsessed with cats.

2} He was credited for defining the modern short story.

3} Poe originally wanted to use a parrot instead of a raven.

4} Poe's cat could not live with out him.