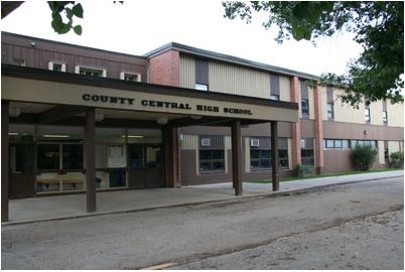 'Home of the Hawks'

'Home of the Hawks'

As our winter break draws near, our staff and students are winding down for a much-needed rest. The school will be closed December 18th - January 2nd, with classes resuming January 3rd. January is going to be a busy month with final exams for Grades 9-12. A schedule of the exams will be shared with students prior to the break, and it is our hope that they will be able to find some time to study during those two weeks off, while still enjoying some rest and relaxation with family and friends.

As many of you are already aware, Vulcan County has seen an increase in positive COVID-19 cases over the last few weeks, and our office has been fielding many questions about protocols. Families can view the most up-to-date information on the AHS website, including "Who Needs to Isolate or Quarantine" and the Alberta Daily Health Checklist.

If you are unsure about protocols or restrictions, please contact the school and we will help you. The main thing we would like to stress is that students who are symptomatic should not come to school. We truly appreciate families getting in touch and letting us know if their child receives a positive test, and we will continue to notify our families if there is a positive case connected to your child's homeroom or grade group.

Our next School Council meeting is scheduled for January 5th at 5:30pm. This will be an in-person meeting with the option of joining virtually, and I invite any parents or guardians who are interested in attending to contact the school.

Volleyball Season Was a Success

We can't say thank you enough to the coaches, managers and all volunteers that helped us successfully run a volleyball season for our kids!!

Here are a few write ups from our Volleyball teams to recap their season.

2021. They finished in third place in the Foothills league with nine other teams.

season, this took place in Black Diamond. The Hawks also got second in a Claresholm

tournament, which was made up of sixteen teams! At their own home tournament they

who played power and middle, Abby Akitt who played all positions but specialized in

middle, and Anna Carey who played setter. The grade 10 players consisted of Emma

These girls were coached by Cassi James, a first time coach, who was super positive and a great leader. She worked hard to not only develop the girls skills, but bring them together to create a family. Cassi not only got along with the girls but built relationships with the parents involved in the volleyball community. It would not have been such a successful season without all the players, parents, volunteers, and supporters. Thank you everyone!

The girls' junior high junior varsity, or B-Team, was comprised of 9 phenomenal athletes that truly put their hearts into the game. Though it felt like a short season, it was surely sweet working with these girls, and they are the dictionary definition of hard work and practice.

The junior JV team went from losing their first few games, to nearly sweeping the league tournament in Coalhurst, Alberta. These girls showed up to every practice with energy, excitement and a determination to improve, and improve they did. What I, and others, noticed most about this team, was their positive supportive attitude. Despite struggling through the first few games, the girls built a team where they encouraged and supported one another, something that can often be a struggle for teams to build in competitive sports.

As the season progressed, this sportsmanship only helped strengthen their skills, and I believe that their positivity was a huge factor in helping them take home the silver medal in their league tournament.

I am wishing all of the junior JV athletes all the best in any other sports they play this year, and I hope that they inspire their new teams with their hard work, dedication and amazing sportsmanship! 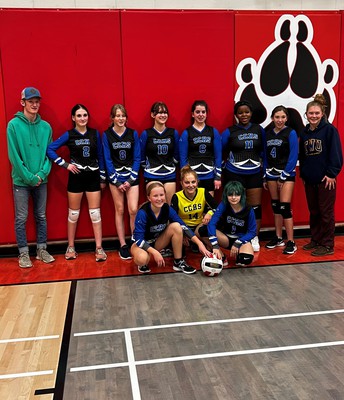 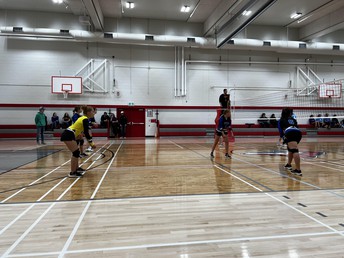 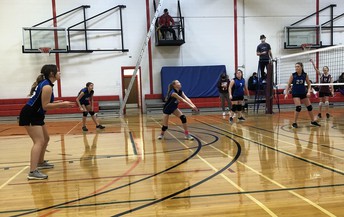 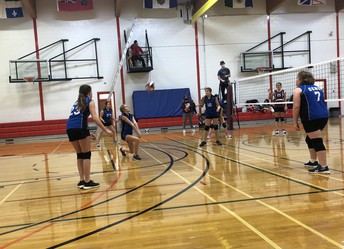 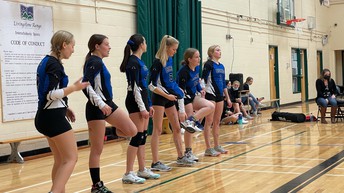 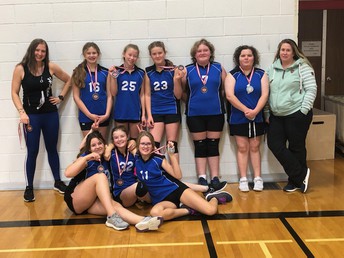 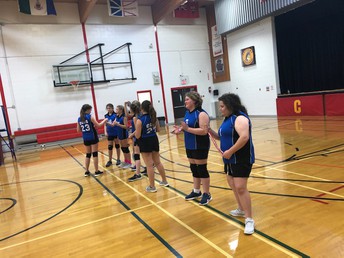 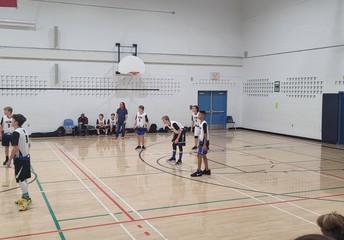 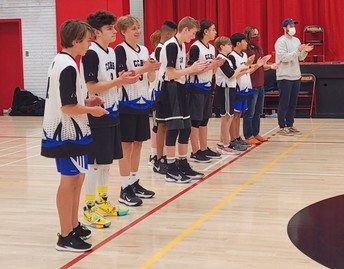 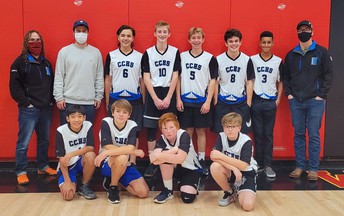 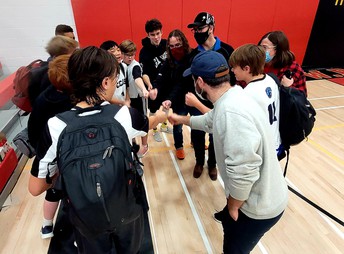 We are excited to announce that we will be implementing the Enriched Academy Programs during selected CHAT classes.

Enriched Academy is a Canadian company specializing in Financial Literacy for students!

U of A Getaway for Grade 11 students

20 lucky Grade 11 students have the opportunity to get away and experience the U of A!

U of A Getaway is a whirlwind weekend of exciting events where students will stay in residence, explore state-of-the-art facilities, learn about 200+ programs, discover the campus, and experience all that U of A has to offer!

Their adventure will include transportation reimbursement, accommodations, meals, and a jam-packed schedule of events!

Open to Grade 11 students throughout Canada

Students can learn more and apply at uab.ca/getaway. The application deadline is January 28, 2022 (must be fully vaccinated).

We have been purchasing new books for our Library! There are still more books on order and hopefully will be on shelves before the Christmas Break!! Encourage your children to come check out the new selection. 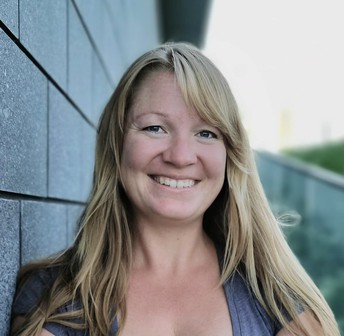 Hi Folks! My name is Auburn Phillips and I am excited to be the Making Connections Worker for the County of Vulcan region. I will serve Arrowwood Community School, Champion School, County Central High School, Milo Community School, and Vulcan Prairieview Elementary School. Previously, I worked in post-secondary supporting students through mental health concerns and promoting mental wellness on campus, and I look forward to applying that knowledge as I support students in this area. I have a B.A. from the University of Victoria and an M.A. from the University of Lethbridge, but I had a rural upbringing and am very happy to be back to small town life.

Outside of work, I love spending time with my family, my three dogs (Trigger, Enzo, and Diego; all rescues) and three cats (Gracie, Meatballs, and Spaghetti). I enjoy practicing and teaching yoga, travelling, dragonboating, and hiking.

We are so excited to be able to send the students on field trips again. The Phys Ed 20/30 class was able to enjoy a day of wall climbing and bowling.

Ski trip forms are available for students to take home and fill out. There are limited spots so the first ones to return filled out forms and pay the deposit will ensure they have a spot. The Junior High trip will be Jan 26-28 and they are going to Kimberley. The Senior High trip is Feb 2-4 in Fernie. 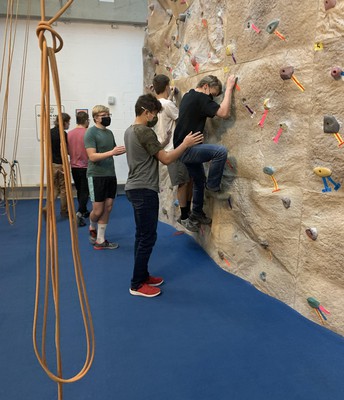 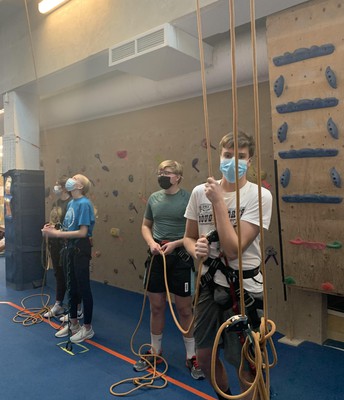 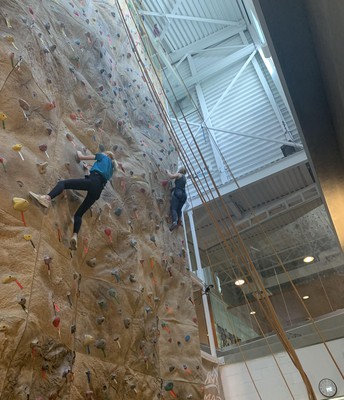 We are very excited for two of our CCHS students as they compete in Rodeo events down in Vegas!

Tynell McInenly has qualified for – Vegas Tuffest Junior World Championship in Las Vegas December 1-6, 2021. Tynell will be one of 945 contestants from 27 states & 4 Canadian Provinces competing in Las Vegas. She will compete in the Breakaway Roping & the Goat Tying and will represent “The American Hat Company” team in Las Vegas.

After a dominating 2021 season in Canada that saw him claim season leader titles in the WRA, FCA and CRA, Arrowwood bull rider Beau Gardner is headed to Las Vegas Nevada to compete at the Yeti Junior World Finals. Held in conjunction with the National Finals Rodeo, the Yeti Junior World Finals feature the best 18 and under rodeo athletes on the planet. This is not new territory for the 16 year old Vulcan County bull rider, last year he competed at the World Finals in Fort Worth Texas. While in Las Vegas Beau will also compete at the Hooey Patriot Rodeo, which is a direct qualifier for the prestigious “American” rodeo, held in the spring in Arlington Texas. You can follow Beau on the Cowboy Channel the first week of December.

We wish them both good luck and will be cheering them on from here! 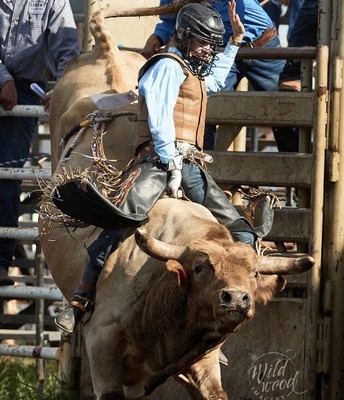 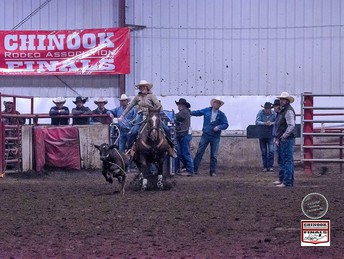 The hot lunch preorders are available on School Cash to purchase and are required by 9:00pm prior to the day of the hot lunch. They will have other items available for purchase as well as free nutritional snacks.

The November menu is:

Dec. 20-31 - Activities during the Christmas Holidays and New Year's Eve at the arena and fireworks- Town of Vulcan Recreation (See attached poster) 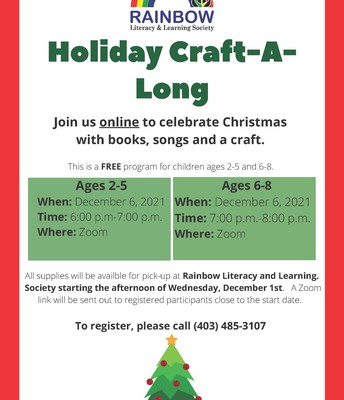 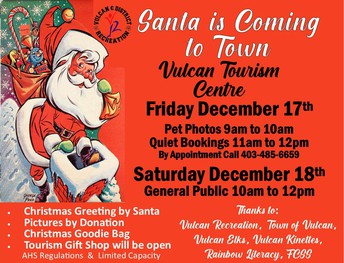 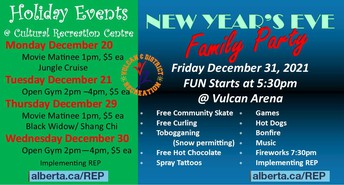 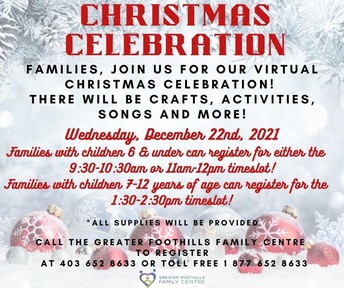 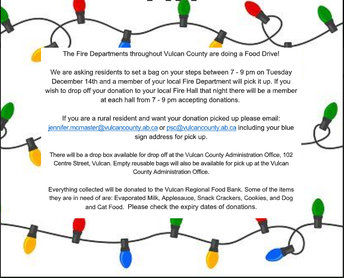 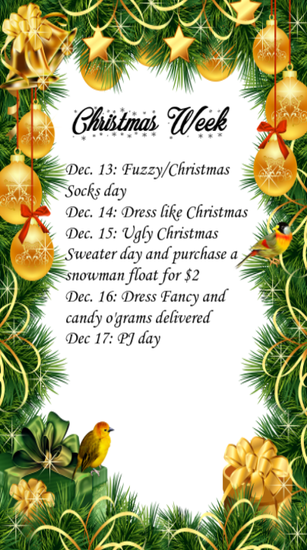 Grade 12 parents and students volunteers are needed to work the games at the Vulcan Arena.

They require the following:

Due to the Lomond Lakers following the 'Restrictions Exemption Program' all volunteers need to be able to provide proof of vaccination for COVID 19. Any questions or to sign up please call Tanya Campbell at (403)312-2651

The 'Sweet Sheets' Grad fundraiser is open for orders until Monday, December 6th. The link is below and this is usually a very successful way to help out the Grad class!

Thanks to all the students that have returned their hoodie forms. If they returned the Grad hoodie order form with no payment we have attached them online as an option to pay.

Otherwise cash or cheque can be sent to the office.

It is time for staff to start creating the Grad slideshow. We are asking parents and guardians to submit 3 photos of the graduate. If you could please email them to cchsadmin@pallisersd.ab.ca we do not want hard copies submitted this year. Alternatively if you don't have access to email them please contact the office at (403)485-2223 and we can arrange. 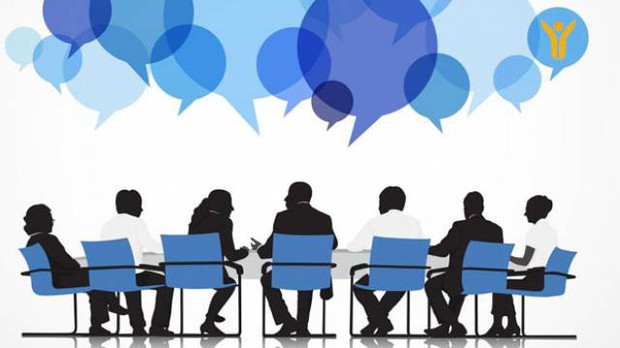 The next meeting will take place on Wednesday, January 5th at 5:30pm. New members are always welcome. This is a great way to become involved in our school community!

Meeting minutes can be viewed on the CCHS website.

CCHS Student Council is looking for students to join and get involved yet again. For meeting times and information students can contact Mrs. Wouters.

Fridays are "Hawk Days"--wear your Hawk gear and/or blue and black.

Candy Cane O'grams will be available for sale on December 7-9.

Be sure to check out our webpage for more info https://www.countycentral.ca/ 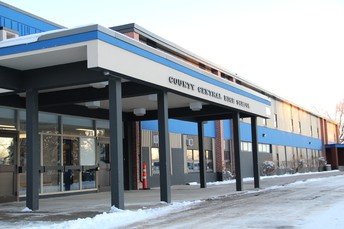