Get email updates from Hank:

The mission of the Salem High School athletic department is set on developing a high level of competition without losing sight of educational values such as sportsmanship, academic achievement, leadership, and strong sense of respect for self and others.

The Voice of the Lions

On November 5th, 2021 the Lions lost a cherished member of our family. Derek Smith, also known as D. Smith, D, the voice of the Lions, and many other monikers, lost his battle with health issues he had been fighting over the past couple of months. Derek was a familiar face at SHS events frequently attending sporting events, band concerts, choir performances, NHS and Student Council inductions, etc. Derek loved supporting our kids. One of his passions was photography. He used this passion to provide a service to our kids and their parents by posting pictures he took online, free of charge. Kids and parents alike waited anxiously after games for him to post his pictures.

Derek filled the role of the athletics P.A. during home football, basketball, softball and baseball games. He was the best in the business and prepared himself by arriving at the event hours before game time so that he could meet with coaches, get lineups and go over pronunciations. Not only did he do the announcing but he also kept scorebook (unofficial) and took pictures at the same time.

His impact on our community was evident on Nov. 12th when a few hundred people arrived to pay respects at his memorial service. Sid Dye and Derek's brother, Dudley Smith, hit all the high points in their eulogies and described in detail who Derek was and what he meant to everyone there. His booming voice and his humor will never be forgotten and will forever be missed. 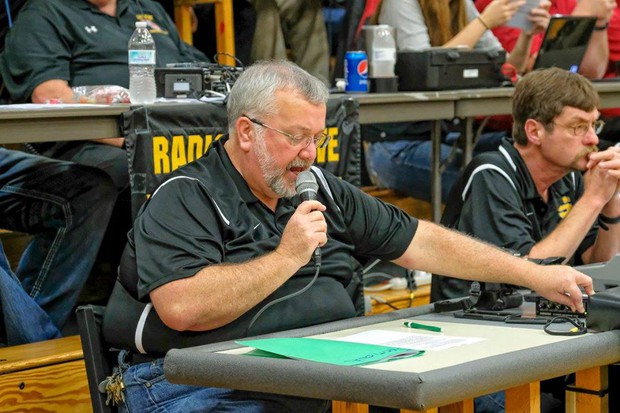 In 1971 the Salem Lions boys basketball team won it's first regional in 32 years when they defeated the favored Jasper team in the regional final. They advanced to play Floyd Central in semi-state where they fell 77-68 to end their season with a 20-6 record. In all, the Lions completed the season as Washington County Holiday Tournament Champs, Salem Sectional Champs (1st since 1939), Huntingburg Regional Champs (1st since 1939), Semi-State Semi-Finalist.

The Lions were coached by 1st year Head Coach, Gary Duncan. Coach Duncan coached for two years at Salem (as head coach) before moving on to Southridge where he would coach the remainder of his career. Coach Duncan amassed an overall total of 303 wins between the two coaching stints as well as winning 9 sectionals combined. His 1985 and 1986 Southridge teams advanced to Market Square Arena to play in the State Finals where they lost both years to the eventual State Champions Marion Giants. Just recently, Coach was selected to be an inductee of the 2022 Indiana High School Basketball Hall of Fame.

On December 4th the '71 team was honored during half-time of the boys game vs. Henryville. Coaches, players, managers and cheerleaders were all recognized for their achievements 50 years ago. The original anniversary was scheduled for last season but due to Covid protocols that limited the number of people allowed to attend games, it was postponed until the opening home game of 2021-22 season.

Principal and AD Max Bedwell (was unable to attend)

Gary Martin, who received Honorable Mention on the All-Conference team;

Ron Mitchell, also a member of the All-Conference team;

Bill Klein, who passed away, was represented by his daughter and grandchildren.

David Pitts (was unable to attend)

Managers of the team were:

Cheerleaders for the varsity team were: 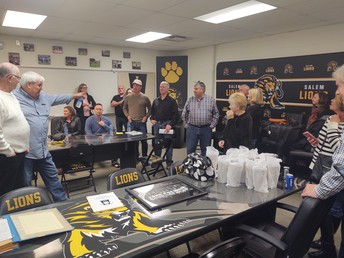 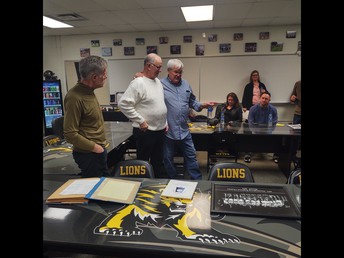 Prior to the girls basketball game on Nov. 6th, a brief ceremony was held in which the Salem baseball field was named The Derek Smith Field in honor of former baseball coach and baseball announcer Derek Smith. In 1995, under Coach Smith, the Lions won their last sectional championship in baseball. Many of his former players attended the ceremony as well as a dozen family members. The sign will be erected between North Harrison Street and the scoreboard. 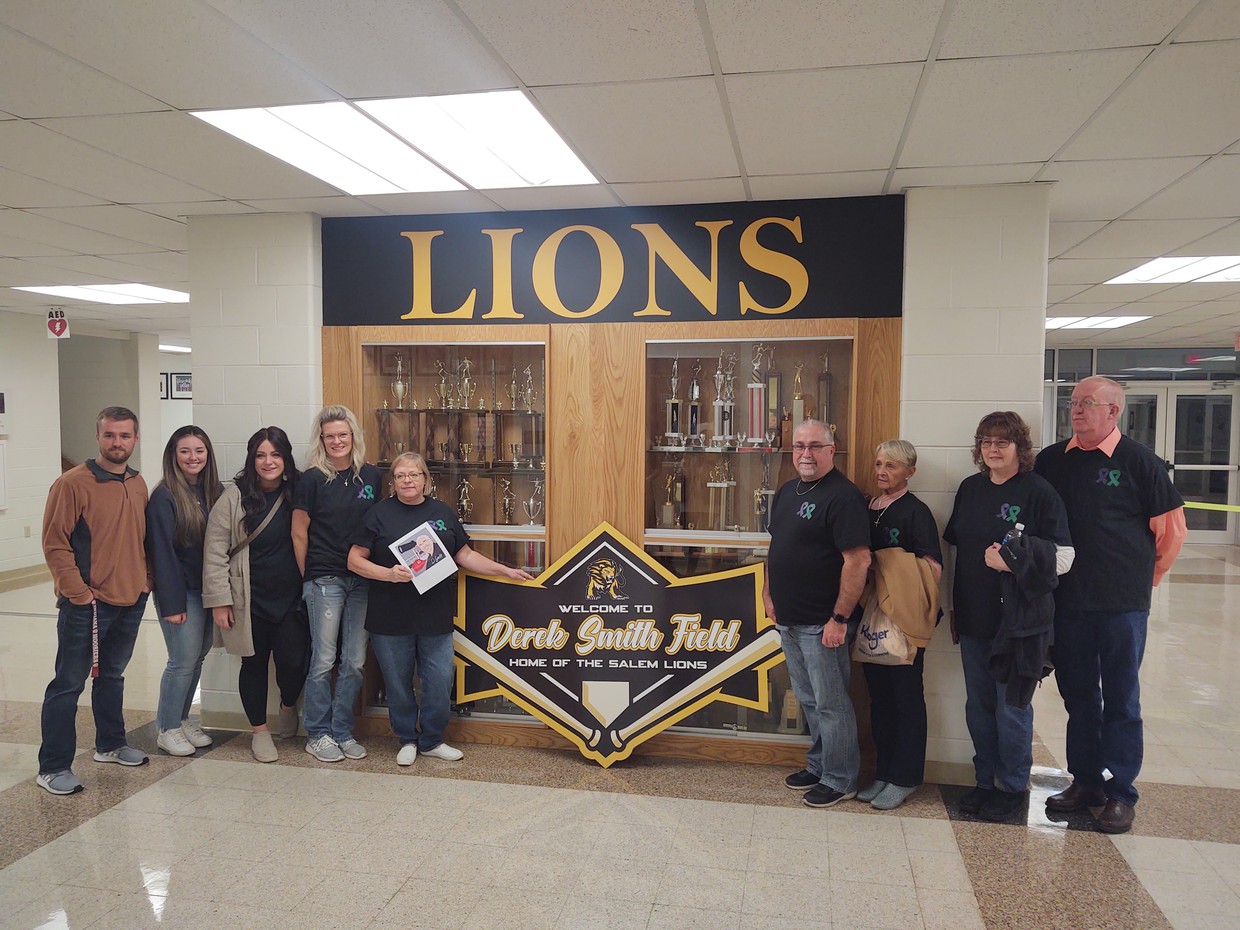 The recently constructed Lions Den has been completed outside of a few more decorations and some paint. It has been used numerous times since it's "opening" by different teams to watch game film, eat pre-game meals and go over scouting reports. The room is also being utilized by the SLNN media crew as their home base for livestreaming basketball games. The FFA recently utilized it for interviews. 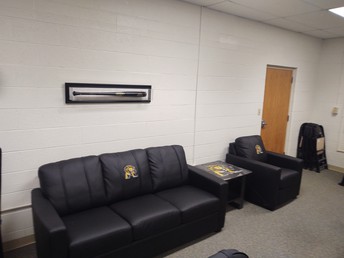 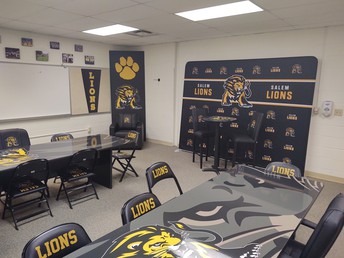 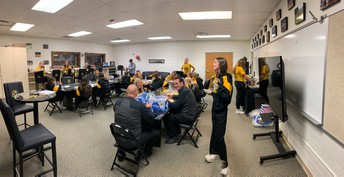 Duane Malloy returns to familiar territory as he rejoins Salem Basketball, but this time in a new role. Coach Malloy spent 4 years as the Lions JV coach prior to stepping away and focusing on his role as the head coach for the varsity softball team. Three years later the opportunity to step into the role as head coach for the boys varsity program appeared and he accepted the position. Coach Malloy was hired after the summer program had completed so the opportunity to work with the team during this valuable time was missed. However, Coach is not totally in the dark as to what his team looked like as he spends many nights as a basketball official and has refereed many games for the Lions. Currently the Lions are 1-2 defeating county rival West Washington on a shot with 2 seconds left. The script was flipped this past Saturday as Henryville made a miraculous tip in at the buzzer to beat the Lions by 1. Their next game is this Saturday (Dec. 11) @ Mitchell. 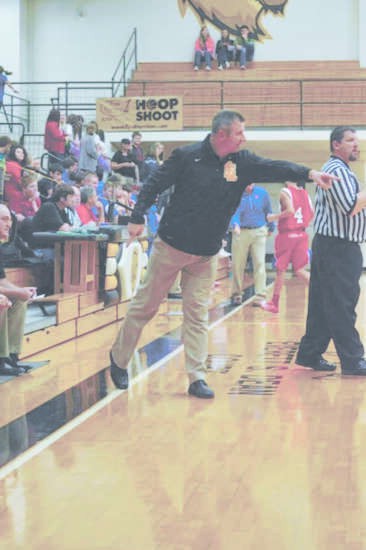 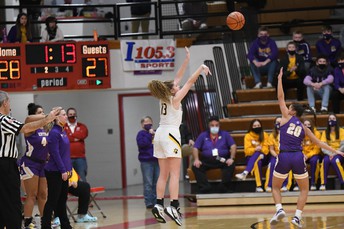 Lady Lions Basketball Ranked #8 in 3A 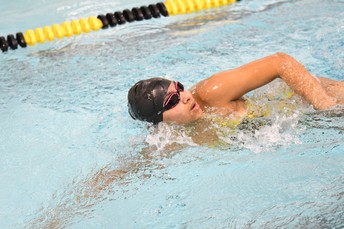 Salem Swim Off to a Great Start 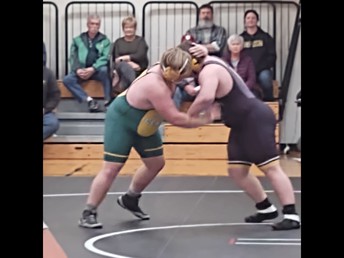 The Lions placed 2nd in the Annual Fugate Invitational hosted by Scottsburg. This is a 2 day event featuring 10 teams. The Lions hosted their first home meet of the year on Tuesday vs. Floyd Central. Their next meet is at Charlestown for the MSC duals this Saturday (12/11) and then they have home meet Tuesday the 14th vs. Paoli.

The Salem Athletic Hall of Fame (HOF) can include former athletes, coaches, and persons of merit who have made a huge impact on our athletic programs. To receive information concerning criteria and also to obtain a nomination form please contact the Athletic Office at 812-883-3904 or email hweedin@salemschools.us.

Nomination forms are also attached in link below. Scroll down to bottom of this newsletter to find the attachment.

The "Lions at the Next Level" wall is not affiliated with the HOF although a former athlete may be recognized for both. The Lions at the Next Level project is designed to recognize former Lion athletes who went on to compete for 4 years (completed eligibility) at the collegiate level AND obtained his/her college degree in the process. To receive more details on this process and what is required please contact the Athletic Office at the number/email listed in the paragraph above. 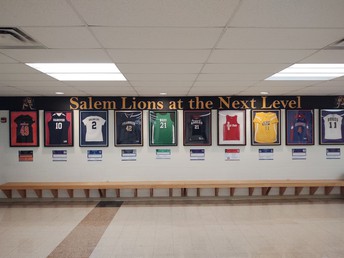 Lions at the Next Level 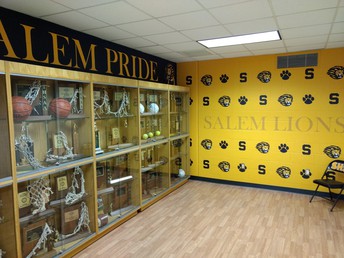 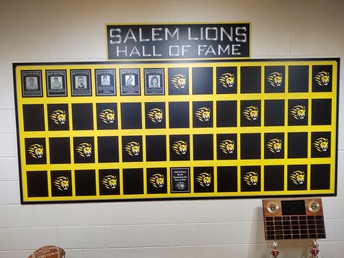 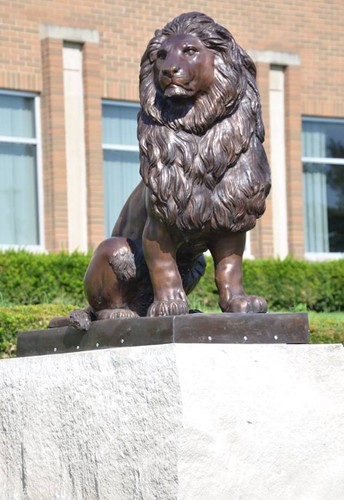 Follow Hank Weedin
Contact Hank Weedin
Embed code is for website/blog and not email. To embed your newsletter in a Mass Notification System, click HERE to see how or reach out to support@smore.com
close