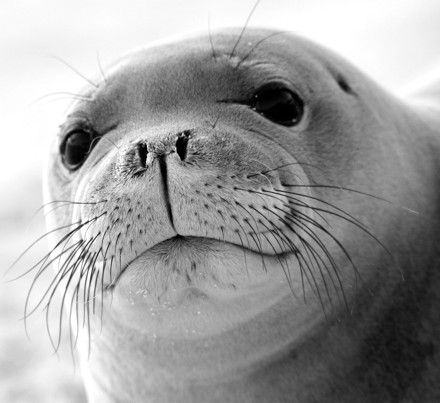 There are currently around 1,000 hawaiian monk seals today; about 907 in the Northwestern Hawaiian Islands, and 153 in the main Hawaiian Islands. The population drops about 4% per year. Over the past years, the reported births of the seals have gone up in the main hawaiian islands. The small amount of births is helping the seal population recover.

Hawaiian monk seals have a similar fat content to their relatives that inhabit polar waters and have developed behavioural adaptations to cope with the warmth of their tropical habitat; they are mainly nocturnal, spending the day hauled out on sandy beaches often in wet sand by the waters edge

During the 1800s, Hawaiian monk seals were persecuted for their meat, hides and oil; their habitat was also disturbed by bird guano and feather collectors. Entanglement in marine debris that accumulates around the islands from the Pacific, also disturbance from humans, threatens this species. Other threats such as predation by sharks and the prevalence of violent behaviour of mature males, also play a part in the decline of monk seal numbers.

On June 8, 2010, a new bill was signed into law by the Lieutenant Governor of Hawaii that makes it a felony to harm a Hawaiian monk seal, and fines up to $50,000 for those who commit crimes against the seals.

This law is a great sign of the commitment Hawaii is making toward the protection of the monk seal.

There are many different organizations where you can donate your money or even adopt a monk seal. That money will go to helping the sick or injured monk seals. 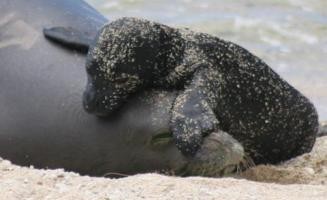 The Hawaiian Monk Seal is considered endemic to the Hawaiian Islands. They are carnivorous, feeding on a wide variety of invertebrates and fish. Occasionally, they will feed upon birds or even other seals. They also tend to eat the common seafood of their area. If this animal species isn't helped, there is no where else to find them. They are extremely close to becoming extict and there are many things you can do to help.

The Marine Mammal Center : Save the Hawaiian Monk Seal!

Follow Ashley Smith
Contact Ashley Smith
Embed code is for website/blog and not email. To embed your newsletter in a Mass Notification System, click HERE to see how or reach out to support@smore.com
close