The Penn Class finished off the year strong! The students were excited to receive their published book, We Love Ourselves, and proud to see themselves as published authors/illustrators.

In Reading Studio, the class reviewed the comprehension strategies that were focused on throughout the year. The students applied their knowledge of the strategies to fiction and nonfiction text, monitoring for meaning, schema, questioning, making inferences and creating sensory images. They practiced each through independent and partner reading and listening to reading. The students participated in a self-reflection activity to culminate the year, where they reflected on how they grew in multiple areas of reading—fluency, accuracy and comprehension.

In Writing Workshop, the students wrote as poets. They read various types of poems and discussed what they noticed about poetry. They wrote a variety of poems that included personification, list and descriptive poems. Going through the writing process, each student published their own poetry book. To celebrate their work, the class held a poetry reading for the Penn Class families.

In Discovery, the study of trains continued with creating a timeline to show the progression of trains throughout history. The class went into the field and explored the local regional rail line. They interviewed workers, examined maps, rode the train and recorded observations. They built upon their knowledge from studying electricity to learn about how the train was powered. Students drew and labeled diagrams of each type of train to help them explain to others what they had learned. The class decided to build a model train set in the classroom. They each chose a group to be a part of—Track, Station, Catenary or Train. Using various building materials, they applied what they learned to create an excellent model. They presented the model to visitors, providing an explanation for not only how it works, but other information they learned throughout our study.

In First Grade Math, the students learned about geometry, studying the attributes involved in identifying and classifying various geometric figures. Attribute Train and Make My Design were games the students enjoyed playing. The students then were introduced to equal parts and fractions through hands on sharing activities. They finished the year with counting various combinations of quarters, dimes, nickels and pennies and were introduced to making change. Students continued to reinforce and build their knowledge of money through playing the Dollar Exchange Game.

Second Grade Math students finished off the year with measurement, decimals, and place value. Students had fun working with measuring the length, perimeter, area, capacity, and weight of various items and spaces in school, using both standard and metric units of measure. Students used prices of amounts of less than $100.00 to write and solve math problems that involved combining bill and coin combinations and making change. We also enjoyed exploring tangrams and other math manipulatives as the year closed. 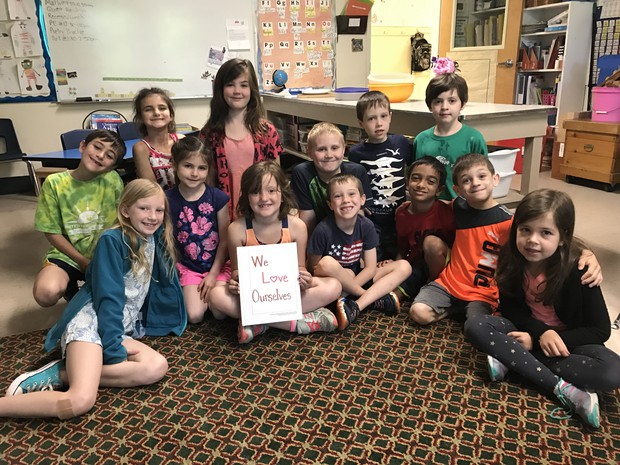 The Fox Class read People of the Corn, a Mayan story by Mary-Joan Gersona. We read many books related to the Aztec, Maya and Inca tribes. Students also read individual books and looked for examples of figurative language; simile, metaphor, personification and alliteration. We read the cumulative tale, The Tree by Tim Vyner and then we read other cumulative tales. At the end of the year, we performed Shakespeare’s play, “A Midsummer Night’s Dream.”

Third Grade Math students learned about volume. The students figured out the formula for volume by looking at data they collected by filling boxes with centimeter cubes. We read the book, ”Gator Pie,” as an introduction to fractions. We compared fractions and found equivalent fractions. We divided the class into various fractions. “Step forward if you are wearing Velcro sneakers. What fraction of the class is wearing Velcro sneakers?” We built attribute difference trains; thinking about the size, shape and color of the manipulatives.

In 4th Grade Math, students have completed the units on perimeter and area and fractions, decimals, and percents. In these units, students learned about finding perimeters and areas of rectangles, parallelograms, and triangles, learned about finding equivalent decimals and percents when given a fraction, and learned how to multiply and divide with decimals. We continued to reinforce these concepts through various games and puzzles and students continued to practice problem-solving strategies using Problem Solvers.

The Fox Class began the Science unit on bridges by reading Bridges by Carol A. Johmann. Then we built some sample bridges using K’nex. We talked about the differences in structure between the various designs. Then the children designed and built their own bridges using toothpicks and glue according to specifications. We learned the vocabulary of bridges.

The students chose one topic to research about the Maya, Aztec and Inca Tribes. They made a Venn diagram to show what the tribes had in common and how they differed. We went on a field trip to The University of Pennsylvania Museum of Archaeology and Anthropology, commonly called the Penn Museum, to see artifacts related to all the tribes we studied. 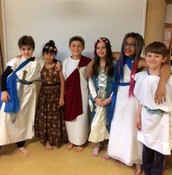 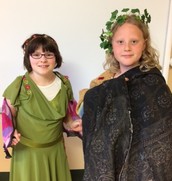 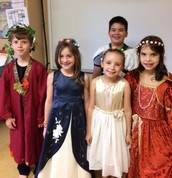