Building a Portrait with Color

Building a Portrait with Color

Can you mix skin tones? 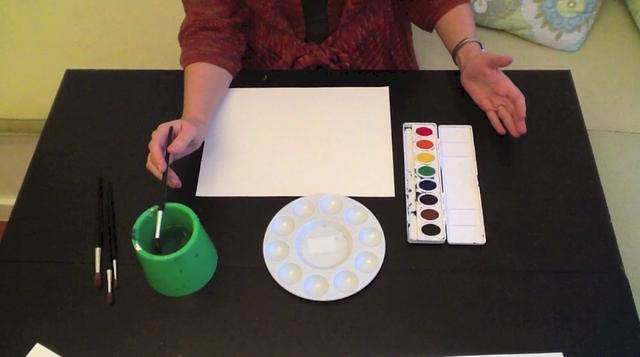 vimeo.com
It is easy to create beautiful skin tones using a basic pan of watercolor paints. This video shows you the simple steps that will result in a wide range of lovely…

Read about the Artist, Chuck Close

Close had been known for his skillful brushwork as a graduate student at Yale University. There, he emulated Willem de Kooning and seemed "destined to become a third-generation abstract expressionist, although with a dash of Pop iconoclasm".[2] After a brief experiment with figurative constructions, Close began copying black-and-white photographs of a female nude in colour on to canvas.[9] As he explained in a 2009 interview with the Cleveland Ohio Plain Dealer, he made a choice in 1967 to make art hard for himself and force a personal artistic breakthrough by abandoning the paintbrush. "I threw away my tools", Close said. "I chose to do things I had no facility with. The choice not to do something is in a funny way more positive than the choice to do something. If you impose a limit to not do something you've done before, it will push you to where you've never gone before."[10] One photo of Philip Glass was included in his resulting black and white series in 1969, redone with water colors in 1977, again redone with stamp pad and fingerprints in 1978, and also done as gray handmade paper in 1982.

Working from a gridded photograph, he builds his images by applying one careful stroke after another in multi-colors or grayscale. He works methodically, starting his loose but regular grid from the left hand corner of the canvas.[11] His works are generally larger than life and highly focused.[12] "One demonstration of the way photography became assimilated into the art world is the success of photorealist painting in the late 1960s and early 1970s. It is also called super-realism or hyper-realism and painters like Richard Estes, Denis Peterson, Audrey Flack, and Chuck Close often worked from photographic stills to create paintings that appeared to be photographs. The everyday nature of the subject matter of the paintings likewise worked to secure the painting as a realist object."[13]

Close suffers from Prosopagnosia, also known as face blindness, in which he is unable to recognize faces. By painting portraits, he is better able to recognize and remember faces.[14] On the subject, Close has said, "I was not conscious of making a decision to paint portraits because I have difficulty recognizing faces. That occurred to me twenty years after the fact when I looked at why I was still painting portraits, why that still had urgency for me. I began to realize that it has sustained me for so long because I have difficulty in recognizing faces."[15]

Although his later paintings differ in method from his earlier canvases, the preliminary process remains the same. To create his grid work copies of photos, Close puts a grid on the photo and on the canvas and copies cell by cell. Typically, each square within the grid is filled with roughly executed regions of color (usually consisting of painted rings on a contrasting background) which give the cell a perceived 'average' hue which makes sense from a distance. His first tools for this included an airbrush, rags, razor blade, and an eraser mounted on a power drill.

Determination, Perseverence and Building Portraits in a Large Scale!

Chuck Close on his physical challenges 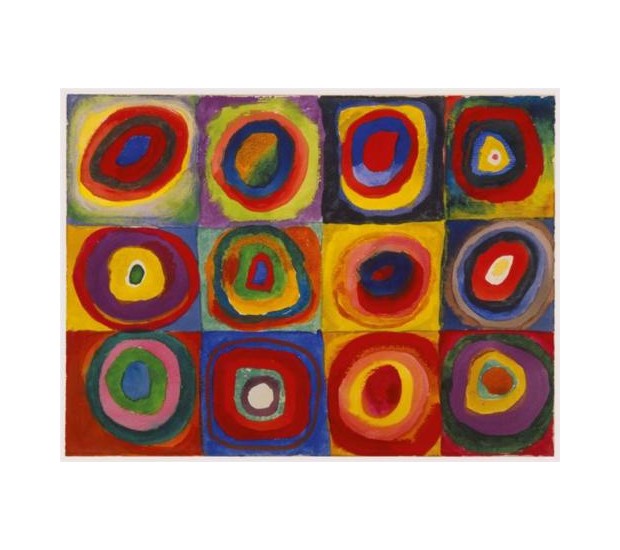 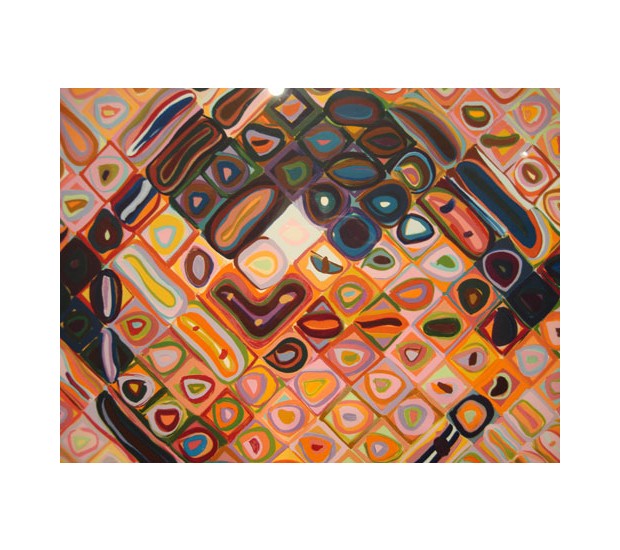