This place is a dealership were they sell sports cars. Mainly they sell Lamborghini's. It is shaped like an octagon. It has the fastest Lamborghini in the world on the top. If you go to this city you have to have a sports car.

The towers have a big ball at the top. They are hotels. One of the hotels has a fire lane gt in the front. The other has a ford galaxy parked in the front. Both of them are congruent.

The Berger houses each are the same. One has a truck in front. The other has a Christer and a offroader. These both are congruent one of them has the sports car dealership in front. 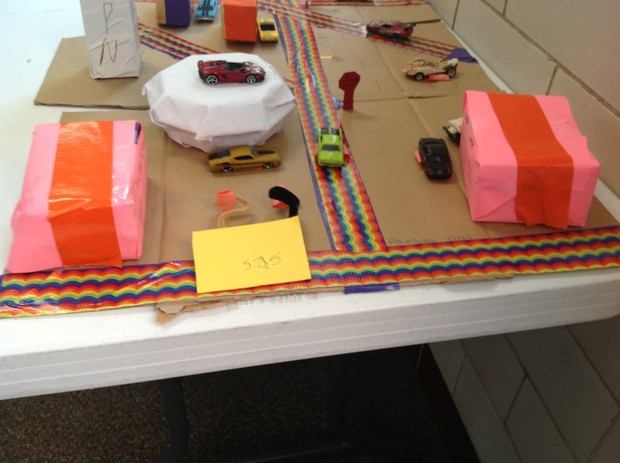 Follow Charlie George
Contact Charlie George
Embed code is for website/blog and not email. To embed your newsletter in a Mass Notification System, click HERE to see how or reach out to support@smore.com