Get email updates from Tommy:

Apollo 1 was supposed to be the first manned flight program of the Lunar Landing Program and was scheduled on January 27, 1967. Three astronauts, Lt. Colonel Vigil I. Grissom, a veteran of Mercury and Gemini missions; Lt. Colonel Edward Higgins White, the astronaut who had performed the first United States extravehicular activity during the Gemini Program; and Roger B. Chaffee, an astronaut preparing for his first space flight. All of brave men were killed in a fire in the Apollo Command Module during a pre-flight test at Cape Canaveral. Training for the first crewed Apollo flight, an Earth orbiting mission scheduled to be launched on February 21, 1967.

Hold Back & Changes to Apollo Program

The Apollo Program was put on hold while an exhaustive investigation was made of the accident. They concluded that most likely the cause was a spark for a short circuit in a bundle of wires that ran to the left of Grissom's seat. The large amount of flammable material in the cabin in the oxygen environment allowed the fire to start and spread quickly. A lot of changes were happening in the program over the next year and a half, including designing a new hatch which opened outward and could be operated quickly, removing much of the flammable material and replacing it with self-extinguishing componets, using a nitrogen-oxygen mixture at launch, and recording all changes and overseeing all modifications to the spacecraft design more rigoroulsy.

When technicians ran towards the sealed Apollo it was already too late, the Command Module ruptured. Flame and clouds of black smoke billowed out, filling the room. When firemen arrived, the 3 astronauts were already dead. After doctors examining the situation, the astronauts died of carbon monoxide asphxia and thermal burns. Fire had destroyed 70% of Grissom's space suit, 20% of White's and 5% of Chaffee's. The mission originally designated Apollo 204 but commonly referred to as Apollo 1 was officially assigned the name "Apollo 1" in honor of Grissom, White, and Chaffee. 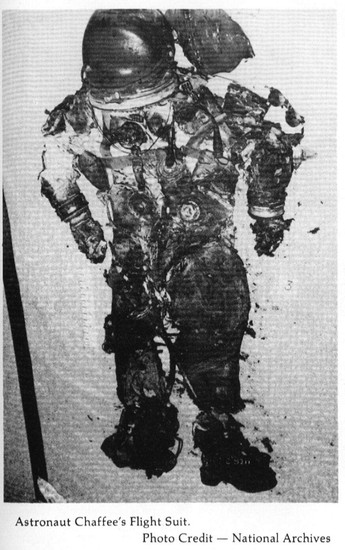 Follow Tommy Yonemura
Contact Tommy Yonemura
Embed code is for website/blog and not email. To embed your newsletter in a Mass Notification System, click HERE to see how or reach out to support@smore.com
close