The author of my book is Sara Shepard. She isn’t just the author of The Lying Game series but she is also the author of the Pretty Little Liars series. She graduated from New York University and has a MFA in creative writing from Brooklyn College. Sara recently moved to Arizona. Her birthday is April 8th, 1977.

The character I chose is Emma. Emma has or had a long lost twin sister named Sutton. Emma's mother abandoned her when she was 5 so she lived with foster families almost her whole life. She has wavy light brown hair and blue eyes. Shes kind and quiet. 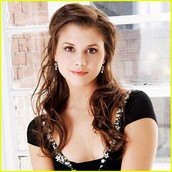 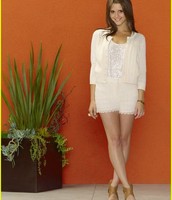 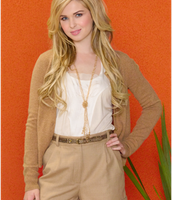 The setting's are in Tucson, Arizona and Las Vegas.

Emma hasn't always lived in a foster home. She had a mother and her name was Becky. She wasn't the best mother, so one day she abandoned Emma. Now fast forward 17 years. Emma’s life was going pretty well until her stupid foster brother named Travis showed his mom a video of somebody that looked a lot like Emma, getting strangled by a necklace. Her foster mother thought it was Emma, so she kicked her out. Emma did some research on who the girl in the video was and figured out that it was a girl named Sutton Mercer who lived in Tucson, Arizona. She asked her if she was adopted and that she thinks that they're twins. Sutton answered her and told Emma to meet her in Tucson, Arizona. When she arrived she realized that Sutton wasn’t in Tucson…. she kept getting messages from somebody saying that that Sutton's dead and if Emma doesn't keep pretending to be Sutton, she’ll be killed. She didn’t want to be killed, so she just kept pretending to be Sutton. Read this book to figure out if she finds out who is blackmailing her, and who killed Sutton. 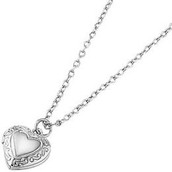 To buy Sutton's necklace you can call or email :

Text to text = in this book there are two twins and in the book The Land Of Stories there's also twins.

Text to self = In this book the twins have brown hair and so do I.

Text to world = In the book somebody is a foster child and sadly some people in the world are foster children too.

I recommend this book to people who like mystery and fiction . When I read this book I couldn't stop it was so good. They're are some inappropriate parts and language so

I wouldn't recommend it for people under 11 years old. I would give this book 5/5 stars.