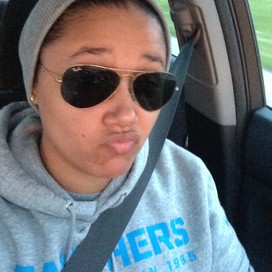 Azze is using Smore newsletters to spread the word online.

Get email updates from Azze:

Bring on the Rice!

Bring on the Rice!

South Carolina Was Allied Up With Who?!

When a lot of European's arrived to the New World they would normally become allies with the Native Americans. Indian tribes competed to trade with the Europeans, and other rival groups of Europeans had a hard time to dominate the trades. In the colonial times Indian wars were normally would have put one Indian tribe and a group of Europeans together as allies up against another rivalry tribe.

Changing Times in The Carolina's

The New World had been put on a temporary disruption from colonizing because of the leader at the time, Oliver Cromwell. King Charles II took the throne in 1660, once he was on the Throne the colonization of the New World began again. The colonies that were created under his rule were called "Restoration Colonies". The Carolina's were a part of those new colonies, the first of our settlers arrived in the Carolina's in 1670. When they got there they realized that the climate was perfect, the soil was fertile and perfect for farming. Over the first year there it was learned there were up 295 days of growing season. Unlike in the northern colonies the agriculture was not always perfect for farming. In 1690, South Carolina developed it's staple crop-rice, it became the way that the Carolina's made their income. With high demand now for rice there was not enough people for the labor that had to be put into keeping up with the rice. With the need for more labor the Carolina's went through Barbados Connection to get slaves to the south for labor and help in the fields with the rice. After, the Carolina's realized that rice would be their economy's biggest asset the amount African slave population increased to over half of our population by 1720. When the Carolina's were first colonized it was not known as a slave society, but know it seems that's what our colony is centered around.

Research taken from Of the People and

Azze is using Smore newsletters to spread the word online.