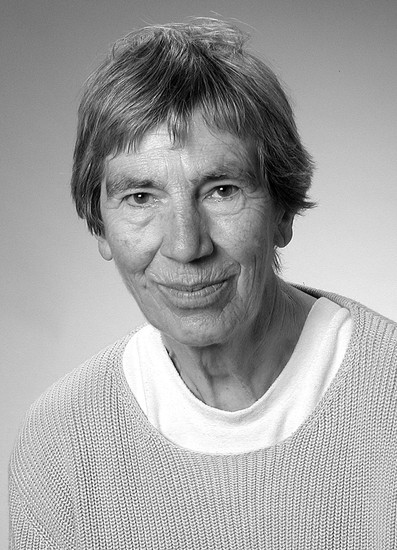 Beate Kuhn was born in 1927 in Düsseldorf, Germany and is still alive today. She first studied art in 1949, also in Germany. She went through a lot of training and schooling specifically for art. In 1957 she made her own pottery studio and worked on her own. She is known as the most important ceramicist in Germany because of how influential she has been.

Beate Kuhn uses almost entirely organic shapes. She incorporates lots of curves into her work, usually having very smooth textures. Bright and pretty colors are used in each and every piece. She also makes ceramic animals, but adds her own twist to them. They don't look exactly like a real life animal would, but you can easily tell what animal they represent. 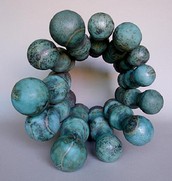 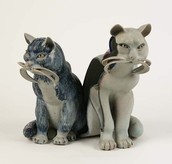 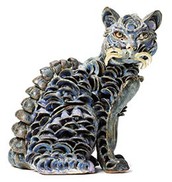 I really enjoy Beate Kuhn's work because it is simply just different. I like her color choices and the fact that she likes to make animals. I think it's good that she makes animals because it shows a different representation and viewpoint of someone.

She uses a lot of shape in her artwork, along with form. One thing that there isn't much of is texture. She typically keeps her organic-shaped work smooth, but her animals do however show texture, and lots of it! Beate Kuhn doesn't really show a lot of function in her work, she mainly focuses on the form and the looks of it.

Follow Elizabeth Thomsen
Contact Elizabeth Thomsen
Embed code is for website/blog and not email. To embed your newsletter in a Mass Notification System, click HERE to see how or reach out to support@smore.com
close