Kenley is using Smore newsletters to spread the word online.

Get email updates from Kenley:

Read to discover how Ponce's search stumbles into another.

Read to discover how Ponce's search stumbles into another.

Kenley Miller From the NWR series 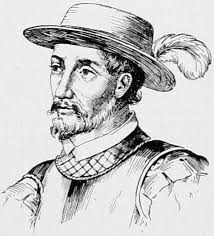 A young page to good to be true becomes a solider at age twelve. Already going on an expedition with another famous explorer. Becoming a planter and then serving a greedy king. Finally to take over a native american tribe and search for a never found fountain. 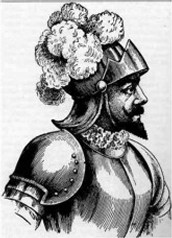 Not long after that Ponce went to America (known as the new world) with another Famous explorer, Christoper Columbus, they went with him on his second voyage to the new world. 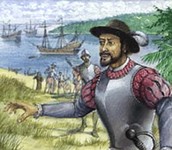 From solider to planter

They were still on the island settled and all, with a new king. Then in 1502 Ponce got married. The Native Americans were still in slavery, and giving up. Some worked till their deaths, some would poison their selves, and some would fled to swamps but the Spaniards wild dogs would chase them down. Many died of diseases that came from Europe because they were not immune to the diseases.

Then Ponce was willing to work as a planter for a king did not know very well but he was poor and needed fortune. Ponce was a successful planter because of the Native Americans that helped him. They taught him how grow sugar cane and native corn called maize. The Spaniards used sugar cane to make rum a liquor. After all that work ponce had done he then became wealthy.

An Island of Endless Youth?

The Native Americans soon told every one about a fountain of endless youth. Ponce was not sure to believe them but, it would be worth a try. The fountain of youth could heal and could make people young again if they drank or bathed in it. (if it is not make believe)

They went to an island called Bimini, believing it was there. Then he soon found out the king's true nature and disliked him. Soon enough people were getting impatience and told that they would give gold for youth. 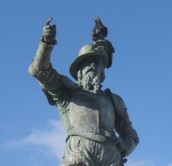 Then after many years they were loading the ships again, with 200 men aboard getting ready to find the fountain of youth. When they got to land they were on the west coast of Florida. Ponce claimed it for Spain and named it Florida, witch means full of flowers.

They were being very careful but suddenly a violent Native American tribe called Seminole attacked with bows and arrows. They fought back with many weapons and a type of gun called a arquebuse. Ponce got shot by an arrow in his leg and died in July 1521.

arquebuse- a matchlock gun that was invented in the 15th century

violent-a fight trying to hurt, damage, or kill someone or something

Kenley is using Smore newsletters to spread the word online.