The main character of Women's Right to Vote is really Susan B. Anthony. And really just women. 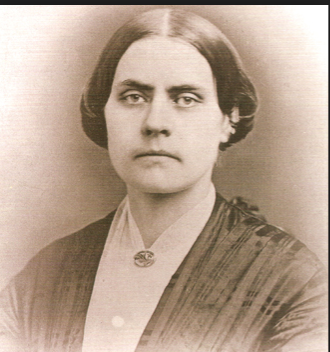 Susan B. Anthony Got arrested for breaking a law...

After her arrest for casting an illegal vote in the presidential election of 1872. She got fined for $100 but she did not decide to pay.

Main Idea of Susan B. Anthony

Throughout the claim Of Susan B. Anthony On Women's Right to Vote, it is evident that In the 1800's, women in the United States had few legal rights and did not have the right to vote.

Quotes of Susan B. Anthony from her Women's Right to vote

"And its downright mockery to talk to women of their enjoyment of the blessings of liberty while they are denied the use of the only means of securing them provided by the democratic republican government the ballot.''

" For any state to make sex a qualification that must ever result in the disfranchisement of one entire half of the people, is to pass a bill of attainder, or, an ex post fact of law, and is therefore a violation of the supreme law" 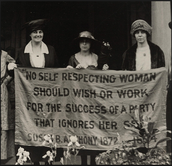 These are some women fighting for there rights. 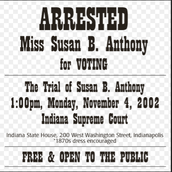 This is the poster that they had from when Susan B. Anthony got arrested.

The corporation of Women's Suffrage-

This was the corporation of the Women's suffrage. There letting the women decide what they should do.