Polio is a highly infectious virus with the Picornaviridae family. There are three different types of polio viruses and they differ with the molecular structure regarding the Capsid proteins. It mainly only affects parts of India, Nigeria, Afghanistan and Pakistan. It can lead to paralysis, breathing problems, and rarely death. Polio is both symptomatic(5%) and asymptomatic(95%). Obviously most of the cases are no symptoms, but symptomatic cases can be also known as nonparalytiv or abortive polio. 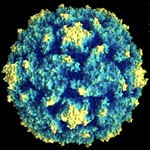 Polio enters the body through the mouth, it then begins to proliferate or duplicate/reproduce i the Pharyngeal Epithelium. After, it colonizes the intestines where it then multiplies rapidly. It leaves the body or gets into the enviroment by feces. If there is a population that has bad hygiene then those conditions spread that virus. Which is why parts of India, Nigeria, Afghanistan and Pakistan have the most conditions. Polio mainly affects children under 5. 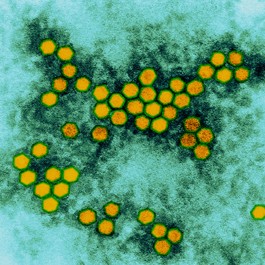 Most common injury or affect!

The period that an individual has the virus is usually between 3-35 days. About 95% of infected people show no symptoms at all. But those that do have fever, fatigue, headache, vomiting, stiffness of neck, and body pain, usually in the back. Polio paralysis occurs only if the virus enters the cells of the bodies Nervous System. About 1% of infected individuals have permanent paralysis of the limbs, it is usually in the legs. 5-10% of those patients die because of lung paralysis, which results in not being able to breathe. 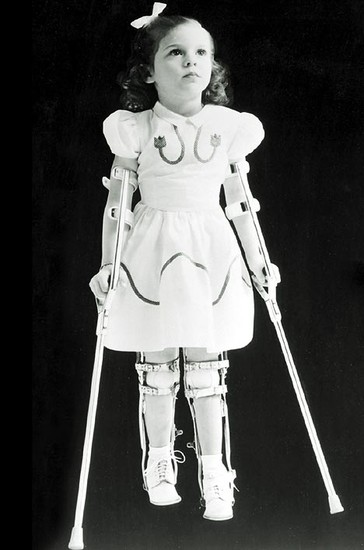 Weapons or Treatments for Polio and How dangerous is this criminal?

In my opinion this criminal is about a 5. Only about 5% actually suffer from this disease and only 1% of those actually ends up paralyzed.
There are no actual treatments for polio, but there are 2 vaccines available. The first one is the oral vaccine, which has a live unintensive virus. Many countries choose to get this vaccine because of its low cost, and ability to provide great immunity in the intestine. But what some people don't know is that it can actually revert and form that is able to paralyze the victim.
With IPV being injected, there is zero risk of vaccine-associated paralyses. This vaccine is mainly only used in countries that are polio-free.

Follow Emma Jett
Contact Emma Jett
Embed code is for website/blog and not email. To embed your newsletter in a Mass Notification System, click HERE to see how or reach out to support@smore.com