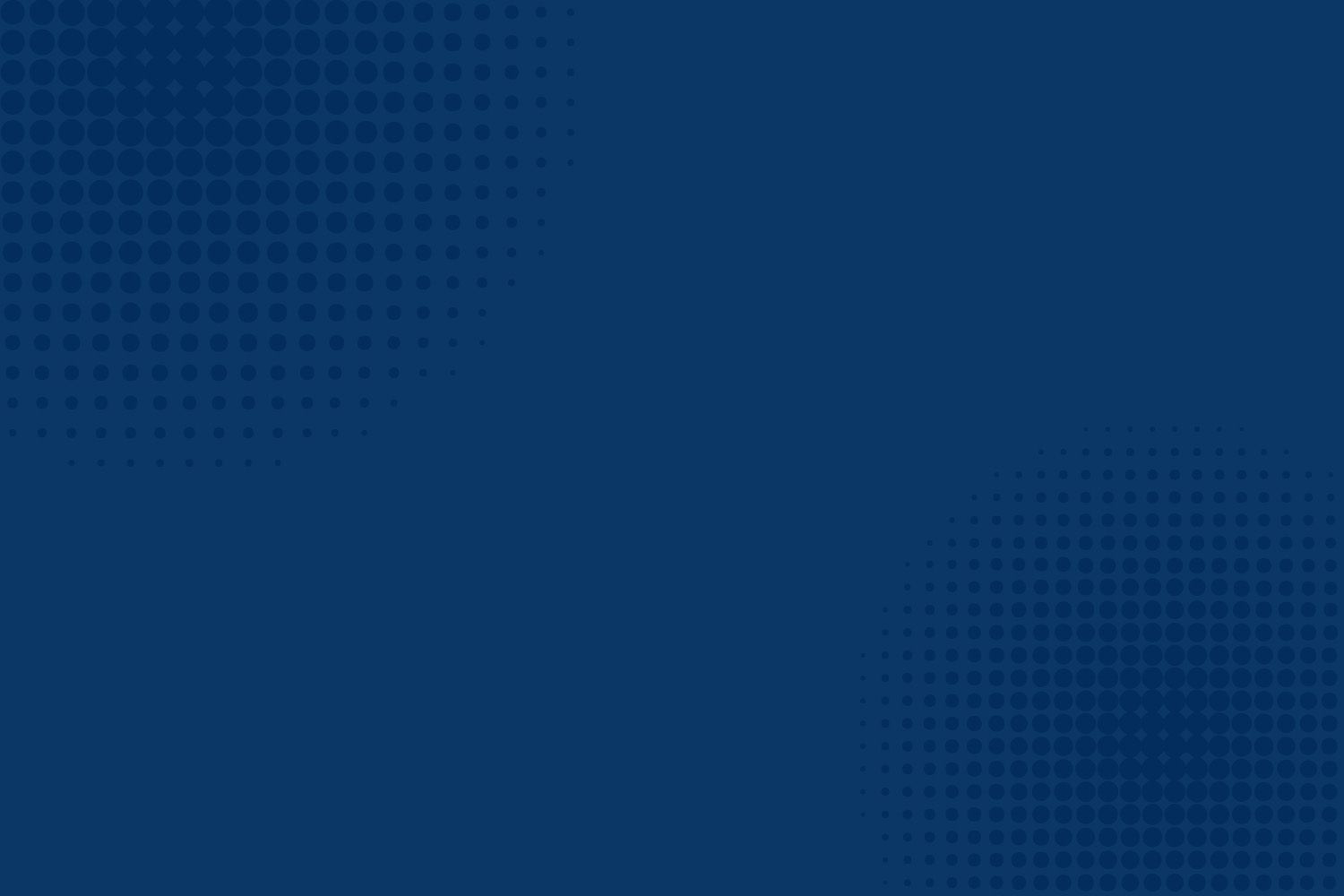 Firefighters encouraged students to know their family’s plan in the event of a fire, while also sharing information about smoke detectors, how to stop, drop, and roll, and more.

Students were treated to the always popular Sparky, who appeared on a remote control fire truck, during a life-size demonstration on smoke detectors and a puppet show. In Coon Rapids, elementary students have the opportunity to participate in a poster contest and the chance to earn a spot at a pizza party with CRFD at a fire station later this year.

Anoka-Hennepin is proud of its partnerships with local police and fire departments and works to create safe and welcoming learning environments for all students. 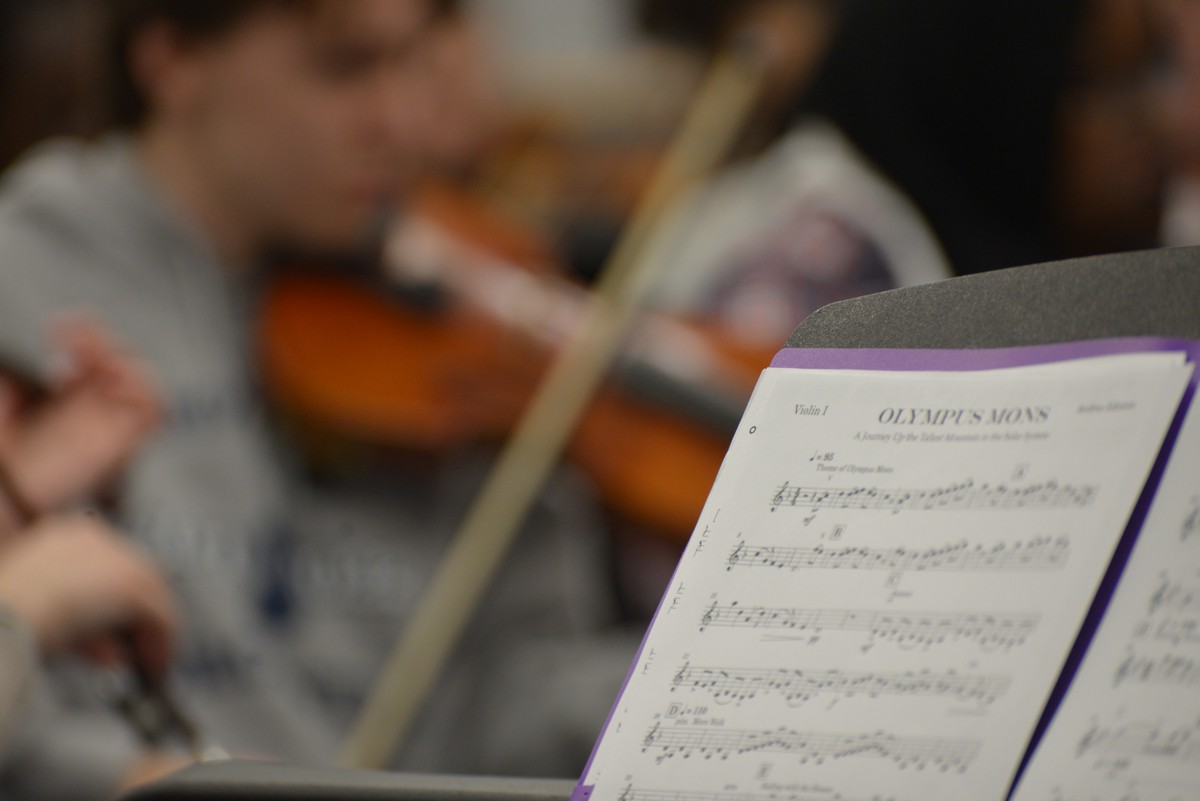 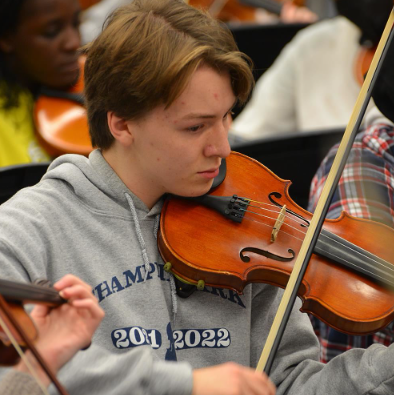 When the Champlin Park High School (CPHS) concert orchestra puts bow to string in their first performance of the school year Oct. 18, it will be an extra special night for one high school junior. Andres Johnson, a member of the concert orchestra, has been hard at work over the past seven months composing an original piece that will be performed live for the very first time.

Johnson’s composition, titled Olympus Mons, was inspired by his love for space and tells the story of a journey to the top of the tallest mountain in the solar system. The song has nine parts, with each part telling a story about the journey, including obstacles such as Mars quakes and dust storms. The notes hit the crescendo as the final destination is reached, the summit of Olympus Mons.

Johnson has been creating music for the piano for some time, but this was his first attempt at an orchestral piece.

“All of my life I have been creating music,” Johnson said. “I decided that maybe I should try making an orchestra piece, so I emailed Mr. Comstock [CPHS orchestra instructor] and asked if I could write one.”

He began working on the project in March during spring break. Following many hours of work and revisions, Johnson gets to hear his piece come to life each day during first-hour rehearsal.

When asked what it’s like to hear his music played by his classmates, he responded with a fitting answer for a composer of orchestral music. “It tickles my heartstrings,” Johnson said.

The CPHS concern orchestra will perform for the first time this school year on Tuesday, Oct. 18 at 7 p.m. in the auditorium.

Learn more about Johnson and his original composition. 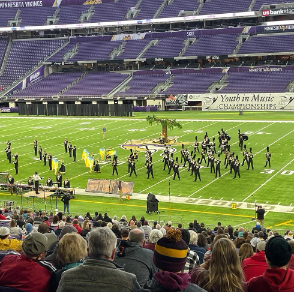 Blaine High School scored 66.750 for second place and Anoka scored 65.750 for third place in Class A. CRHS finished seventh in scoring and Andover High School was ninth in the Class A preliminary competition.

Earlier this fall, the BHS marching band placed third overall at the Bands of America Iowa regional held in September.

CPHS placed third in Class AA competition with a score of 73.650. 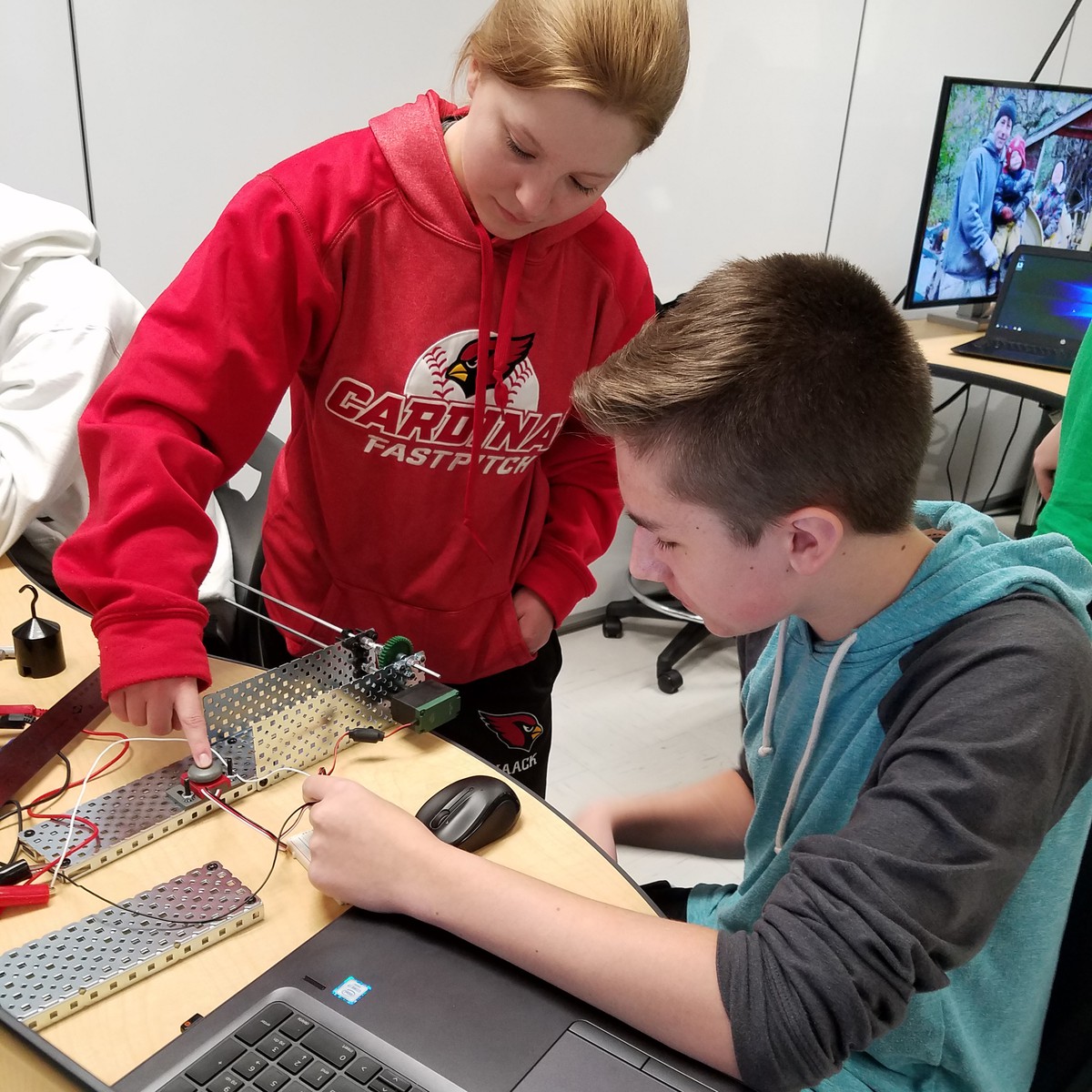 Anoka-Hennepin offers 12 specialty and magnet schools at the elementary, middle and high school levels and are designed to provide families with additional choices at no cost. Students who live within the Anoka-Hennepin boundaries may apply to enroll at any of the specialty or magnet schools.

The magnet schools are offered to students districtwide in partnership with the Northwest Suburban Integration School District (NWSISD) which provides transportation to those schools. The application window is open for the 2023-24 school year, closing Dec. 31, 2022. Students may enroll at the specialty schools using an in-district transfer process without transportation. Applications are accepted between Dec. 1, 2022 and Jan. 15, 2023 for priority consideration.

The specialty and magnet schools are hosting information nights/open houses for parents to learn more about the programs offered. These events range from mid October to mid January.

For specific open house dates, more information on each of the specialty and magnet schools and the application/enrollment process, visit ahschools.us/specialtymagnet. 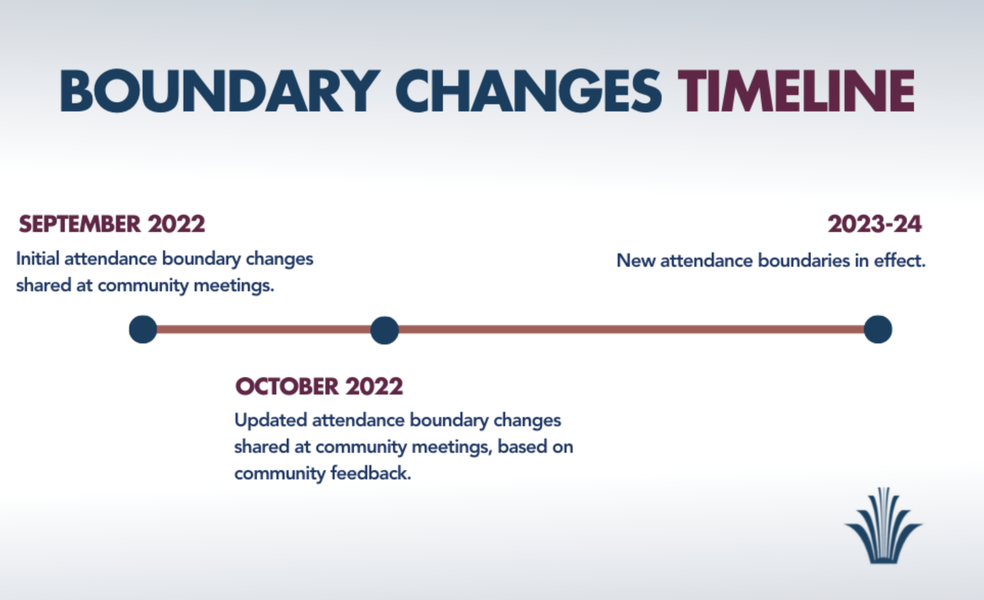 This week, the district concluded a series of eight community meetings held in September and October at locations in each area of the school district to provide families, staff and community members the opportunity to see attendance boundary proposals, ask questions and provide feedback. Meetings were streamed online, live, and are archived on the boundaries website.

Recommendations will be presented to the School Board Nov. 7, and the board is expected to take action at its Nov. 21 meeting with a final vote. Updated boundaries are to go into effect in the fall of 2023. View the boundary change timeline for implementation.

There are no boundary changes proposed in the Andover or Coon Rapids communities. High school boundaries are also not proposed to change.

Read more details about proposed changes in the following community cluster of schools:

The district continues to seek feedback from families, staff and community members on the current proposals. Submit feedback via online form at ahschools.us/boundaryfeedback or by emailing boundaries@ahschools.us.

Watch the video, read the story. 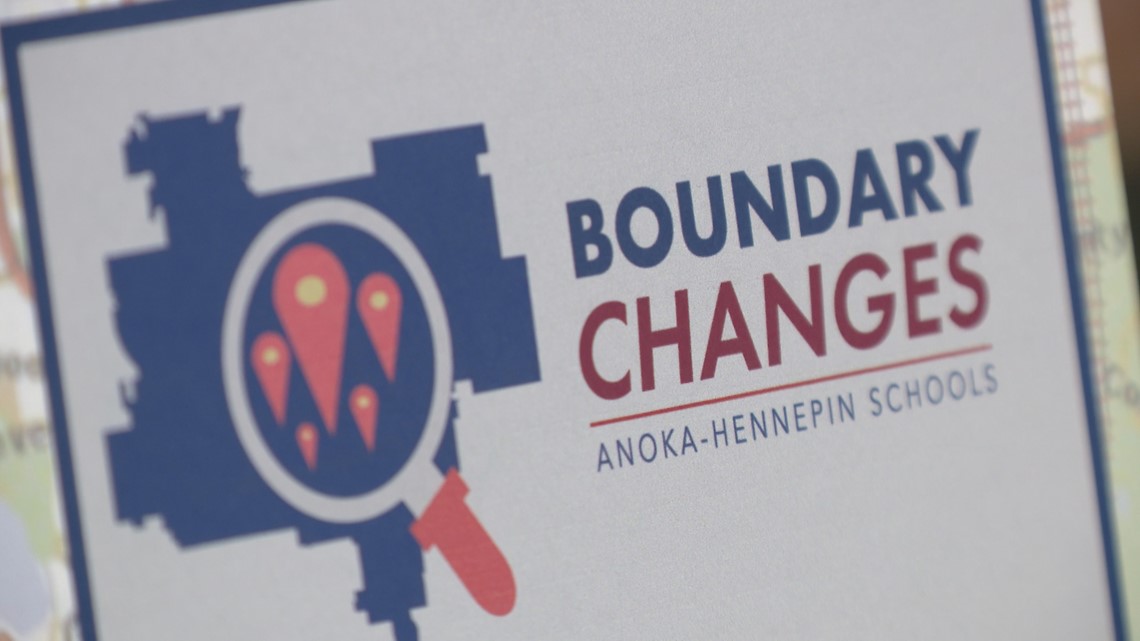 The district says population growth in Blaine, Champlin and Dayton is forcing shifts. CHAMPLIN, Minn. - The Anoka-Hennepin School District is considering boundary changes that would impact 12 elementary schools and two middle schools, due to an explosion of population in the eastern and western edges of the state's largest district.

Join parents and guardians of students of color from around the district for updates, discussion and action planning as part of the Parent Advisory Committee for Racial and Ethnic Equity (PACREE).

Increasing involvement from parents and guardians in education to impact educational outcomes and supporting a sense of belonging in school is the driving force behind PACREE.

Get behind your team! Have a game plan before you arrive at high school games. 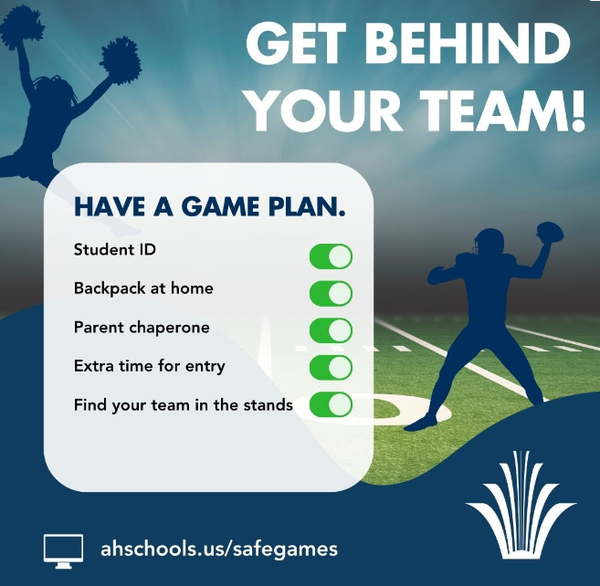 Safety at school events continues to be a focus area for the district and surrounding communities. Anoka-Hennepin recently increased security procedures at events to ensure safety following incidents at other metro area high schools. These guidelines limit entrance to students at participating schools with identification and adult supervision for younger students, amongst other strategies.

As your family makes a plan to attend school events, keep the following guidelines in mind:

Spectators who are unwilling or unable to follow the rules, regulations, or directions from event staff may be asked to leave the event. For more information, please visit ahschools.us/eventpolicies. 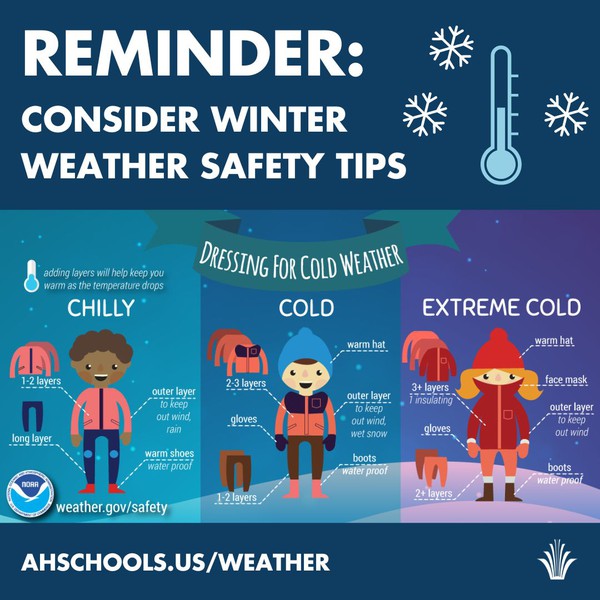 Minnesota weather is shifting gears, and the Anoka-Hennepin School District has plans in place for when extreme winter weather arrives.

The safety of all students is the first priority when determining if schools should stay open in adverse weather. If a determination is made to close school due to extreme winter weather, the district will alert families in a variety of ways, including:

Those responsible for activities scheduled in schools over the weekend will determine if adverse weather conditions necessitate a cancellation.

Read more about the district’s policies on extreme winter weather at ahschools.us/weather. 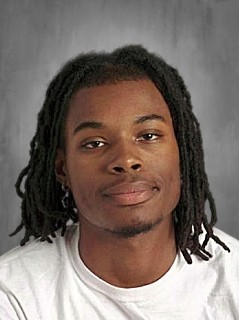 Coon Rapids High School senior CJ Dean made news this week when he was featured as a winner of an award recognizing the nation's most effective leaders under age 18 whose inspiration spreads positive influence for world betterment. Dean earned a $1,000 scholarship along with the award.

Read more about Dean and the positive influence he's making in his community. 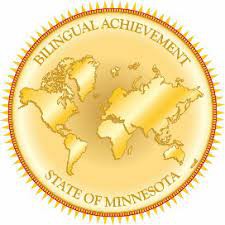 Anoka-Hennepin students in grades 10-12 with a mastery of world languages can use that knowledge to earn special recognitions – World Language Proficiency Certificates or Bilingual/Multilingual Seals.

Additionally, college credit can be awarded to these students who attend or transfer to Minnesota State Colleges and Universities and select other post-secondary institutions within three years of graduation from Anoka-Hennepin.

To learn more about this opportunity, see the languages currently available, and register to take an exam, visit ahschools.us/bilingualseal. 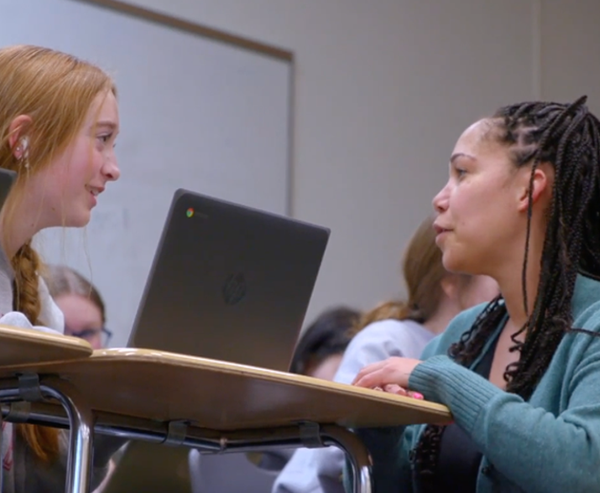 Technology plays an important role in preparing students for life, and Chromebooks are utilized as a daily learning tool in Anoka-Hennepin middle and high school classrooms. Anoka-Hennepin students in grades 6-12 are assigned a Chromebook from the school district to ensure access to technology systems that support classroom learning.

New this year, families have the option to enroll in the Device Protection Plan. Learn more about the Technology Protection Plan - and select or decline coverage.

Putting the "U" in Community Education: The MacDonalds

The game of pickleball is played with a hard paddle and plastic wiffle ball, and it’s exploding in popularity across the country.

Dayton residents Mike and Joan MacDonald just started playing pickleball this month; in fact, they were taking part in their second open gym when we showed up with a camera to check out their skills. The MacDonalds say the game is great exercise and it’s also a great way to meet new people in the community.

Pickleball open gyms take place on Monday and Tuesday nights at Sandburg Education Center in Anoka through mid-December. Open gym hours are 6:30 p.m. – 8:30 p.m. It costs $5 at the door to play. Equipment is provided or you can bring your own. A new Intro to Pickleball class that was available this fall filled quickly, but our adult learning team says it will be offered again.

Putting 'U' in Community Education: The MacDonalds

Minnesota Teacher of the Year nominations 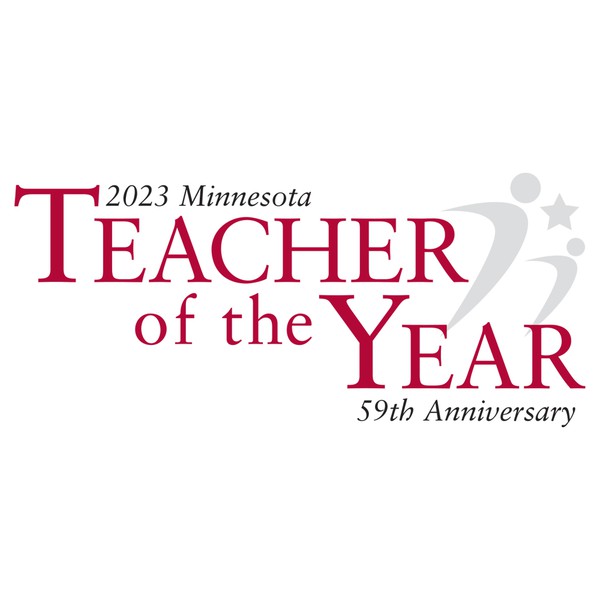 Education Minnesota, the voice for professional educators and students in Minnesota, is now accepting nominations for the 2023 Minnesota Teacher of the Year award program.

Anyone may nominate a teacher.

Apply for educational benefits for the 2022-23 school year 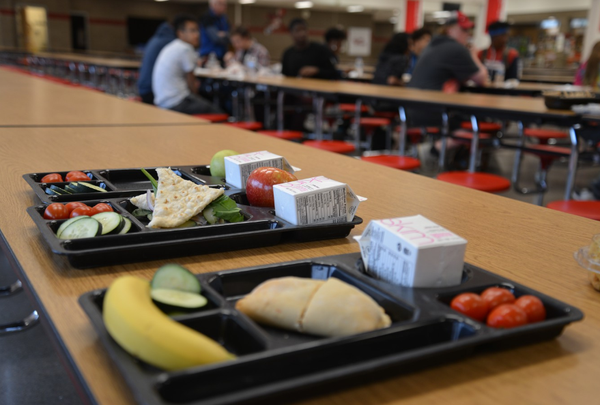 All Anoka-Hennepin families are encouraged to apply for the educational benefits program for the upcoming school year. A new application must be submitted each school year.

By completing this application, students may receive free or reduced fees for transportation, meals, academic, and co-curricular activities. Please visit ahschools.us/freereduced to set up, or log in to your SchoolCafe account, and complete an application for free or reduced-price meal and other benefits.

The educational benefits program not only ensures that students have access to nutritious meals, it also provides critical federal funding for schools.

As a reminder, the federal subsidy to provide free school meals for every student will no longer be available this school year.

Only one application is needed per household. Please contact the child nutrition department with any questions or assistance at 763-506-1240 or staff.CnpEnrollment@ahschools.us.

This e-newsletter is published by Anoka-Hennepin Schools. It's sent to Anoka-Hennepin families and community members who subscribe on a weekly basis during the school year, excluding breaks (and periodically during the summer). Questions, comments or concerns about the Backpack Online e-newsletter? Contact us.