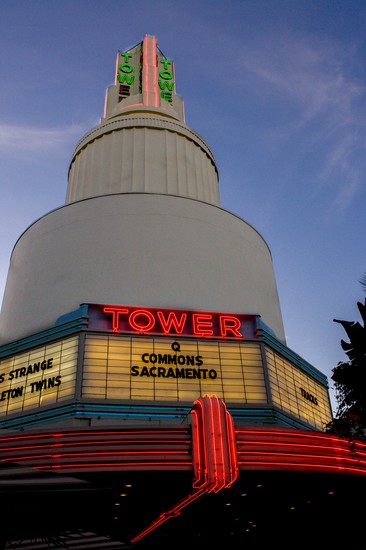 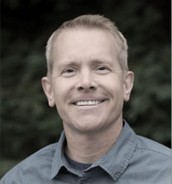 Word from the Director

On October 9, 2014, we had the privilege of being part of the national launch of “Q Commons” here in the Sacramento region. Q Commons is a national initiative through Q Ideas to gather leaders to listen and interact over pressing cultural and community questions. Combining the reach of Q which linked us with 25 cities nationally through a broadcast with the impact of local presenters created a dynamic environment at the Tower Theater for the 170 who gathered. This is a central role for the ACTS Group: convening like-minded leaders in collaborative relationships who are willing to tackle the greatest challenges in our society with intentional action centered in the hope of faith in Jesus Christ.

You are invited to join us - and to bring mutually motivated friends - on Thursday evening, February 26thn from 7pm – 9pm,
as we gather at The Tower Theatre to learn and consider how to advance good in Sacramento.

Join with 10,000 participants across 75+ cities to enjoy an evening of vision, learning and engagement on the cultural issues and topics that matter most. Combining three nationally broadcasted talks with three locally curated, in-person talks, you will be informed and equipped to advance good.

If you are reading this, you are the ACTS Group 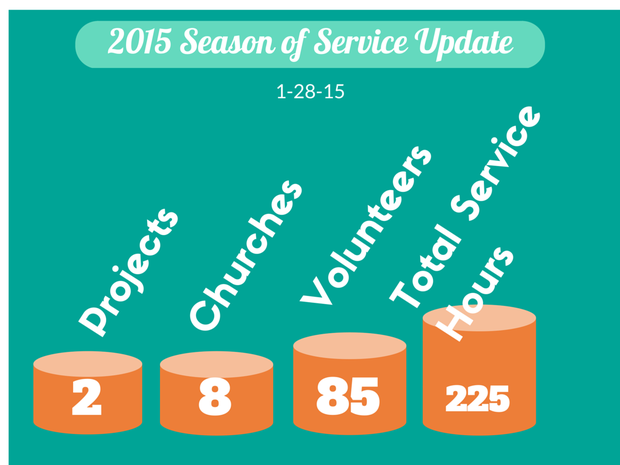 The 2015 Season of Service has been going on for two weeks and we have already had significant actions of service and love in our region! Each week we will be bringing you an update of the numbers to date as well as a story of service happening in our region. Below is a story about volunteers who came around Woodland's Fourth & Hope to bring hope to the people who receive services from this ministry.

Martin Luther King Jr. was honored and celebrated this weekend in the city of Sacramento. On Sunday evening, thousands of individuals from many different churches gathered at Capital Christian Center to celebrate the life of Martin Luther King Jr. and the unity that has come from his life and message. Keynote speaker Francis Chan powerfully challenged the church to action on behalf of their beliefs. On Monday morning, representatives from over 100 churches wore green sweatshirts and marched throughout the crowd of 28,000 others in the annual March to the Capital. This year marked the biggest representation yet of men and women of faith that chose to march and express the love of Christ that overcomes all ethnic and racial differences. May the church in Sacramento continue the legacy of MLK by standing for racial reconciliation in our region.

Register for Season of Service 2015 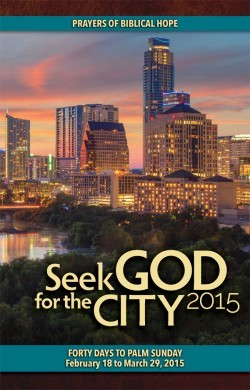 SacramentoPRAYS: Seek God for the City 2015

"As we come to the end of 2014, we want to encourage you to keep praying with resolve and hope that God will fulfill all that He longs to bring forth in our lives and in the lives of those we are praying for."
Pray powerful prayers of biblical hope for the people of your community. This 64-page prayer guide makes it easy for you to pray rich, biblical prayers for spiritual awakening throughout your city. Dated to unite prayer during the 40 days to Palm Sunday, February 18 to March 29, 2015.Seek God for the City helps you to mobilize many to pray with united, sustained vision for people of your community. The prayers in this prayer guide are biblically grounded and easy to pray.The forty days to Palm Sunday makes an ideal time to venture into a season of sustained, hope-filled prayer.

For 2015, the prayers have been revised and sharpened, making this year’s edition even more practical as a way to stimulate your congregation to pray with confidence and clarity.

Some helpful features of Seek God For The City 2015

Partner with Us. Give online today.

Your donation makes a difference! Thank you for your support. We take your gifts seriously, and we make every effort to maximize your investment in our organization. 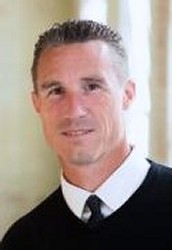 "What's in a name? Sometimes there's more to a name than you think. The ACTS Group means much more than what you see on the surface. Acts is a great read in the bible. It tells the story of the birth of Christianity and the early Church. Who wouldn't want to see the Church get back to its roots? Acts are better than words. James says, 'Faith without works is dead.' The people of God have done a lot of big talk. It would be great if we acted like the Christians we preach on Sunday. But these are not the images and associations that are behind the name. The ACTS Group was named after the phrase, 'advancing City transformation strategies,' from the book, 'To Transform a City.' It describes a multi-year, multi-racial, multi-generational convergence of Holy Spirit inspired people rolling up their sleeves, bending their backs and knees and standing in the gap between what is and what is yet to come. The ACTS Group was initiated by God and it has been my pleasure to be a part of the fantastic ride."

The ACTS Group is…

Unified, gospel-based leaders working for transformation in the diverse communities of the Sacramento region. These leaders provide ongoing leadership and encouragement for gospel movement in communities as well as in the spheres of cultural influence of the city.