The new Kingston Secondary School (KSS) is about 66-per-cent complete as of April 1, 2019.

The 171,000-square-foot facility is now completely enclosed water tight. Inside, work on drywall has begun along with the installation of fixtures. Exterior masonry work will begin within the next few weeks. The exterior brick work includes a two-tone finish featuring light grey block and deep charcoal brick.

School and Board staff are working with various vendors to complete selections for furniture, equipment and technology. The new school committee is also working on finalizing the selection of the building's interior colour scheme and signage.

Plans are also under way for the movement of items from the current KCVI into the new school such as existing equipment and learning materials.

The Board is anticipating the building will reach substantial completion next winter according to the current construction schedule. 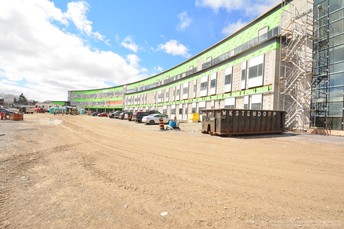 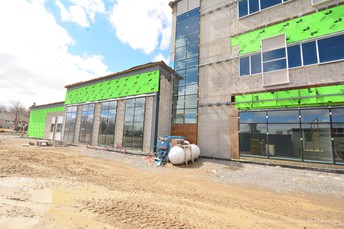 Exterior of the Learning Commons (library) 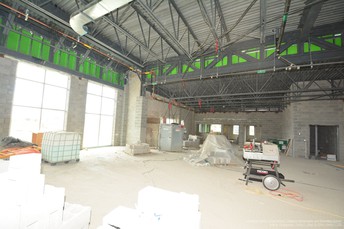 Interior of the Learning Commons (library) 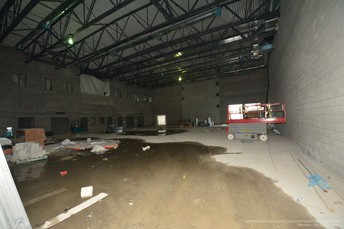 Interior of one of the gymnasiums 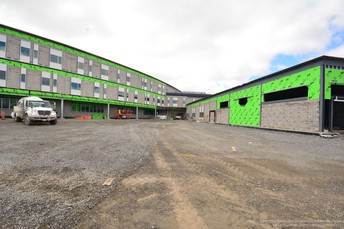 Exterior of the rear of the building 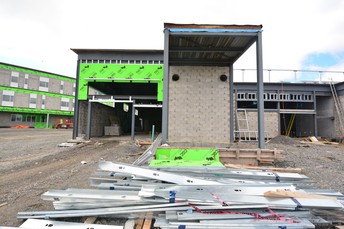 Exterior of the technical shops

Student Council leaders sought submissions of digital or hand drawn artwork from students at KCVI and Module Vanier that can be used in developing the school and mascot logos. Student Council choose their top three submissions which have been forwarded on to a graphic designer for draft concepts.

Based on the work of the Integration Committee, and student feedback from both KCVI and elementary feeder schools, the new school nickname is "Bears" and the mascot will be a bear. The new school colours are black, blue and white. 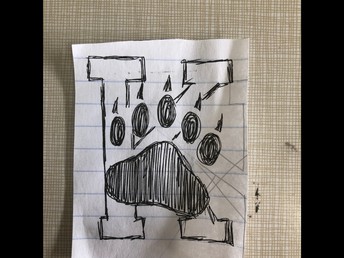 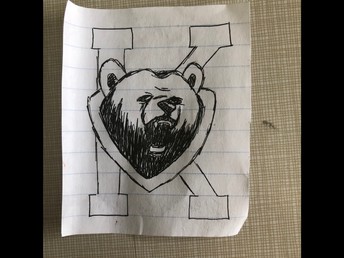 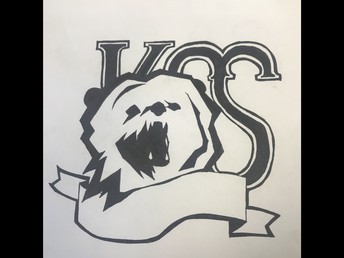 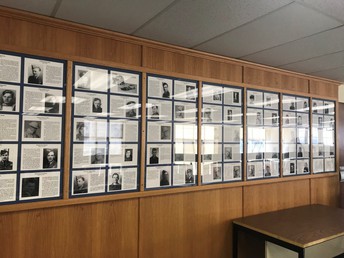 Work continues on selection of artifacts and memorabilia moving to KSS

Part of the work of the New School Integration Committee is to help plan for the transition of artifacts and memorabilia from KCVI and QECVI into the new Kingston Secondary School.

Work on sorting and cataloguing items from QECVI was completed prior to its closure in June 2016. That work began at KCVI about three years ago with assistance from current school staff and alumni - both staff and students. Many items, such as school yearbooks, have been digitized and are available for viewing on the KCVI/QECVi Legacy Website. Some paper documents will be donated to the Queen’s Archives and/or the Frontenac County Schools Museum.

Other more substantial items, such as plaques, awards, grandfather clocks and original artworks donated by graduating classes from past decades are still being considered. There are, for example, several paintings by prominent Canadian artists, with two of them painted by Group of Seven artists Arthur Lismer and A.Y. Jackson.

The Board is considering how these items might be dealt with which might include selling the paintings to galleries or individuals so they can be displayed and enjoyed by a wider audience. Proceeds might support a legacy fund at KSS.

“If they were sold, they could be used for enhancements to the new school, or potentially for some student bursaries to help some of those students who might be in financial need pursue their post-secondary aspirations,” said Krishna Burra, Superintendent of Education.

Items that will make the move to the new school include the KCVI Memorial Wall currently housed in the KCVI Library. The display was researched and created as part of learning at KCVI and features former students and graduates who served in the two world wars.

There might also be an opportunity for current and former students and staff, and the general public, to purchase some items for their own use. A similar process was used at the former QECVI. Watch for more details on this in the coming months. 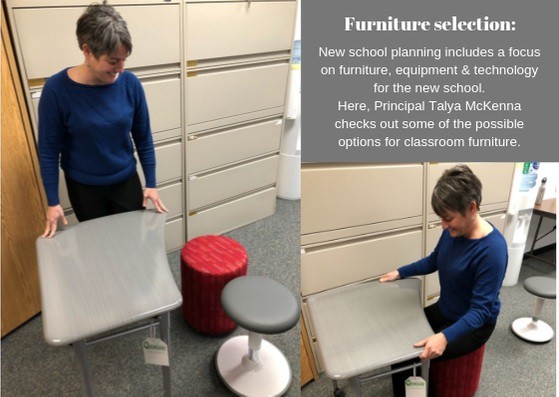 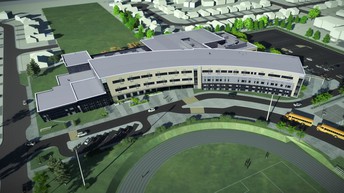 145 Patrick Street, Kingston ON bit.ly/KSS_LDSB
Embed code is for website/blog and not email. To embed your newsletter in a Mass Notification System, click HERE to see how or reach out to support@smore.com
close