Muscular Dystrophy is a well-know disease affected by many. It works by progressively weakening and destroying the muscle mass in a body. MD is caused by abnormal genes that interfere with the production of proteins needed to form healthy muscles. In a more simple term, MD takes the ability of being able to function like others. Some with MD are unable to walk while others may not be able to uses their arms. In severe cases, muscles are weak everywhere; making it impossible to walk and either impossible or close to impossible to have well-functioning arms. As you can imagine, the people living with this disease live a difficult life. I know from experience just how hard it is; my younger sister has been living with MD the last (almost) 14 years. This is my story ~

“Erica, go get that,” I say with a slight smirk. She glares silently; a smile threatening to show. “Erica! Come on man get that for me,” I continue to plea.

“No, get it yourself; stop being lazy!” She yells with a laugh. I slowly roll off the couch and reach for the remote. The remote that’s right across the table form her.

“Fine,” I say, “but next time, you’re getting it.” Even though next time I know she won’t.

Erica, my younger sister, was born with a disease called Muscular Dystrophy. This disease makes it impossible for her to walk. Her bones are too frail to carry her weight, which isn’t much anyways. Every day she wakes up and faces the eyes of many people; people that don’t know what it’s like to be her. Instead of politely talking to Erica or offering a nice smile, most people stare. Stare at her body, her face, her wheelchair; as if she’s some monster. While the stares continue 3 common questions are always whispered among her profound audience; “What’s wrong with her?” “Why does she look like that?” “Is she stupid?” Although Erica is more then used to these questions and all the eyes, I’m still not. It takes everything I have not to stand up and scream “NOTHING! Nothing is wrong with her. Nothing is wrong with how she looks. She’s a beautiful, SMART girl. No, she’s not “stupid,” are you?”

Erica is different and that’s okay. She may not be able to do the things we can, but she’s still human. She’s still a person with feelings. For some crazy reason, people seem to forget that. They let her wheelchair and her tiny body put the word “freak” in their mind. The words stupid, retarded, ugly; sometimes even scary. But how can people let these words define her when they don’t even know her? They don’t know that she’s just like every other 13 year old girl. They don’t know that she loves One Direction. They don’t know that she loves animals and to play outside; how much she loves hugs and making people laugh. They know none of that. It’s sickening to think that people can look at a little girl, no matter her disease, and think or say such terrible, hurtful words.

Even with all the negativity and mean remarks, Erica still finds a way to be happy. She’s always smiling, always upbeat and cheerful. Erica accepts herself for who she is; that’s how she stays so happy. She NEVER complains about how her life turned out. Instead she acts as if she’s just like the rest of us. That’s what I admire about my sister the most; the confidence she has being herself. All the time you see and hear about young girls or guys, even older ones, “hating” their life; when in a lot of cases they have no reason to. Here’s a girl that has a reason, a true reason, to be unhappy and have a negative output on life. Instead, she’s the happiest, most positive thinking girl I know.

Most people think it’s always the older sibling that teaches the younger sibling, but in my case, that’s not true. Erica has taught me so much these last 13 years. She’s taught me to always be myself, always have confidence in who I am. Like Erica, I know I have my differences. I’m not like everyone else, and that’s okay. I’m not even a lot like my friends, that’s okay too. Erica knows she’s different; and she accepts her differences. She lives life loving herself and being happy. Not many people can say they do the same.

Not only has Erica taught me a very important message, but her situation has also. Never will I look at a child, a teenager, or an adult and say or think terrible names. Who am I to define someone I don’t even know? With words that may or may not be true? I don’t know that person’s situation. What they live with or go through. I know how much it hurts Erica, hurts me, when people say those words. I know how the stares feel. I wouldn't ever wish those feelings on someone else. The feeling of not being accepted, of not being able to feel comfortable in your own skin. Those are things that no one should ever have to go through.

Erica is truly a person I could call a role model. She may be younger than me, but in this case that doesn’t matter. She has taught and showed me so much about life that no one else has. The years that I have shared with her, and the more to come, will last with me for the rest of my life.

After reading this, I hope people can understand just how difficult living with MD is and can be and that those living with it aren't that different from the rest of us. Yes, they face challenges everyday that we could never dream of. Yes, they look different, sometimes act different, but they do have feelings. Kids and adults with Muscular Dystrophy feel and see everything. They know that they're different, and most accept that. Most try to live their life to the fullest and enjoy every second of it. My favor to ask of you is that you help these people do that. Instead of the stares and the quiet, mumbled comments; offer a smile. Say hello, ask how they are doing. Little things and gestures like that make anyone's day, especially those with MD. Just a small smile or wave could fill their hearts.. 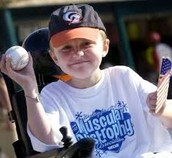 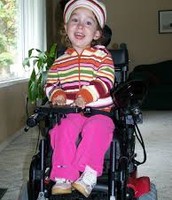 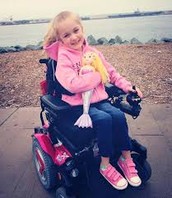 How Can I Help?

There are many charities and organizations that support and help raise awareness for MD. Some organizations provide fun ways for people living with MD to forget about all of their worries. There are camps, groups, and other helpful things that charities offer. Here are a few sites that donate not only money, but a huge amount of effort and time into those with Muscular Dystrophy ~

Still have some questions? Check out these sites! ~ 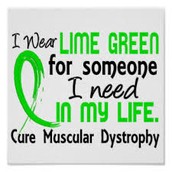 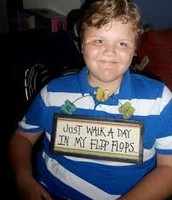 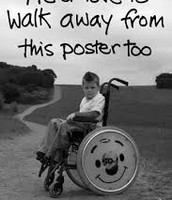