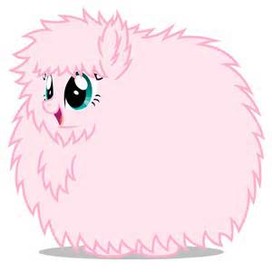 Get email updates from kara: 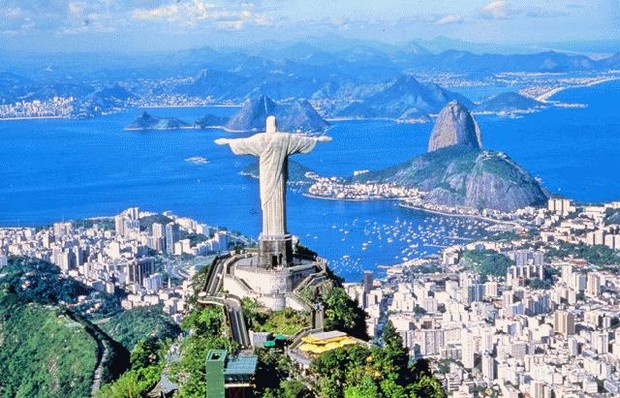 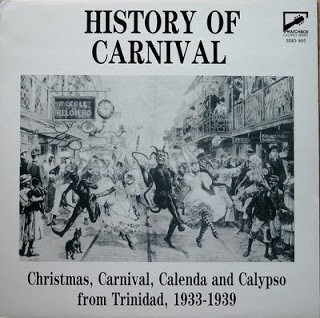 Carnival has an expansive history. It is said that it started because of lent. Lent is a religious tradition a few weeks before easter that is mostly celebrated by catholics. They couldn't eat rich food or drink, so it had to dispose of it before lent. This led to them making a ceremony called carnival so they could get rid of it, via a feast. Carnival is celebrated in many places, some of the countries are Asia, Africa, Italy, and South America. We will be focusing on the Carnival in Rio de Janario, South America.

Lent is a religious holiday that is usually celebrated by Christian peoples. It is where you can not eat or drink rich substances. It is like a fasting period. Due to this fact they must eat very little during this holiday. Carnival was founded to dispose this rich food. Lent comes a little before Easter. They could not eat meat, dairy, fats, and sugar during this time, for all of those delicious foods are considered "rich". $$$$$

Healthy foods can be rich to

Even healthy fruits and vegetables can be rich so you could not eat them.

Juicy steaks and meat pies and chicken wings contain a lot of fat and cholesterol which is not only bad for you, it is not allowed during lent.

Even though these delicious savories and sweets taste good, during lent they decide that they will not eat them, no matter how tempting...

Everyone dresses up in colorful costumes and dances in the street. They will have feasts and celebrations involving the whole community. During the evening, there is a huge parade in the street as floats decked out in lights with beautiful people dance in front, and on top of floats. It is thought to be one of the biggest celebrations in the world! During these festivities, there are also feasts in their communities. These communities include close friends and neighbors so that they can have fun before they have to fast during lent.

The dress code for carnival is very big, bold, and flashy. The costumes will usually work with a theme for each float.

Sometimes the costumes resemble creatures of flight. They will have stunning wings like butterflies or birds. Dancers will swirl their wings to the beat during the parades. There are also other wildlife themed costumes like alligators.

Overall the costumes are enjoyable and breathtaking. This is what makes carnival one of the biggest, most joyous celebrations in the whole world.

The event will begin on a Friday and end on ash wedsday.
Get Directions 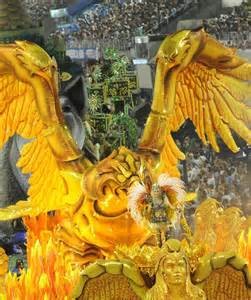 Everyone is allowed to be in the parade, as long as they have a float and costumes of course. There is even a Junior parade for kids to participate in the joyous festivities! There are many different parades, some of them are even organized by schools and they still have gigantic floats!

The floats will seem light as air as they float down the street.They will be decked out with lights and Streamers and balloons so that they will stand out. There could be moving gizmos on floats to!

Some floats will be themed, like this one. This one is themed as soccer or sports. Some will be lit up, like the sun or fire, and some will resemble a mountain of sweets!!!

Choreographed dances will take place in the spaces between floats. These dancers look like they're on fire in the light. Dancers will also spin and twirl on top of floats. They will jump and twirl creating visions of beauty. 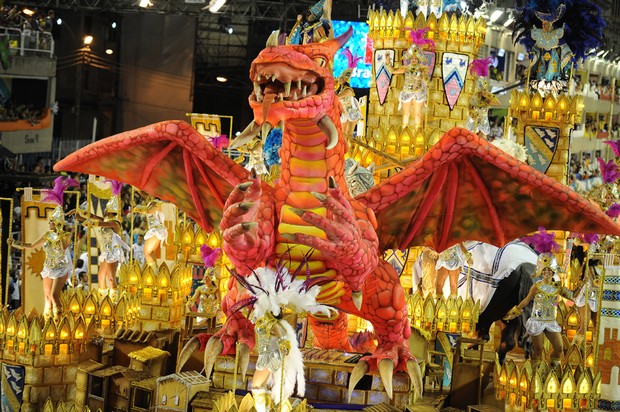 This is a video of the carnival parade live, in Rio de Janario. 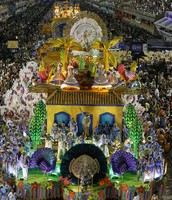 As you can see this joyous holiday deserves to be one of the biggest celebrations on Earth, and it is! With all of these beautiful floats, colorful costumes, and feasts with family, how could it not be?! So if you ever wish to go to Rio, try to go during Carnival!!!!!!!