Get email updates from colton: 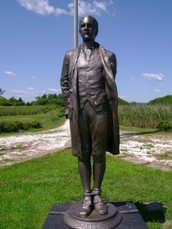 On the morning of September 22nd of 1776, in New York City, a young man named Nathan Hale was led to the gallows by his British captors accused of being an American Revolutionary spy. When asked if he had any final words he proudly stated "I only regret that I have but one life to give for my country". He died on September 22 1776, he was 21.