Kirt Lewis - Loving the Stranger Among Us

Kirt Lewis - Loving the Stranger Among Us

Kirt Lewis: Loving the Stranger Among Us

Loving the Stranger Among Us

To read the full article go to www.convergence.world/loving-the-stranger-among-us

From first generation immigrants, to those who immigrated generations ago, we as Christians in the United States have a spiritual heritage that links us together and calls us to compassion and engagement with those newly arriving to our cities.

itunes.apple.com
Download past episodes or subscribe to future episodes for free from Convergence Conversation by ACTS Group on the iTunes Store.

Who is Kirt Lewis?

Kirt is Director of the Sacramento Field Office of World Relief and one of the lead facilitators of the Sacramento Good Neighbor Churches Coalition. His calling is to empower churches individually and collectively in partnership to answer the call of ministry and mission among the most vulnerable in our region and across the globe, particularly immigrants, through awareness, education, training and service. 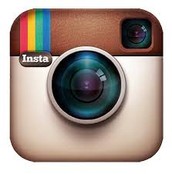 We are grateful in this episode for the support of World Relief, a resettlement agency that is helping refugees and immigrants make a great start in their new home country. Learn more about how to be involved and to volunteer at worldrelief.org