peytton is using Smore newsletters to spread the word online.

Get email updates from peytton:

There is 5 dollars for every hour that they rent a bike.

A plane spanned by the x-axis and y-axis in which the coordinates of a point are its distances from two intersecting perpendicular axes. 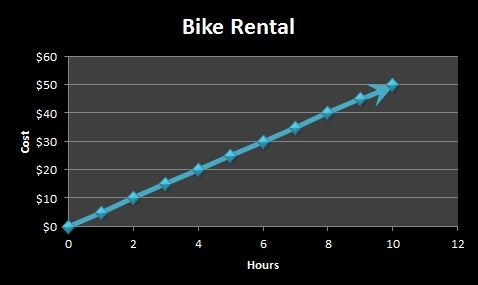 Although some say that the use of verbal to mean “spoken” produces ambiguity, it rarely does so. Verbal is used in this sense in all varieties of speech.
It is proportional because it is the same every time some one comes to rent a bike.

peytton is using Smore newsletters to spread the word online.