Causes of the Revolution Timeline

Causes of the Revolution Timeline 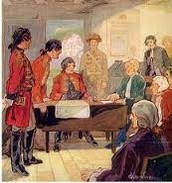 These Acts placed duties on glass, lead, paints, paper, and tea. Acts named after Charles Townshend, the Chancellor of the Exchequer. To raise revenue in the colonies to pay the salaries of governs and judges so that they would remain loyal to Great Britain. Townshend Acts were met with resistance in the colonies, prompting the occupation of Boston by British Massacre of 1770. Colonists hated the laws because the power away from colonial governments. 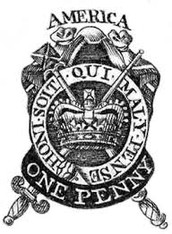 The Stamp Act was passed by the British Parliament on March 22, 1765. The Stamp Act of 1765 required colonists to pay for an official stamp, or seal, When they bought paper items. Colonists who refused to buy stamps could be fined or sent to jail. Samuel Adams helped organize the group in Boston. Patrick Henry presented a series of resolutions to the Virginia House of Burgersses. The money collected by the Stamp Act was to help pay the costs of defending and protecting the American frontier by the Appalachian Mountains.

A street fight that occurred on March 5, 1770 between '' patriot'' mob, throwing snowballs, stores, sticks. A British officer captain Thomas Preston called, in additional soldiers. John Adams and Josiah Quincy II deafened the British. Samuel Quincy and Robert Treat Paine were the attorneys for the Prosecution later. Colonist who support the patriot movement were quick to capitalize on this.

An Act to allow a drawback of the duties of customs on the exportation of tea or oil to any of his majesty's colonies or plantations in America to increase the deposit on Bohemia tea. Colonist objected to the Tea Act because they believed it violated their rights as Englishmen to " No taxation without representation".The Tea Act May 10, 1773 adjusted import duties in such a way that the company could undersell even smugglers in the colonies. The company chosen consignees in Boston, New York, Charleston, and Philadelphia, and 500,000 pounds of tea were shipped to the Atlantic in September.

December 16, 1773 is The Boston Tea Party which John Adams referred to as the destruction of the Tea in Boston. The Tea party was the culmination of a resistance movement throughout British America against the Tea Act, which had been paused by British in 1773. Colonist objected to the Tea Act because they believed it violated their rights as Englishmen to " No taxation without representation".

April 19, Paul Revare and other rides sounded the alarm and colonial multiamen began mobilizing column. Key parts in outbreak of American revolution in 1775. Where they would capture Colonial leaders Sam Adams and John Hancock, then concord, where they would seize gunpowder.