Welcome to the Maple Dale Elementary Newsletter! We will share important information and highlight the great things our students and teachers are doing at our school. You can expect this in your inbox each week on Friday afternoons. 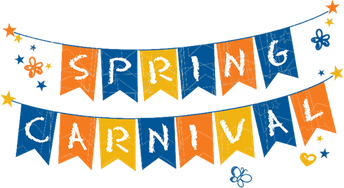 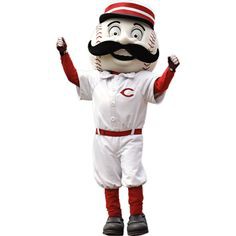 Maple Dale Elementary All Pro Dad breakfast will be held on Wed, Apr 18 from 8-9 am in our school cafeteria. All fathers and children are invited to join us for this free monthly program sponsored by our partner Chick-fil-A who will be catering chicken biscuits along with drinks from the PTO.

Mr. Redlegs will make a special appearance for the kids as we welcome spring. This month’s topic on Excellence reminds us of the value practice and preparation bring to giving our best effort. Please RSVP by Apr 14 if you will be attending via this link https://allprodadsday.com/chapters/5004.

The safety and security of our students and staff are one of our highest priorities.

Beginning April 9, we will begin using LobbyGuard in our building. The visitor management system runs a background check on each individual that enters the building, looking for individuals who are legally banned from visiting schools (ie. sex offenders, restraining orders) This pilot program will be used regularly for the remainder of the school year and will be fully implemented for the 2018-19 school year.

All visitors will be asked for a state-issued license or identification. If you do not have a license or state ID, you will not be permitted to enter the building unless you are there to attend a meeting/supervised function.

All visitors will be asked to sign in and out using the program. You will be required to wear the photo badge that is printed at the time of check-in during the entirety of your visit.

We understand that there certain circumstances where our families may not have proper identification. Our administrators will work through those unique situations on a case by case basis.

Should you have any questions, please do not hesitate to reach out to the district.

Do you have a 4th Grader Going to Greene School Next Year? 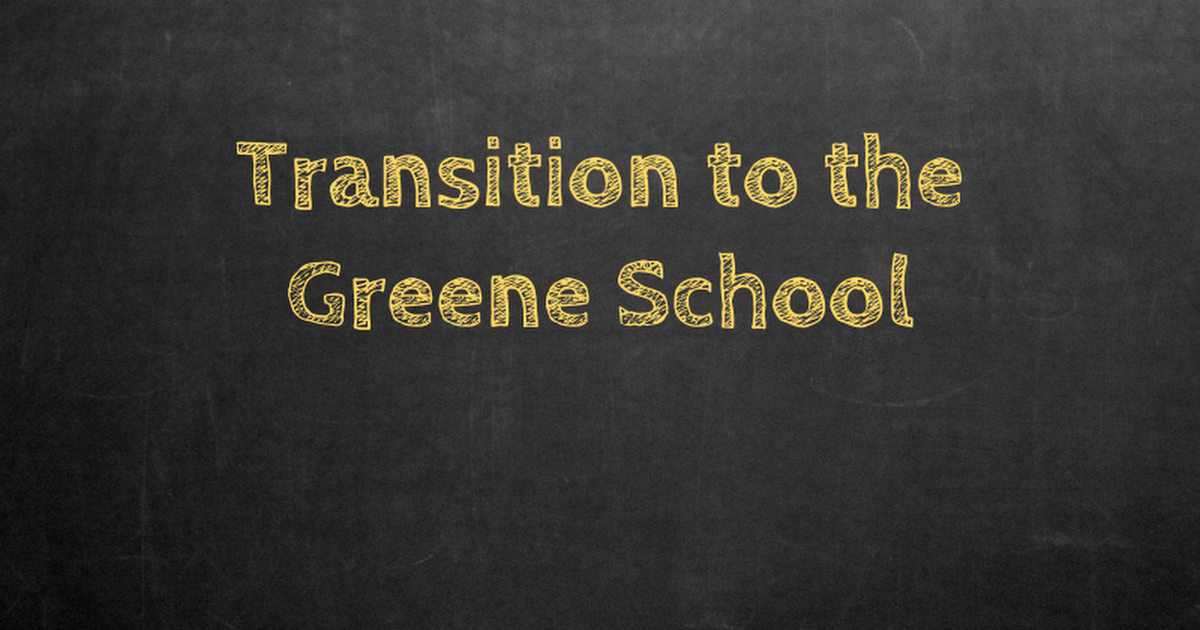 Maple Dale School Grants Available - What would you like to see the PTO invest in?

The PTO is planning to approve additional proposals for School Grants at the May General Meeting. Students, parents, teachers, and staff are invited to submit proposals for expenditures. Proposals acceptable to the school administration will be evaluated by the PTO Executive board based on the number of students who will benefit and by the impact of the proposal on the educational achievement of students.

At the May General Meeting, funds remaining from the 2018-19 year will be appropriated. Other proposals submitted may be included in the 2018-19 budget for distribution in the fall or winter of next school year.

Fill out the application at: https://goo.gl/forms/MzxEzPROKxf4G4c03

Monday 4/16 No School Get outside and enjoy nature! Visit a park if you can and appreciate the signs of spring wherever you go.

Tuesday 4/17 To kick off Earth Week at Maple Dale wear something green or nature inspired.

Wednesday 4/18 Read a book or use your screen time to learn something new about protecting the environment. PBS may also have some good programs.

Thursday 4/19 Waste free lunch day- use reusable containers if you pack and make sure you eat everything if you buy.

Friday 4/20 Make a seed bracelet during lunch time recess. A few parent volunteers are needed to assist with this. http://www.signupgenius.com/go/10c0e4aa4a922a0f85-earth

Volunteers are needed to help the kids make seed tape during lunch recess on Friday, April 20. Planting instructions will be included in the newsletter that day. If you are able to come in and help, please sign up! Earth week seed tape 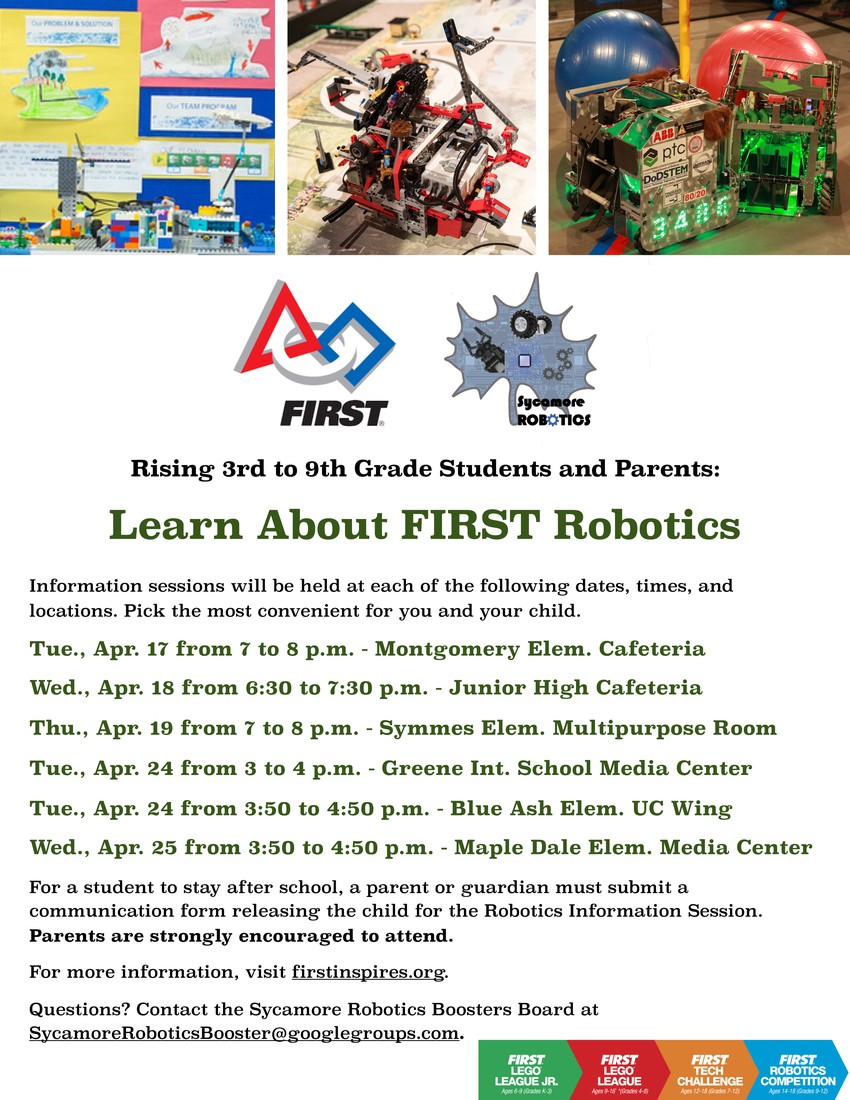 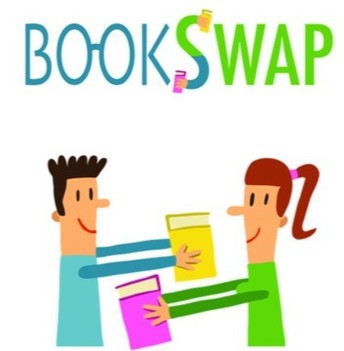 Maple Dale Elementary students are invited to participate in a Book Swap on May 14 and 15, 2018. Bring in your gently used books and trade them in for “new to you” books to read! Here’s how the Book Swap will work:

From April 30, 2018 to May 11, 2018 students may bring in any ‘gently used’ books to their classroom for donation. We will be collecting (Kindergarten through 4th grade appropriate) books brought in by each student.

When was the last time you went back to someone and fixed the problem because it was your fault? This principle of “Righting a Wrong”is one of the most difficult for many people to incorporate into their lives. Disagreements and conflicts will always be part of our society, but it is the manner in which we deal with these situations afterward that can make the biggest difference. Learning to Right their Wrongs is a valuable lesson for children to realize that they can, in fact, make a difference in the world. When children learn to right wrongs and make amends for hurts that they have caused, they will see with their own eyes how their efforts can make a difference. They can experience the value of persistence and comprehend that small steps can lead them on a journey toward peace.

How do we encourage application of this principle?

How can you help at Home?

Each summer, several parents ask me about what to use when working with their child to sharpen skills over the summer months.

There are online tools available to our Maple Dale students such as Raz Kids and Compass Learning throughout the summer.

Another more "portable" option is a workbook. One I recommend is Summer Bridge. I know we get one each summer and my daughter Caroline has a "school" time each day. She is motivated to finish her bridge book before school begins and we reward her efforts with a special outing of her choice at the end of the summer.

The order form below offers the books to you at a reduced cost. The online ordering form will allow you to order online and have the book shipped directly to your home. Maple Dale is not making a profit on these materials, simply offering them to you as an affordable option.

Summer will be here before we know it!

Parents will visit our dedicated ordering website for this option and order online ( www.SummerBridgeDirect.com ). They will need to use the school code: “MAPLE”

We then ship the books directly to their homes.

Most orders ship within 24 hours and they will receive a confirmation email from us with post office tracking #’s. 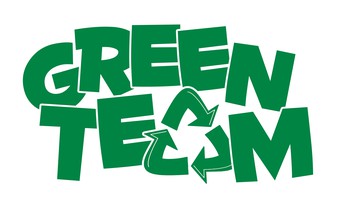 Green Team Tip of the Week

What is your carbon footprint? For a quick, rough estimate go to https://www3.epa.gov/carbon-footprint-calculator/ and complete the brief survey. Our lifestyle choices and daily actions do impact the environment. Become aware of your own contribution to climate change and consider what you can do to reduce your carbon footprint. 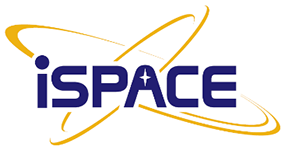 iSPACE, a local nonprofit, will host 41 week-long summer STEM day camps for kids from kindergarten through high school age. After-care is available. iSPACE camps are engaging, hands-on summer camps that make learning exciting while building skills for success. Kids have so much fun, they don’t even mind they are learning. Visit their website for more information. http://ispacestem.org/summer-camps/ 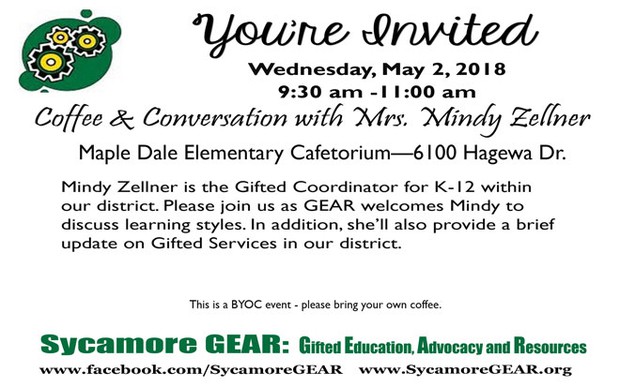 The PowerStackers FIRST Tech Challenge (FTC) robotics team--with two students from the Sycamore Community Schools along with others--is heading to the FIRST World Championship in Detroit, Michigan, later this month from April 25 to 28. The PowerStackers most recently had received the 3rd place "Think Award" at the FTC Ohio state championship held in Cincinnati on Feb. 16 to 17. For a more detailed press release about this team's world bid, see attached. Also, a high-res team photo can be downloaded at this link: https://www.dropbox.com/s/3656yhkxqcpeb34/PowerStackers.JPG?dl=0.

In FIRST LEGO League (FLL) competition, Cyb3rstorms--representing Greene--competed at the Ohio state tournament on Feb. 3 and 4 and received the 2nd place Project Presentation Award. A total of 60 teams throughout the state of Ohio competed at the FLL state tournament. Photo link: https://www.dropbox.com/s/ej9ppw3e2g7fyez/Cyb3rstorms%20at%20state.jpg?dl=0

In addition to all of the FTC and FLL teams we have mentioned throughout this FIRST Robotics season, several FLL Jr. teams had their own Aqua Adventures and presented their research and LEGO models in several expos:

- The LEGO Cats, with students from Blue Ash Elementary and Reading Hilltop Elementary, went to the Madeira expo on Feb. 10 and received the "Synergy" Award. Photo link: https://www.dropbox.com/s/iuj1z18lh0ipr1k/LEGO%20Cats.jpg?dl=0

- The Legion of Legos Jr. with students from Montgomery Elementary, also exhibited at Maderia and received the "Teamwork" award. Photo link: https://www.dropbox.com/s/cpdibfc5ykmazpw/Legion%20of%20Legos%20Jr.jpg?dl=0

- The LEGO Knee Bop team with students from Blue Ash, Maple Dale, Montgomery and other schools, went to the Ross expo on Nov. 18 and received the "Simply Awesome Machine" award. Photo link: https://www.dropbox.com/s/mhiunnq5ndvr9sa/LEGO%20Knee%20Bop%20at%20Rossflltournament_0015-X2.jpg?dl=0

Thanks to all of you for supporting our approximately 20 robotics teams with more than 100 Sycamore students participating.

We are already preparing for the 2018-2019 season and will be hosting information sessions at all elementary schools, Greene, and the JH later this month. See attached flier for information. We hope you will stop by to hear more about the FIRST activities and how they are continuing to expand at Sycamore Community Schools. Additions to the program for the 2018-2019 season include FIRST LEGO League Jr. teams for 3rd graders and FIRST Tech Challenge at the Junior High. 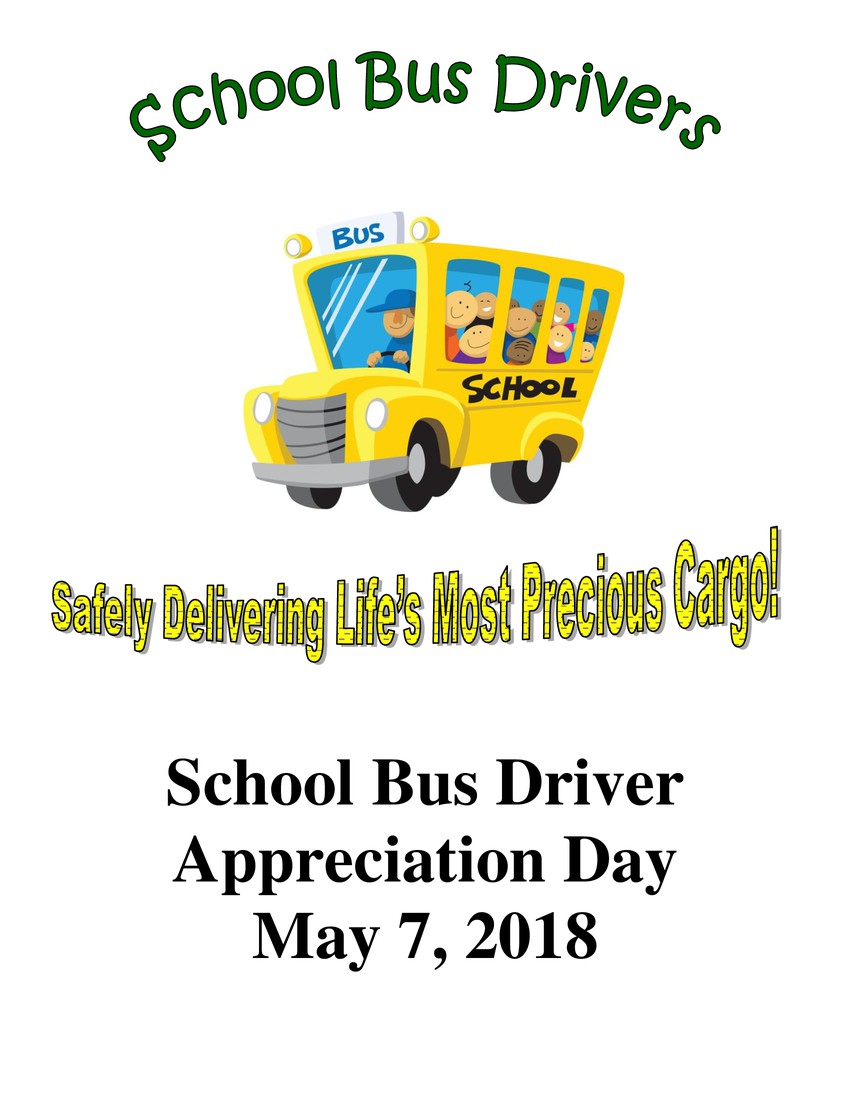 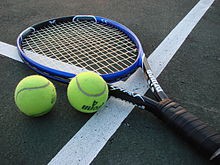 Are you interested in having your son or daughter participate in a summer tennis camp?

Sycamore Coach Mike Teets and some of his players will conduct four evening sessions during the summer at the high school tennis courts.

For more info or to register, contact Coach Teets at teetsm@sycamoreschools.org

Or click this link and fill out the registration form. 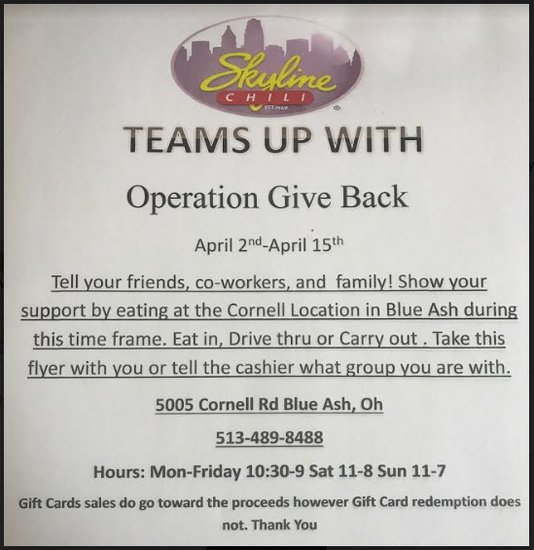 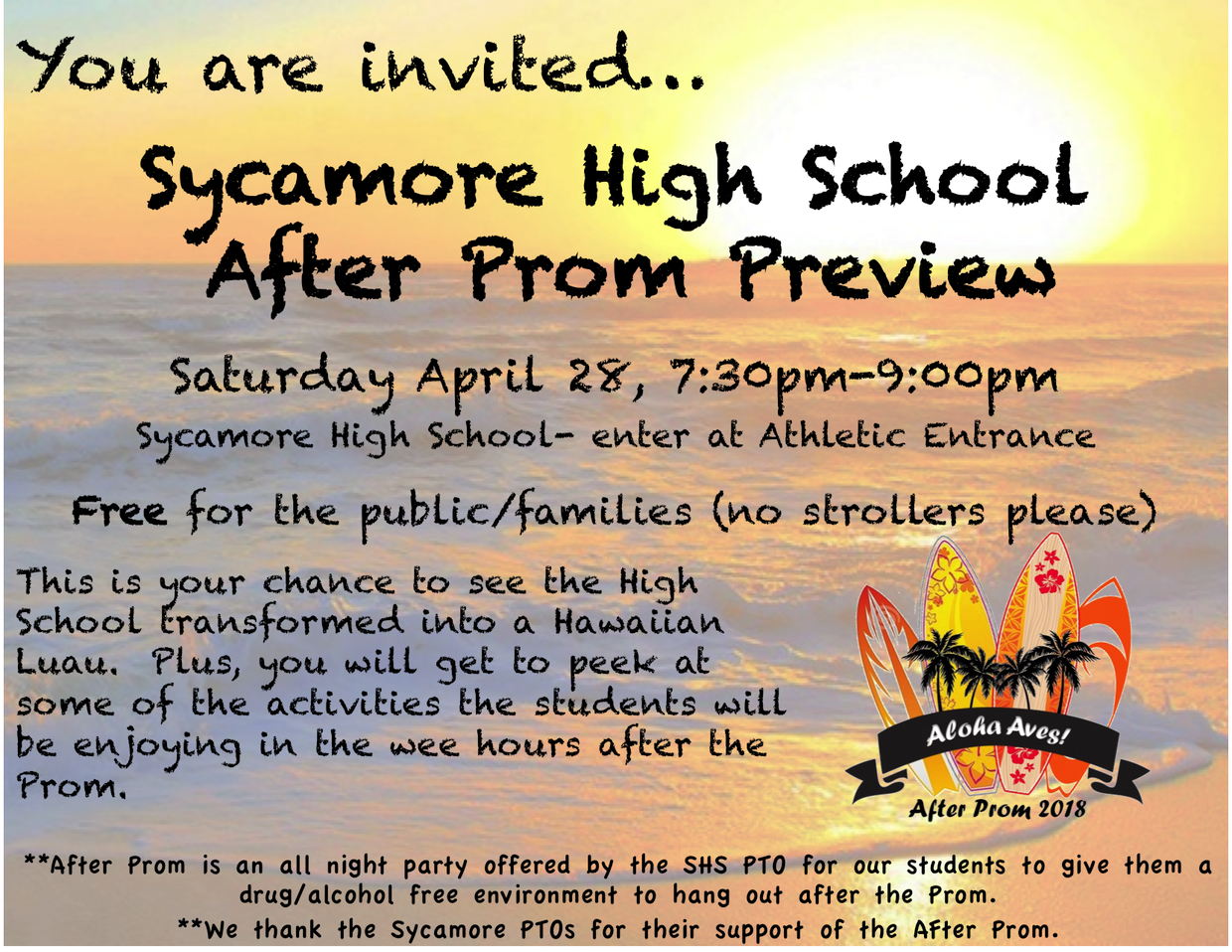 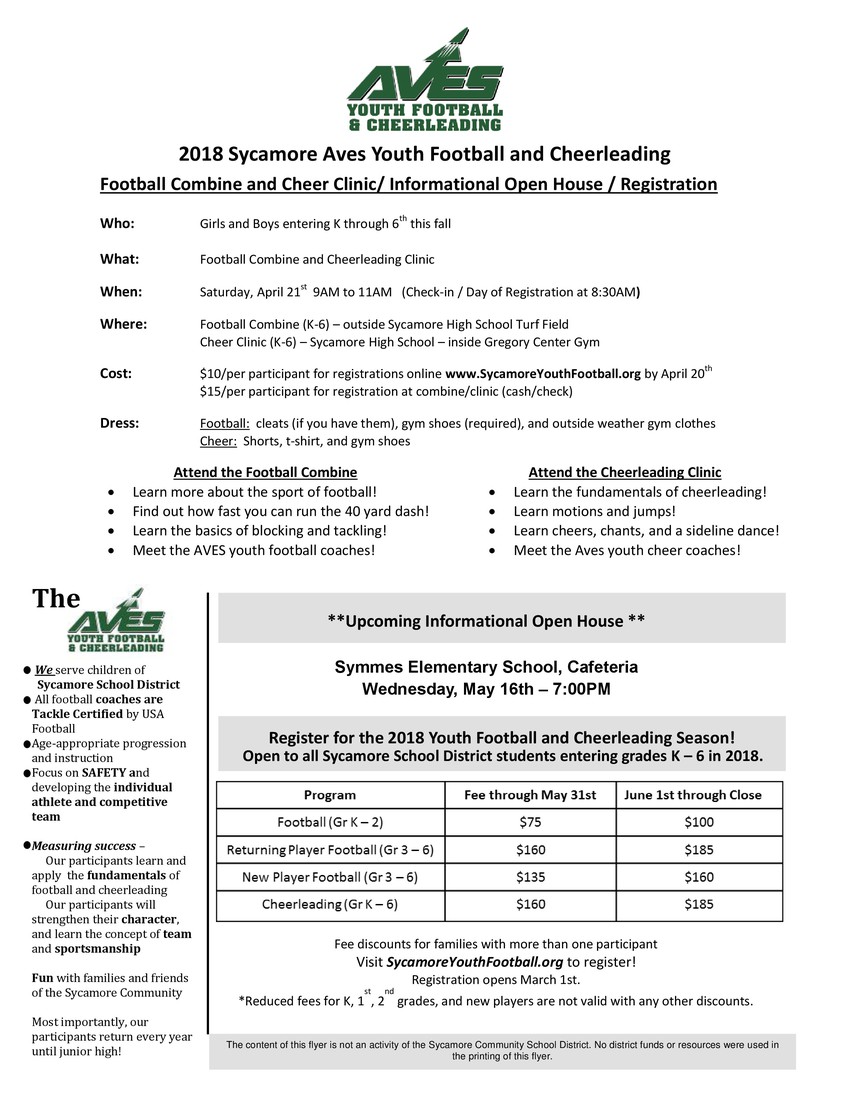 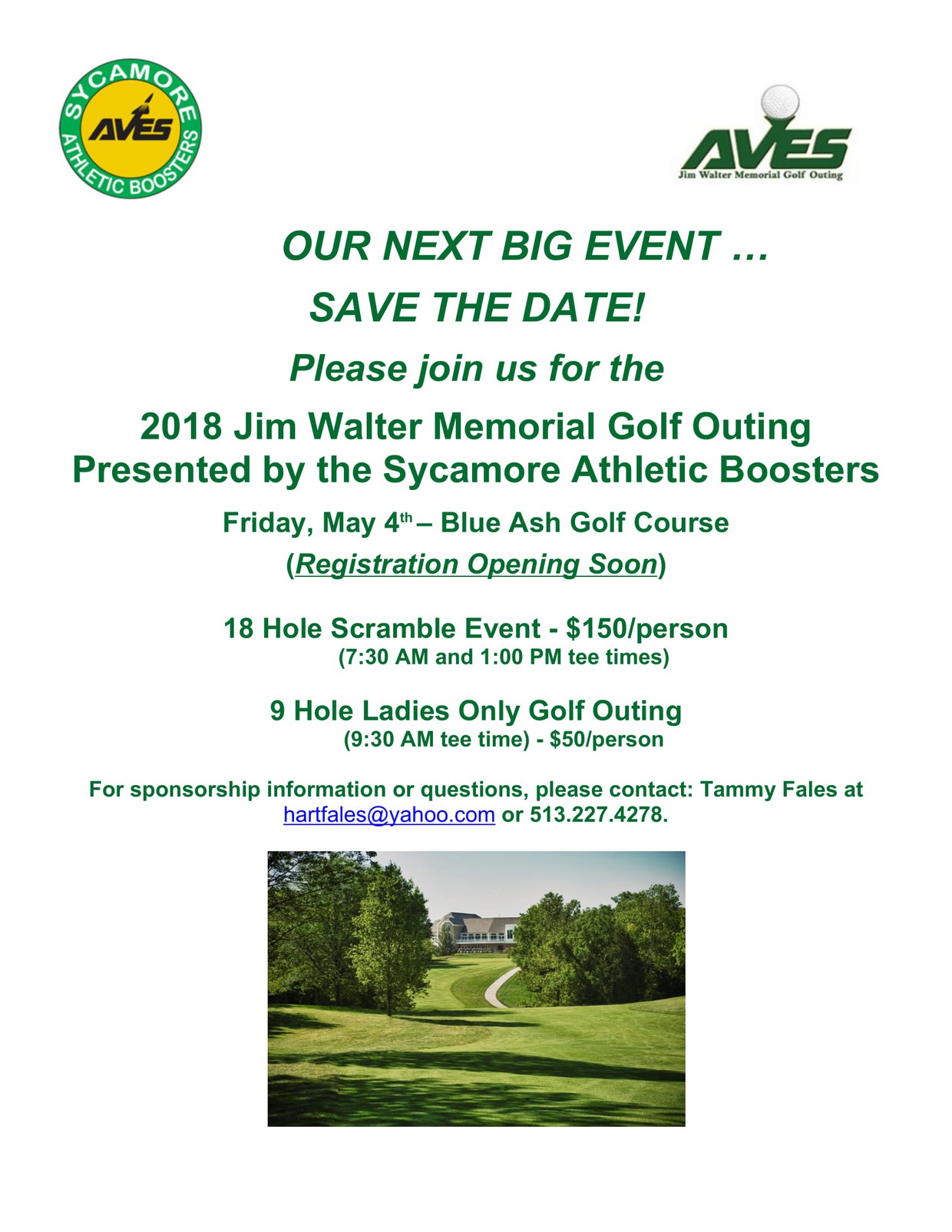 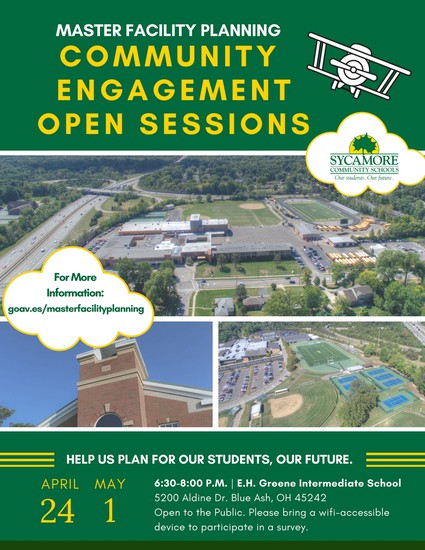 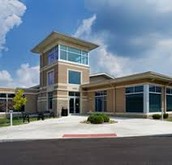