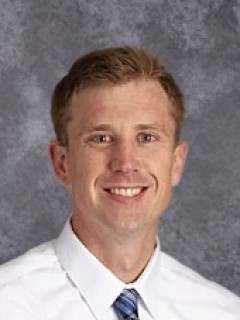 North Branch Area Public Schools (NBAPS) is excited to announce that Mr. Taylor Swanson has been selected as the next Principal at the Sunrise River School.

The interview process was extensive, and began with collecting input from staff and families utilizing Thoughtexchange to identify characteristics sought in our new principal. That feedback called for a leader with strong communication skills and high visibility, with leadership characteristics of inclusivity and flexibility, who involves parents and staff in the educational process.

“Mr. Swanson stood out as a leader that will seek input and engage staff, students and families in a unified effort to take Sunrise River School to higher levels of excellence,” said Supt. Sara Paul. “He showed that he is a charismatic, positive, relational, and empathetic leader. Based on the input from Thoughtexchange, I can’t wait for staff, students and families to meet Principal Swanson!”

Prior to his current position, Swanson was an elementary teacher at Valentine Hills Elementary School, and served on the Building Leadership Team and as the Summer School Coordinator. In addition to his elementary teaching license, he holds a K-12 reading license.

Swanson received his Bachelor of Science degree from the University of Northwestern in 2011, a Master of Arts degree in 2016, and an Educational Specialist in Administration degree from Concordia University in 2017.

“I look forward to connecting with the Sunrise River community in the months ahead, and continuing to make this school a place where all students want to come and be a part of every day,” said Swanson.

Swanson and his wife Brittney reside in Centerville with their two children Penelope (2), and Theodore (1). He spends most of his out of school time raising and entertaining his two young ones.