Get email updates from jacob: 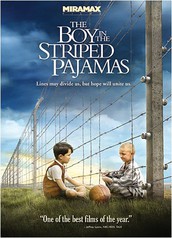 The protagonists are Shmuel and Bruno because Bruno doesn't like the way they treat Shmuel, and Shmuel is just agreeing with his family that he is jewish. The antagonists are Bruno's father's soldiers, like Lieutenant Kotler. He always yells and gets mad at Bruno. 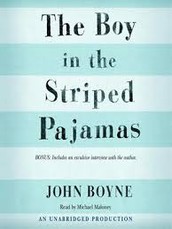 Other main characters are Pavel, the Mother, Gretel, Ralf and Elsa.

Exposition: They moved away from Germany because the father had a new job there, so Bruno was sad.

Rising Action: Lieutenant Kotler starts to get mad at Bruno.

Climax: The climax is when Bruno is walking and he sees Shmuel in the distance.

Resolution: Bruno decides to keep talking with Shmuel and avoids getting in trouble.

Theme: The theme is like innocence because Bruno doesn't know why Shmuel is on the other side of the fence.

Tone: The tone is sad or disappointing because Bruno and everyone in the camp.....died

It was the last day until Bruno and his family were moving away to another city in Germany for his dad's new job. Bruno is devastated because he will leave his three best friends. When they get there Bruno goes outside and finds a path, and so he keeps going down that path and sees something, like a blob, then a figure, then a person! Bruno starts talking to this person, his name was Shmuel. A year later of sneaking out and talking to his friend, they are finally moving back to Berlin and now Bruno is sad because he cant talk to his friend anymore. Bruno and his sister get lice and they have to shave their heads, Bruno, taking advantage of that decides to spend a day in the concentration camp. You already know how that ends ;-(.