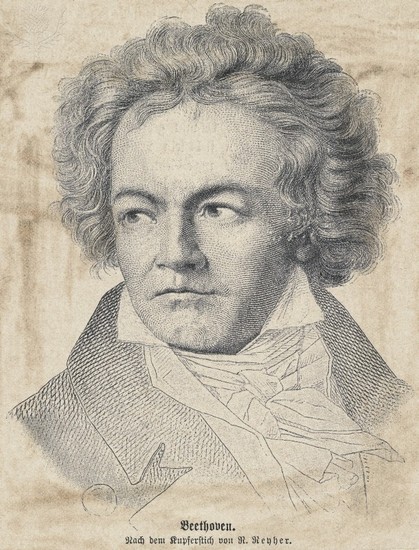 Beethoven was born on December 17, 1770, in Bonn, Germany. He had a miserable childhood. Beethoven had six siblings but only 3 made it to adulthood, including himself. He grew up with a drunken father who was very strict towards his children. His father, Johann didn't have much talent, but he gave music lessons to noble children. Although his father wasn't very kind, he had a kind and loving mother named Maria. Many believe that Beethoven was able to create such beautiful music because his dad wanted more income, so he embraced Beethoven's talent. 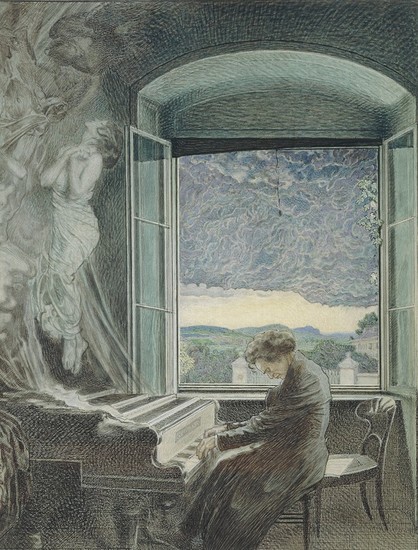 Beethoven ventured from home and moved to Vienna, Austria when he was seventeen. The city of Vienna was soon to become Beethoven's home. In Vienna, Beethoven learned how to live the life in Europe's cultural capital and he played the piano for Mozart. Sadly, Beethoven has to return home shortly after because of his ill mother. Then after the death of his mother, his infant sister died and his father lost his job. Because of this, Beethoven had to take control of the family and support the rest of the living members. Then, after Johann (Beethoven's father) died in 1792, Beethoven decided to return to Vienna and live out the rest of his life there.
Beethoven & Mozart: Vienna during the Classical Age

Beethoven pioneered the way for many other musicians during the Classical Era. He widened the scope of the sonata, symphony, concertos, and quartet. He did this by combining new instruments and vocals to create an intelligent composition of music. Although Beethoven started to lose his hearing by the time he was twenty-eight, he continued to compose and he even composed some of his better pieces while he was deaf. When he was just starting to lose his hearing he started to compose his first symphony. Because Beethoven was so immersed in his music, he rarely bathed or groomed himself, and he tended to ignore his visitors.

In the November of 1826, Beethoven returned from his brother's house because he starting to become ill with pneumonia. Beethoven never fully recovered from the pneumonia he developed the year before. In 1827, on March 26, there was a flash of lightning and thunder which went into Beethoven's room. Along with the lighting and thunder, Beethoven was still ill with pneumonia, which was another reason of his death. At Beethoven's funeral, twenty thousand people came to pay respect to the amazing composer who took over the Classical Era of Music. Beethoven's last words were "I shall hear in Heaven." This was a very ensitive topic for Beethoven because as soon as he started to lose his hearing he became depressed. Although Beethoven created some of his most important pieces while he deaf, which show how talented his really is. Beethoven created many beautiful compositions that are still listened to day after day.

Connect with Kelly B