Phones Are Helpfull in Case Of Emergency

If something bad happens to a student they should be able ton use their phones. Events like the Columbine shooting is a example of emergency cases where phones are needed. Thirteen deaths were reported at the shooting. Events like that should be enough to let school faculty members let students use phones.

If used correctly there is nothing wrong with it

It is understandable why schools don't allow phones in school. Some students use there phone for the wrong purpose. However, parents need to keep in touch with students. Teachers should trust they're students enough to not do anything stupid with there phones. According to the ASCD phones should be allowed for learning purposes only. "ASCD SmartBrief readers voiced their opinion on the cellphone debate with a strong majority (66 percent) indicating that students should be allowed to bring and use cellphones at school and use them as a learning resource in class. Another two in ten felt that cellphones should be allowed but not used in class (22 percent). Just over ten percent felt cellphones should remain banned in schools" In a article written by Lisa Nelson, it states why phones should be allowed. "If we are preparing our students for life after school, we should allow them to use the tools they will be using when they get there. How many jobs can you think of right now where a smart phone is not beneficial? Mechanics order parts on their phone, engineers view blueprints, doctors calculate dosages, and grocers check inventory. The list is endless. By the time our students enter their professions the need to utilize mobile technology will be even stronger. Not preparing our students for that world is negligent." 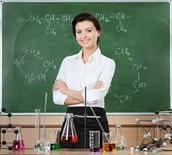 Phones should be allowed

Should there be a fine if students use their phones?

Should phones be taken for the rest of the year if students are caught with a phone?

Send us your answer to some of the questions in the link below.

Phone Use In School