A message from "Ms. Ima"

I am so excited how the 2018-19 school year has begun! There are so many positive changes and awesome things in the works. I hope everyone had a wonderful relaxing summer. My family and I spent a month in Japan visiting relatives, eating delicious foods and sightseeing. One of my favorite things to do in Japan is gathering new authentic materials for my students. I found so much this time! I get so excited sharing my love of Japan with everyone! This year I have starting using weekly station rotations that give the students equally divided practice on the 4 modes of communication-Speaking, Listening, Reading, Writing. I am enjoying meeting with and getting to know the students in small groups. I am already witnessing an increase in output!

This year we have Okinawan dancers coming for a visit in October! JASCO's Executive Director Dr. Benjamin Pachter is presenting in February about Idols-something I know the students will relish! June 24-July 1 we have a sightseeing tour scheduled with EXPLORICA! It's going to be a great year!! 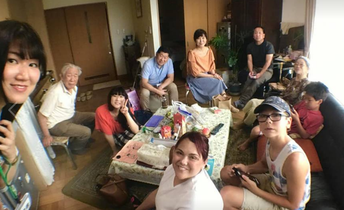 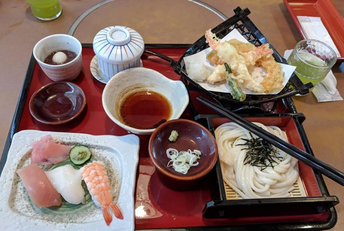 One of the delicious meals I had 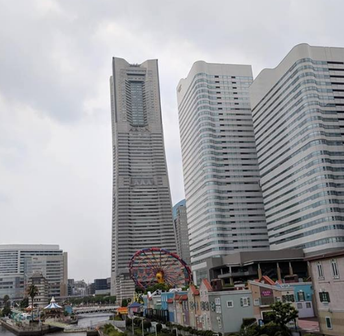 5 REASONS YOU SHOULD HOST:

4. Have a Cultural Experience at Home 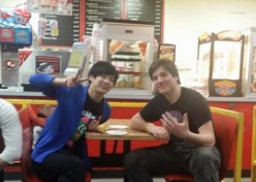 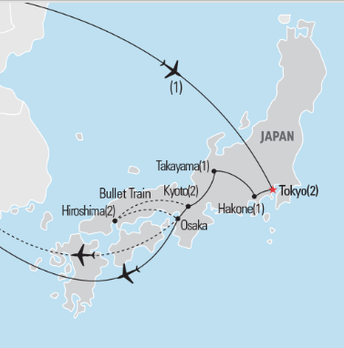 A NEW WAY TO APPROACH OUR GOALS: 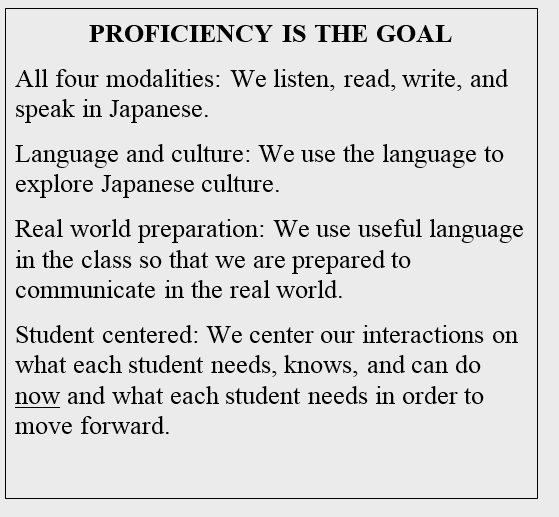 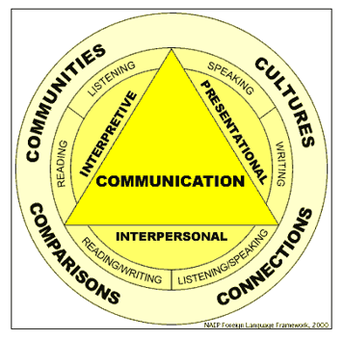 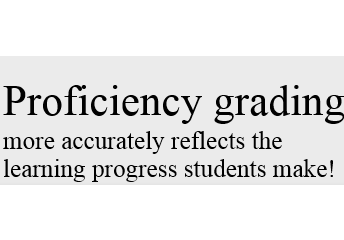 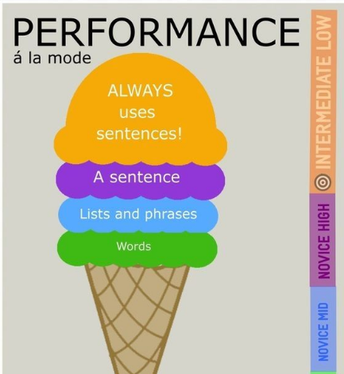 HISTORICAL SIGNIFICANCE: Do you know how the Cherry Blossom Festival in Washington, DC began? On February 14, 1912, Mayor Yukio Ozaki of Tokyo, donated 3000 cherry trees to the city of Washington, D.C. shipped from Yokohama, Japan on board the S.S. Awa Maru, by way of Seattle. This historic event was made possible through the efforts of Mrs. Helen Herron Taft, wife of then President William Howard Taft and Eliza Scidmore. On March 27, 1912, Mrs. Taft and the Viscountess Chinda, wife of the Japanese Ambassador, picked two Yoshino cherry trees from the original 3000 trees and planted them on the northern bank of the Tidal basin near what is now Independence Avenue now marked by a large bronze plaque. Washington’s famous National Cherry Blossom Festival grew from this simple ceremony and gesture of friendship. President William Howard Taft and wife Helen were from Ohio. On April 27, 2012, the city of Columbus celebrated the 1912 centennial of the donation of the original cherry trees in Washington, D.C. by planting 20 cherry trees in Franklin Park as a symbol of friendship between the U.S. and Japan for over 100 years and in remembrance of the Great Tōhoku Earthquake and Tsunami in Japan. In the spring of 2018, the city of Columbus Recreation and Parks Department, Franklin Park Conservatory and the International Voluntary Organizations (IVO) joined efforts to obtain and plant 40 additional cherry trees around the lower pond which will be dedicated on September 22, 2018. In 2020, an additional 40 cherry trees will be planted around the Upper Pond for a total of 100. In 2022, the IVO Columbus hopes to hold the first Cherry Blossom Festival in Columbus, like the annual event in Washington DC. 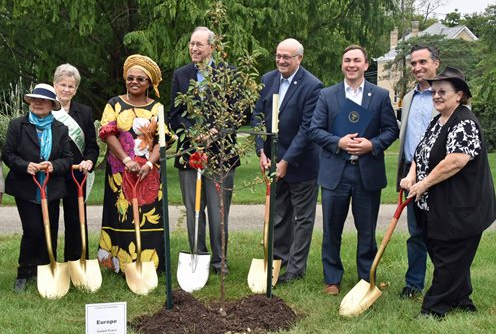 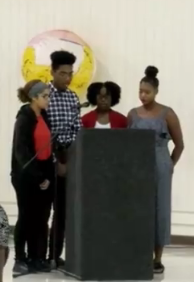 Ft. Hayes students under the direction of Dr. Martha Tepper sang at the event. 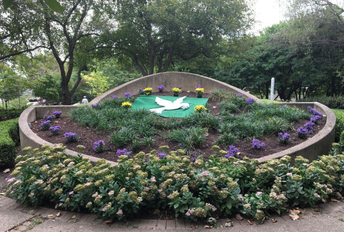 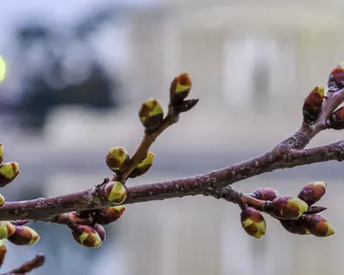 "Growth Mindset"-We are moving away from a "Fixed MIndset" this year!!

The World Language Department has chosen to focus on Growth Mindset this year. Students will learn to identify what type of mindset they have and we will work with them to make changes toward a Growth Mindset! Everyone CAN learn!! 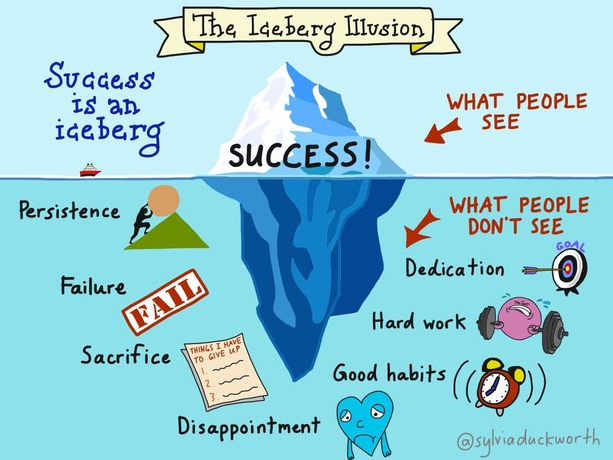 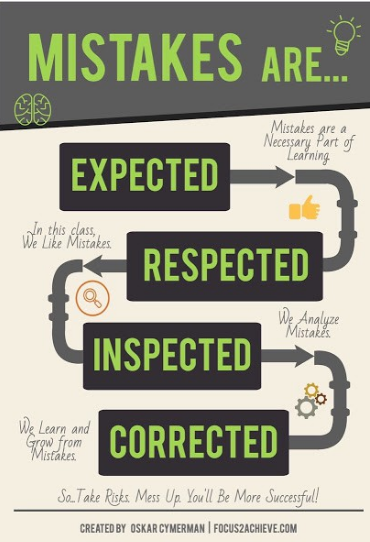 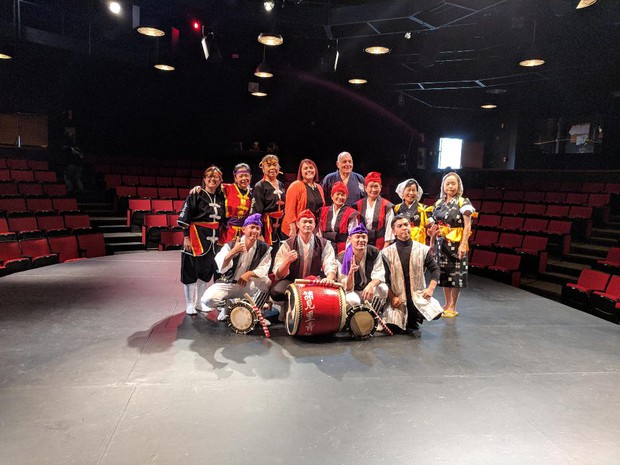 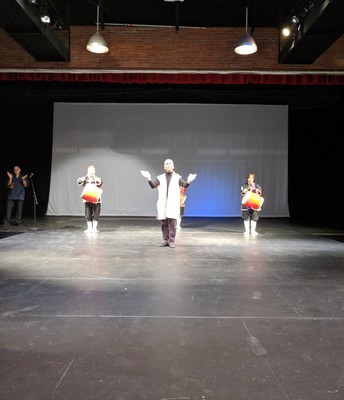 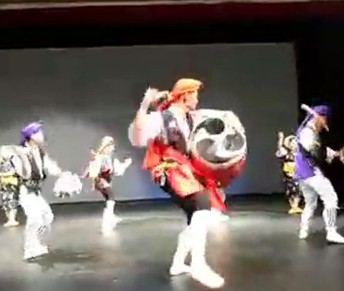 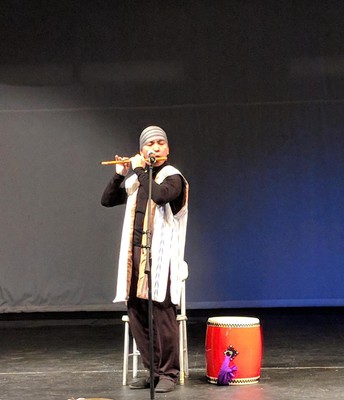 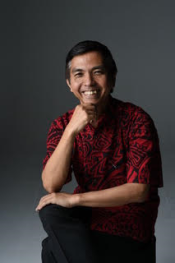 Daiichi during visit to USA in September, 2018.

Ladies and gentlemen, it is with great excitement and anticipation that I inform you of a very special guest who will be attending our World Uchinanchu Day Celebration. Mr. Daiichi Hirata will be coming from Okinawa as part of the 2018 Okinawa Performing Arts Instructor Dispatch Program. This program has been established by the Okinawan government to help establish a World Uchinanchu Day within overseas communities.

Mr. Hirata is quite famous in Okinawa and known for his works that promote Okinawan culture to the outside world. He has many accolades under his belt including being a theater director, playwright, poet, and community activist. He will be attending with other preforming arts delegates to discuss and teach both our Uchinanchu community and friends of Okinawan culture who choose to attend. The belief is that a true Uchina Network does not mean a network comprised solely of Uchinanchu people, but of all people who enjoy the culture and arts of Okinawa and wish to be connected to Okinawa. It is the hope of this delegation that such people lead to the further strengthening of this network. In addition, Moromizato Eisa Instructors Kohei Sunagawa, Renta Irei, Yu Hanashiro will be visiting us in Ohio and instructing our Tomono Kai of Ohio Moromizato Eisa performers.

Here is a little information about Mr. Hirata