Get email updates from bri: 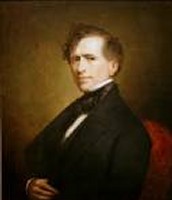 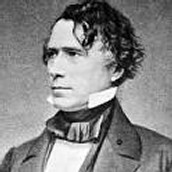 In 1829, Franklin Pierce was elected to the state of legislature. Franklin Pierce was well connected to his people, he was then chosen as Speaker of the House in 1831. Franklin pierce was then elected to the United States House of Representatives, all while he was still in his late 20's. He opened a law practice in his new hometown, Concord. His new practice gave him local fame, and citizens all over New Hampshire fought for him in the court room.

Unfortunately, Franklin Pierce is considered one of the least effective presidents of the United States. In 1854 Franklin supported the Kansas-Nebraska Act. This act put an end to the Missouri Compromise and allowed new states to decide whether they would allow slavery or not. Pierce sent James Gadsden to Mexico to purchase land for a southern railroad. He ended up buying land that makes up New Mexico and Arizona. It was only purchased for 10 million dollars. After franklin signed the Kansas-Nebraska Act there were many small fights between pro and anti-slavery groups in Kansas. It became known as Bleeding Kansas.

Pierce settled in New Hampshire after his presidency. By the time he left office, the nation moved much closer to civil war. Pierce blamed Abraham Lincoln for war. His wife died in 1863. He then died from liver failure in 1869.

Franklin pierce was young and attractive, he was the top man in the democratic party. Unfortunately, he was one of the most ineffective presidents we have had to day. He made poor decisions in his presidency. 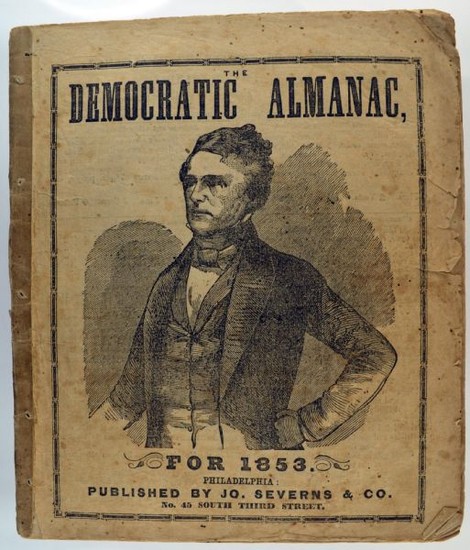 No, he did nothing to help America. He was not personally Pro-slavery, but was not an abolitionist. If slavery were still to happen today America would be far near the county it is today. He would do a lousy job to save America.