A Newsletter for School Counselors in the SUHSD - May 2017

A Newsletter for School Counselors in the SUHSD - May 2017

Do you find yourself checking your email first thing in the morning? Do you check your computer every time you receive a notification? Check out this article on mindfulness practices that help reduce stress and knee-jerk reactions. 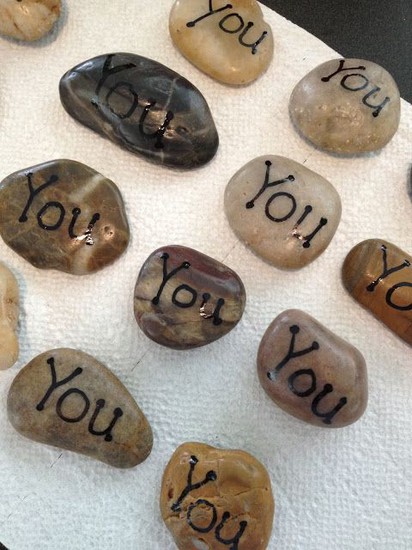 The program is geared towards providing professional support and guidance to our new school counselors and to engage in growth and learning opportunities so you are equipped to practice within a comprehensive guidance program and have the tools and resources to address our students needs. 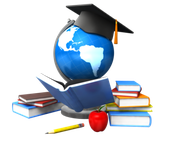 School counselors are often providing core curricular lessons in the classroom. As you plan your lessons for next school year, consider incorporating multiple learning modalities to engage your students. Click here to read more.

Looking to spice up your lessons? Check out this resource that was shared by Danielle Duarte at her workshop "Spice up Your Counseling Lessons," presented at the School Counselor Leadership Conference @ USD. 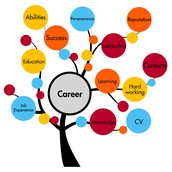 Take a look at the Your Career Starts Here video,

which discusses the importance of career planning in relation to the labor market. It provides an alternate narrative that all students must go onto a four year university, and highlights the education and preparation that students can acquire at the community college.

One of our topics at our May District Counselor meeting was how to provide support and understand the rights of students who are undocumented.

Many of our students experience increased anxiety and uncertainty when their parents are undocumented. A new brief from the non-profit group, Education Trust-West, recently found that about 1 in 8 students in California have a parent who is undocumented.

As counselors, it is critical for us to be aware of social issues which may heighten the anxiety and fear that our students are experiencing. Click here to read more.

Stay tuned for a 2017-2018 Master Calender of School Counselor Events.

Happenings Around the District

Five hundred seniors visited SWC on April 18th. Students visited classrooms, listened to a student panel, attended a transfer fair, and a club festival. Thank you to the counselors for organizing and recruiting students at the sites and to Nancy Castro Nieto for coordinating this event in conjunction with SWC. Click here to view more pictures from the senior visit to SWC. 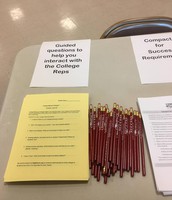 Congratulations to all the middle school counselors and Nancy Nieto for hosting another successful "College Making It Happen" Night! The event is part of the Compact For Success program where each middle school hosts an evening for parents and students to learn about funding college costs, Compact Requirements, and understanding the college admission requirements. 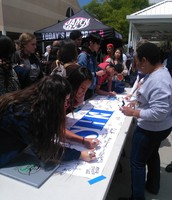 College Signing Day was a big success! Our very own Montgomery High School was featured in the KUSI news.

College Signing Day seeks to increase post-secondary success by celebrating the accomplishments of our students, in particular those with a post-secondary plan. It was great to see the similarities and differences across the different schools and to see the creativity that went into the planning. 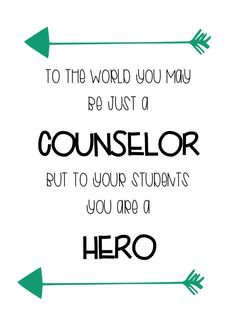 Data Insights provides data at your fingertips! It is our Sweetwater data warehouse and provides interactive charts and graphs of students with 'D/F' rates (and by subject area), feeder school data, suspension and attendance rates, graduation rates, to name a few.

Dr. Dan Winters is currently working on customizing additional reports pertinent to school counselors. Visit the Data Insights page and log in using the same information as if you were logging into your computer. 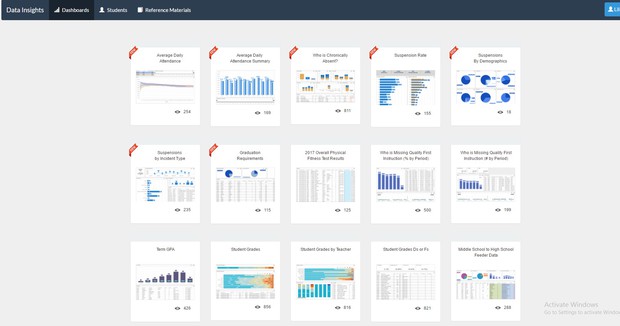 Suicide Contracts, Asessments and Parental/Guardian Notification: Error on the Side of Caution by Dr. Carolyn Stone

The case study below was shared by the guru of ethics and legal issues, Dr. Carolyn Stone, as it pertains to school counselors. The excerpt below was featured in the ASCA School Counselor magazine.

Heather has been referred to you because she was overheard saying she was going to take her dad’s gun and blow her brains out. You immediately reach out to Heather, who assures you she did not mean it and that she was just blowing off steam. You call Heather’s mother and explain what has been going on, and you tell her you believe her daughter is fine and she does not have to come and get her. You also explain to Heather’s mother that you have completed a suicide or no-harm contract with Heather. You had Heather write on the contract the name of a friend she could turn to if she ever felt like harming herself. She listed another student in your school. Are there any legal or ethical concerns in how this case is handled?

The September/October 2013 Legal/Ethical column used the hypothetical case above to examine the all-too-real July 2013 Delaware Supreme Court case in which the high court overturned a lower court’s denial that the grandparents of 16-year-old Roger “Mac” Ellerbe Jr. had sufficient grounds to sue Christina School District and their grandson’s school counselor, Margette Finney, for his suicide. The thrust of this court case is the school counselor’s failure to notify parents/guardians of a child’s suicidal ideation and will now be tested in a jury trial.

Part II of the hypothetical case involving Heather allows us to address court case findings regarding suicide assessments and no-harm contracts. In Mikell v. School Admin. Unit No. 33, 972 A.2d 1050 (N.H. 2009), Mikell, the plaintiff, argued that the school counselor, Moule, voluntarily took custody and control of her child when she told Mikell that Joshua’s threat was the result of a learning disability, and he was okay to stay at school. Moule also completed a no-harm contract with Joshua and did not advise Mikell to have Joshua examined by an outside professional. In other words, the school counselor was accused of overstepping in loco parentis, making a decision about the stability of Joshua’s condition that belonged solely to Joshua’s parents.

The plaintiff asserted that “[t]his series of actions effectively shielded Joshua from the benefit of parental or other professional assistance while [in] school.” The New Hampshire Supreme Court disagreed, ruling that school authorities could be liable for the student’s death only if they had custodial care of the student, which exists in a special relationship like a hospital setting, or if they had engaged in “extreme and outrageous” conduct that “resulted in an uncontrollable impulse to commit suicide or prevented the decedent from realizing the nature of his act” (p. 1054). In the New Hampshire court’s view, the school counselor did not have custodial care and had not engaged in the requisite outrageous conduct, thus precluding liability.

Even though the school counselor escaped legal liability, the outcome gives school counseling professionals little comfort. Risk assessments and no-harm contracts are controversial practices in suicide prevention in school settings. The Centre for Suicide Prevention warns against no-harm contracts as over simplistic, giving school counselors a false sense of security. School counselors sometimes use the contracts in an effort to help avoid lawsuits, but little empirical evidence supports the effectiveness of these contracts in avoiding suicide incidents or ensuing lawsuits. Additionally, use of a suicide contract in some parents/guardians’ minds might imply the school counselor is ensuring the student’s safety. The word “contract” can give the impression of a binding agreement. However, a suicidal person is in no way trustworthy to uphold the promise made in signing a contract due to the delicacy of his or her mental and emotional state.

In some cases, well-intentioned school counselors may recruit a student’s friend as a helper and name the friend as someone a suicidal student can turn to for help when having suicidal thoughts. However, doing so burdens the peers with too much responsibility for another student’s life or death. It would be a proactive decision to make all students aware of what to do when a classmate shares suicidal thoughts with them. Few students know what to do, which is troubling as students reported being more likely to report suicidal ideations to a friend than to an adult.

School counselors who rely on suicide assessments for definitive answers are risking danger for themselves and their students. Using a suicide assessment to negate the possibility of a suicide is faulty practice at best and dangerous at worst. If used at all, a suicide assessment should be a tool to underscore to parents/guardians the urgency of the need to monitor their child and get them professional help. The school counselor’s role is to help parents/guardians find available resources to help suicidal students. Central to Mikell’s assertions was that the school counselor did not recommend she take her child to an outside counselor for further evaluation. You should have a network of referral resources in place prior to an emergency situation. When working with suicidal students, Make every attempt possible to supply parents/guardians with counseling referrals until placement is secured for that student.

Where does a school counselor’s legal liability end? In the vast majority of cases, it ends when the school counselor has notified school authorities and parents that a student is at risk and has recommended appropriate actions. The courts do not expect school counselors to do the impossible and prevent all adolescent suicides. Rather, the court’s message is that the consequence of the risk in not involving parents is too great and that parents must be allowed to try to intervene on behalf of their child. A school counselor’s ethical obligation to a suicidal student may extend beyond parental notification if the parents do not seek help for their child. If they do not arrange counseling when the suicidal student is first identified, the probability of attempts and completion increases. In most cases, the school counselor will need to notify Child Protective Services of a possible neglect situation if the parents do not pursue counseling. The message the courts continue to send the profession is to err on the side of caution and call parents/guardians. Too many students have fooled school counselors into thinking they were not really suicidal when they were escaping scrutiny so they could end their lives.

Carolyn Stone, Ed.D., is a professor at the University of North Florida and ASCA’s ethics chair. She can be reached at cstone@unf.edu. Contact the author for references to this article. 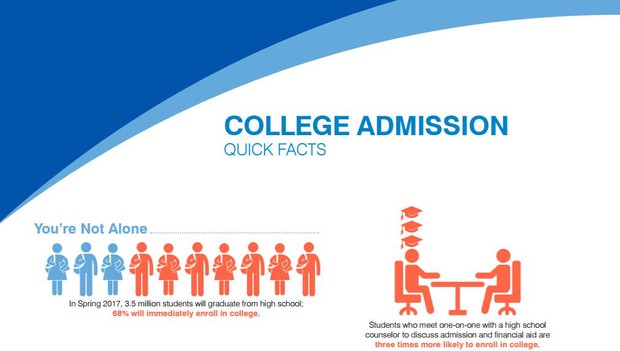