Get email updates from Omar:

A video card also know as a graphic card, creates images and graphics more faster. A video card has 4 main components which are: A motherboard connection for power and data, a processor to know what to do with each pixel, memory to store temporarily hold images and to hold info about each pixel. The video card has its own processor which is know as a GPU (graphical processing unit). Like the motherboard, a GPU is a printed circuit that contains the processor and RAM. It does all the mathematical and geometric calculations needed for graphics rendering. This allows it to receive information from the CPU and and send outputs to the monitor. Video cards aren't necessary for a computer if its not used to handle large graphic files (i.e video games) because most motherboard come with integrated graphics.

The video card is measured in 5 things:

GPU clock speed: Is the speed in which the GPU executes instructions. The higher the GPU clock rate, the faster the GPU. It is is measured megahertz (MHz) or gigahertz (GHz). 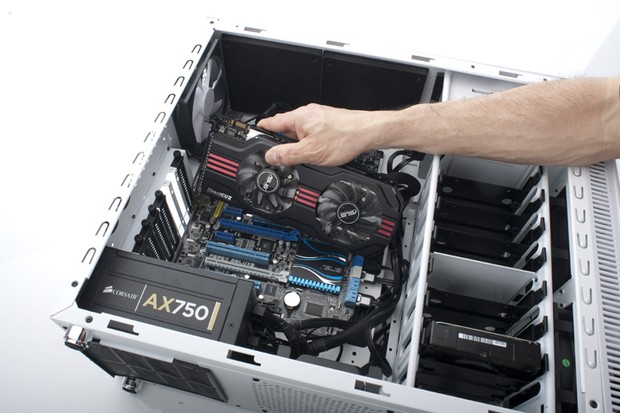 Short for Hard Disk Drive, The HDD is a computer's main storage media that stores all data on the computer permanently. It consists of one or more hard drive platters (or hard disks) in an air tight sealing. They are usually in an internal drive bay and is connected to the motherboard by a SATA, ATA, or SCSI cable and a power cable. It is composed of 5 parts: The head actuator,read/write actuator arm, read/write head, spindle, and platter. It is a necessary part of a computer as it is a must to retrieve and store digital information for a computer to run. The HDD is usually measured in its interface whuch comes in versions such as SATA 12, SAS 6.0, etc. and the how much it can store (usually measured in GB or TB). The more storage space it has, the more data and info it can store. 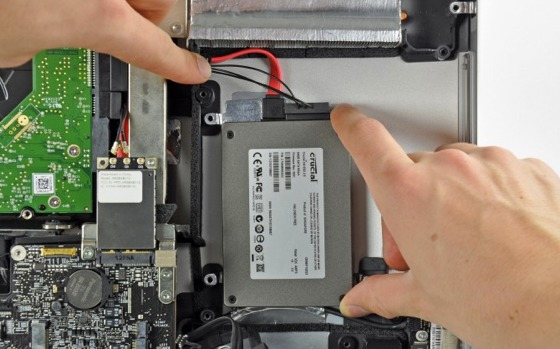 The motherboard is a printed circuit board that is usually located at the bottom of the computer case. It gives power to the RAM, CPU, and every other hardware component and lets them communicate with each other. The motherboard is made out of various parts, some of the parts are: The heatsink, expansion slots, northbridge, and the capacitor. As time goes on motherboard have advanced, as they've changed, they change in size, layout and other certain information that helps make sure the hardware made for the motherboard is compatible, these various forms of motherboards are known as form factors. Some form factors are ATX, DTX, BTX, and LPX, the ATX is the most commonly used form factor. The mother board is one of the most important parts of a computer. 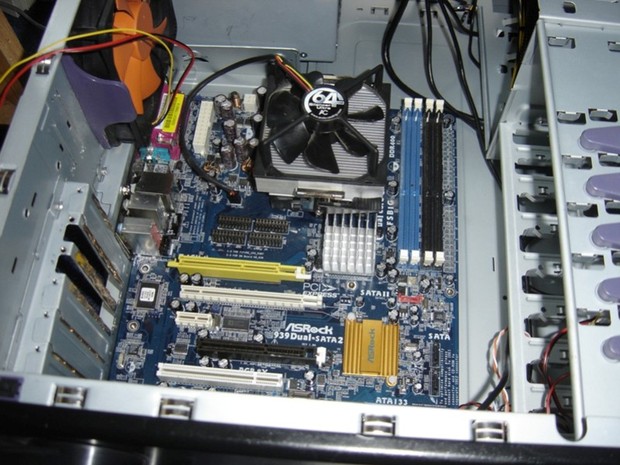 Short for Basic input/Output system, the BIOS is a chip attached to all motherboards and contains setup and instructions for how your system should boot and how it should operate. The bios has 4 main functions:

Bootstrap Loader- Is to locate the operating system. If an OS is located, the BIOS will pass control it.

BIOS drivers- Drivers that give basic control over your PC's hardware.

BIOS or CMOS Setup- Program that lets you configure hardware setting including the system's setting like computer passwords, time, and date. 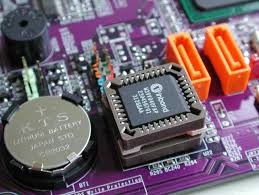