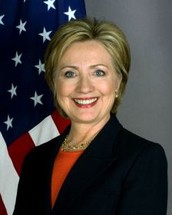 Hillary Clinton first rose to elective office in 2001 and stepped down from an elected position in 2009. Clinton has served as an elected official for a total of 8 years, which is 7 less than the average 2016 presidential candidate (15 years).

Here are some pictures and charts.

They both have very good chances of making it.

June and July compared to now.

It is definitely going to be close.