Civil War in Chad and Sudan Conflict in Darfur Region

Civil War in Chad and Sudan Conflict in Darfur Region

Unless issues with government corruption and sectarian violence are solved, the countries of Chad and Sudan will never fully develop. They must also work together to respect each other’s national sovereignty in order to promote regional peace.

Leader of the Union of Forces for Democracy and Development 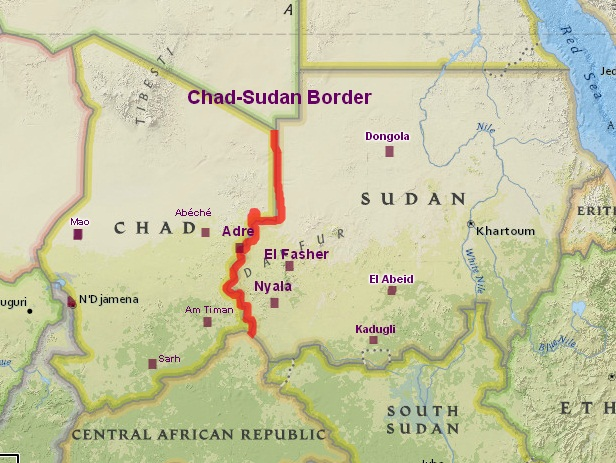 This map shows the major battles during the Chadian Civil War and illustrates how the conflict in Darfur spilled over the border into Chad through the red line which marks the extensive border.

Sudan and Chad have had a messy past, consistently getting involved in each other’s affairs as Sudan initially brought Idriss Deby to power in 1990 but later attempted to overthrow him through the Chad Civil War (Chad Timeline). As the crisis in Darfur broke out again in 2003, the Sudanese government accused Chad of supplying its rebels and seemed to have retaliated by providing Chadian rebels with support during the Chadian Civil War (Wax). Both sides have continuously denied involvement in each other’s affairs. 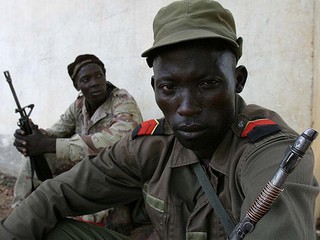 Chadian rebels on the frontline

Refugees from the conflict in Darfur have spilled over into Chad in droves with a reported estimate of around 288,700 Sudanese refugees (Chad). Additionally refuges from the Civil War in Chad numbered 180,000 at one point but have dropped to 90,000 as half have been able to return home (Chad). On top of all this, 56,700 refugees from the Central African Republic entered Chad seeking haven from regional violence (Chad). Several massive refugee camps existed throughout eastern Chad. Janjaweed militants who worked for the Sudanese government followed these refugees across the border as the camps were perfect places to round up child soldiers due to their lack of security. 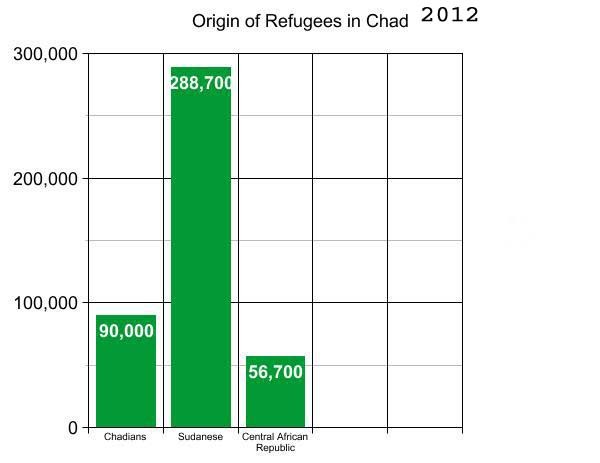 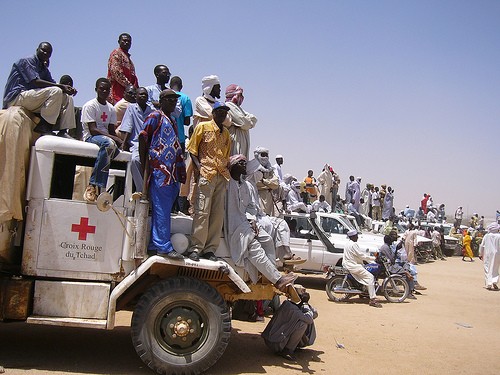 Relief efforts were headed by the Red Cross and UN 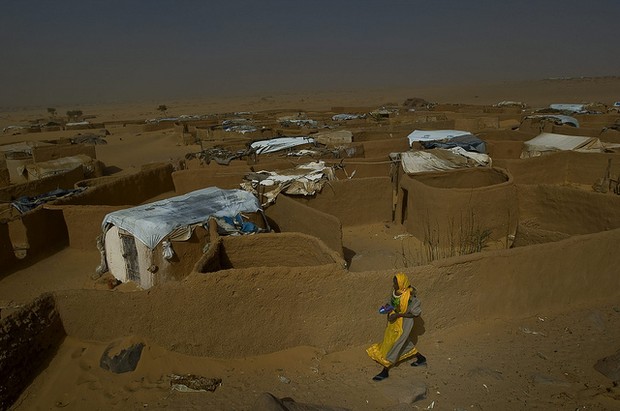 An EXAMPLE OF A REFUGEE CAMP IN CHAD

Sudanese rebels in Darfur have been fighting the government due to lack of economic aid and general neglect in terms of representation. These rebels received aid from the Chadian government as Deby hoped to overthrow the Sudanese government but was ultimately unsuccessful (Wax). In Chad, rebels battled the government due to religious differences and instigation from Sudanese belligerents hoping to overthrow President Deby (Hancock). The major religious differences has led to centuries of strife between northern and southern Chad (see chart below for breakdown). Both rulers manage very corrupt governments and routinely violate human rights protocols. Both rebellions failed, and both countries were left of worse than before. 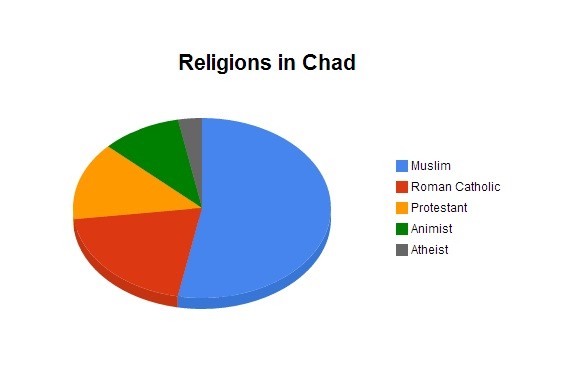 The leaders of Sudan and Chad agree to end the conflict in 2010 as they reopened the border for the first time in seven years . The United Nation’s MINURCAT mission established in 2009 to promote human rights and improve security in eastern Chad began to wind down in December 2010 at the request of the Chadian government (Minurcat). The Chad Civil War resulted in 1,596 recorded deaths with thousands unrecorded and the conflict in Darfur resulted in 298,271 deaths (Events of 2010). The crisis in Darfur eventually led to the split between Sudan and South Sudan and the civil War in Chad has seriously destabilized an already poor country. The area still remains a very violent place and is economically unstable. Chadian rebels which never officially singed a peace agreement with the government could strike at any time and reignite war (Chad rebels deny military defeat). 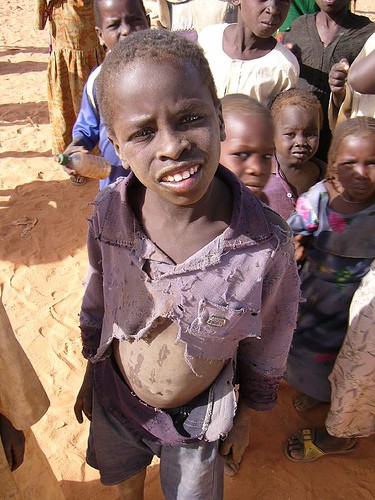 children will feel the effects for generations to come

Follow Frank Canavan
Contact Frank Canavan
Embed code is for website/blog and not email. To embed your newsletter in a Mass Notification System, click HERE to see how or reach out to support@smore.com
close