Scotland has a long and very interesting history. It was found by men after the ice age in about 2000. The country has held many harsh and cruel wars. It is home to great wild life, land, and natural recourses. 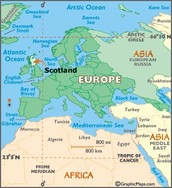 Near Europe. North of England and part of GreatBritain. 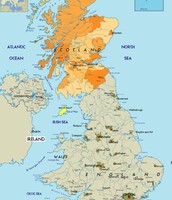 Facts about culture and government.

Their main language is Scottish English. As of right now there is not much fighting but in the past there has been a lot. One of the most influential groups in Scotland is The Church Of Scotland. They control the religious part of the government. They stand near the top of the list for the ruling.