William Herschel was born November 15, 1738 in Hannover, Germany. He lived in Germany until 1757 when he moved to England due to the French occupation of Germany. He started earning a living through music, just like his father. However, he had a curious mind that led him towards studying astronomy.

While most people in his day and age were interested in planets and the solar system, Herschel was interested in what exists beyond the solar system. This was initially a problem since the telescopes of the time didn't have the capabilities to observe these objects Herschel desired to see. He ended up making his telescope mirrors himself in order to solve this issue. By the time he completed his ideal telescope, it had a magnification power 6,450 times that of the telescope in Greenwich Observatory. Some of his most notable achievements in astronomy include the discovery of Uranus, his theory on the formation of nebulae, and his efforts to catalogue binary stars, nebulae, and star clusters.

Later on in his life, Herschel was knighted in 1816 for his contributions to astronomy. He passed on August 25, 1816. 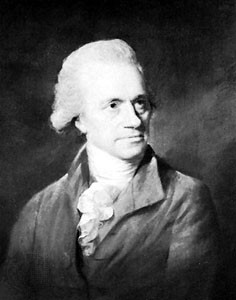 Although Herschel was the first to observe Uranus, he was the first to determine that it was a planet. He was using his 48 inch telescope in order to find binary stars when he stumbled upon a fuzzy disc. At first he thought he was looking at a comet, but after some calculations he realized he was observing a planet. At first he was going to name the planet after King George, but the other British Astronomers agreed it should be named after the father of Saturn in Roman Mythology.

Herschel was the first astronomer to correctly identify what nebula were. This is due to the fact his telescope was more powerful than anyone else's during his time. He was able to observe that these dust clouds were actually being compressed by gravity into new stars. His theory was highly criticized at first, but as more astronomers got more powerful telescopes, they saw Herschel's theory was correct.

Over the course of his lifetime, Herschel catalogued over 2500 nebulae and star clusters as well as 848 binary star systems. These objects are still viewed today by people all over the world on any given night. Some astronomers even make it a goal to observe the Herschel 400 which is a list of 400 of the more observable objects he catalogued. 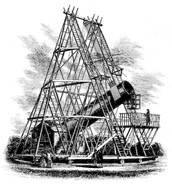 The Horse Head Nebula As Seen By Herschel 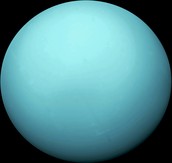