The mountain lion (Puma concolor) is also known as the cougar, puma, panther, and catamount, and is the largest wildcat in North America. Mountain lions have powerful limbs and can leap as high as 15 feet and as far as 40 feet. 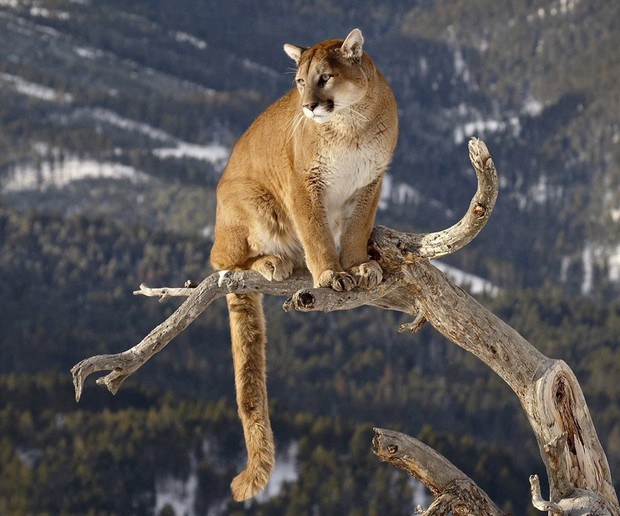 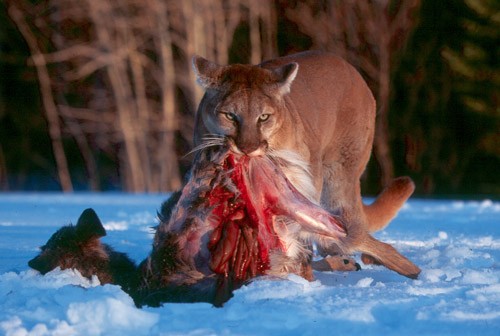 There are an estimated 30,000 mountain lions in the western United States. One mountain lion subspecies, the Florida Panther, is critically endangered with a population of less than 100 individuals. In Oregon the Mountain Lion population is around 5,700

With the exception of humans, the mountain lion has the largest range of any mammal in the Western Hemisphere. They are found from Canada to Argentina. In North America, they can be found from British Columbia and southern Alberta to California and Texas. Small populations can be found east of the Mississippi River. The Florida panther is found in isolated populations in Florida. The tan/brown color represents the common mountain lion sightings.

Mountain lions are solitary animals. They are very territorial and actively avoid other cats except during courtship. Their ranges can vary in size from 10 square miles to around 370 square miles; females tend to have smaller ranges than males. Mountain lions are active hunters and may travel long distances in search of food. They hunt alone and attack from behind, breaking the neck of their prey by biting it at the base of the skull. After killing their prey, they will bury it and leave it, coming back to feed on it when hungry. 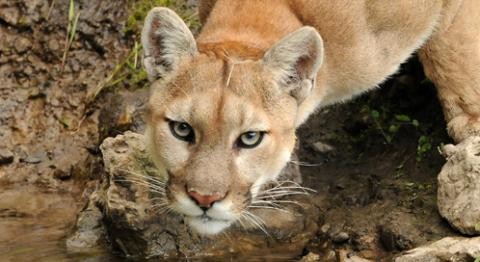 Mating Season: Commonly from December to March, but can happen at any time during the year.
Gestation: 82-96 days.
Litter size: 2-4 kittens.

Females have two to four kittens, which the mother raises alone. The kittens nurse for two months, and then start to travel with their mother at which time she teaches them to hunt. They will remain with their mother from 1 ½ - 2 years. Males that enter another male’s territory have been known to kill the kittens so that females will be more willing to mate. 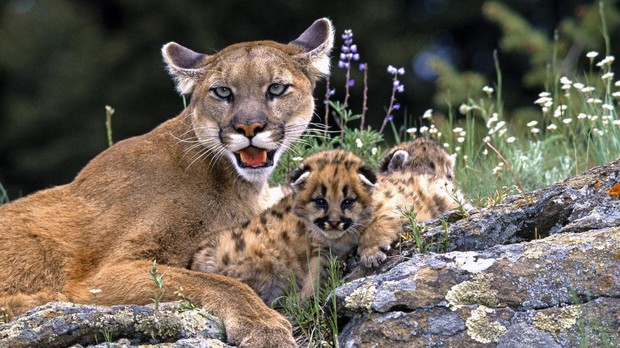 They have long been persecuted and hunted as a threat to livestock. Current threats also include habitat loss and poaching. Humans attack mountain lions more than they attack humans . 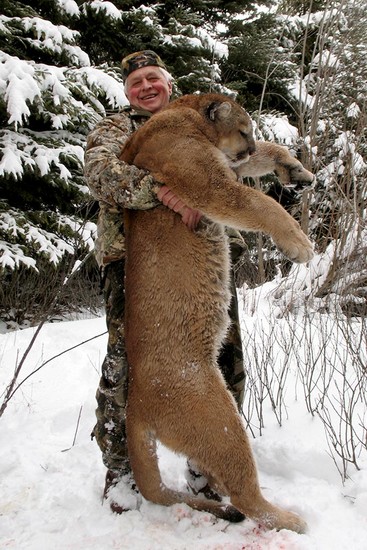 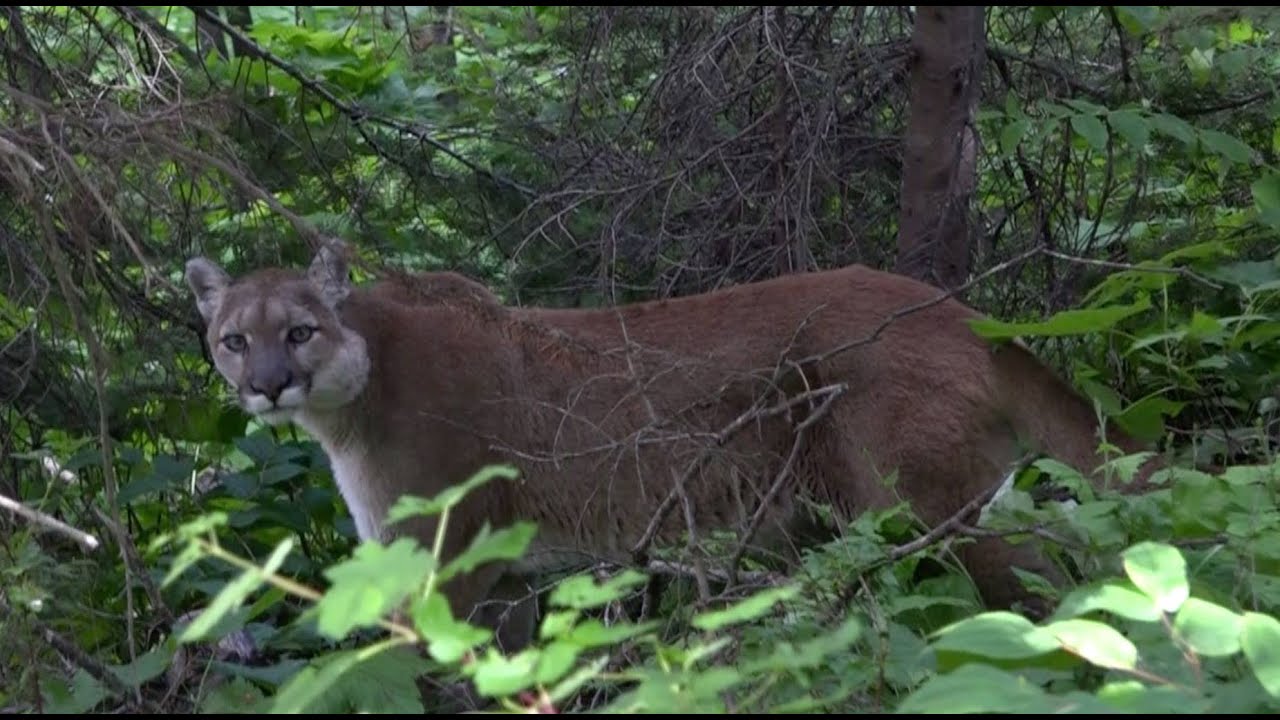 Mountain Lion Stand Off With Hiker

m.youtube.com
Here is my standoff with a mountain lion that happened last summer in Glacier National Park. I did see the abscess when filming it and the first thing I did ...

wide variety of biomes , but require habitat with large prey and cover for hunting. 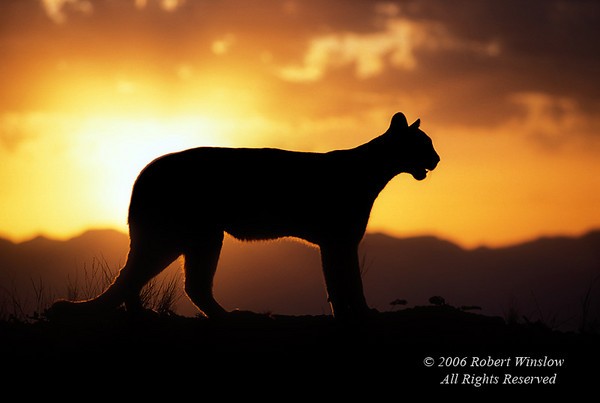 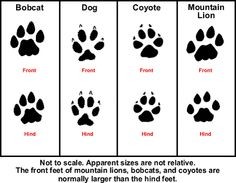