From Mocha to Java

From Mocha to Java

The Hearth of Coffee

Coffee started in Ethiopia. It first diffused to Arab countries around Ethiopia. This is an example of expansion diffusion because it expanded off of Ethiopia to surrounding countries. From these places, they expanded to across the world. Potatoes originated in South America to Europe.

In the United States, there is more coffee has been imported because of the recent demand. Some of the first coffee houses began in the Northern U.S.

Coffee houses are very popular in places like Boston, which is a functional region. The Green Dragon is a coffee house where the Boston Tea Party was planned. 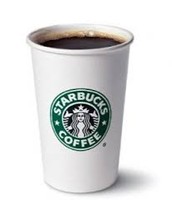 Coffee has expanded all over the globe. Some places it is unacceptable, but in most third world countries places it is used for pleasure or for energy.

Coffee connects companies from many places together because the trade of the companies helps economies grow though importation and exportation. In the end, companies make money off of coffee. For countries that do not accept coffee, they do not get this same kind of connectivity.

Most countries have easy accessibility to coffee. If it is from their backyard, or the nearby Starbucks. In general, most people have access to coffee. Some places may not have a desire to drink it because it is used for their work, but they could have it if they chose to.

When coffee was first found, the Spanish sailors transported coffee from South America. The idea of coffee was brought to Europe from the relocation of the Spanish soldiers.

Coffee is all roasted, but some are roasted in different ways. This is why some coffees taste different than others. For example, Starbucks may have a different coffee roasting than Dunkin' Doughnuts.

Coffee has also been passed along from person to person and its popularity has spread throughout the world from this. Coffee first began in Ethiopia, but then it spread to Arab countries around Ethiopia. 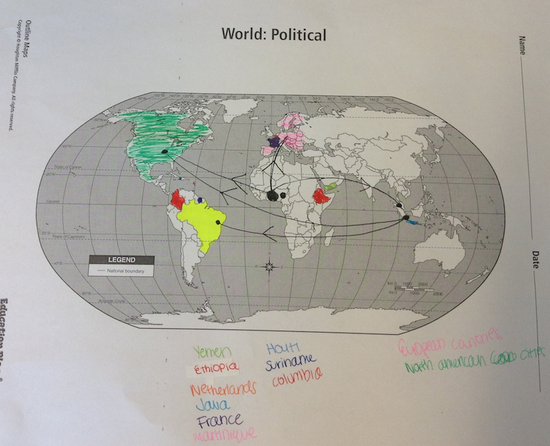 Coffee Varying From Culture to Culture

The meaning of coffee varies from place to place. In the Finnish culture, coffee is very important. They go through more coffee than the US. Coffee fits in with many customs and rituals of the Finnish culture. Coffee in the US is used mostly for energy, but in other countries it is used for pleasure (such as many places in Europe). In places like Brazil, coffee is mostly known for the jobs it creates to harvest it. Some many be harmed in this process, but it creates a wide variety of jobs for the people in the countries that harvest, roast, and package these products. In the end, coffee benefits most people.