sterling is using Smore newsletters to spread the word online.

Get email updates from sterling:

The Lord of the Rings

One ring to rule them all, one ring to corrupt them all

The Lord of the Rings

One ring to rule them all, one ring to corrupt them all

In The lord of the Rings by J.R.R Tolkien is about a Hobbit named Frodo Baggins that has never gone to far from his little hole in the ground he calls ''home'' going on an epic adventure to save the world from complete destruction from a ring that his father named bilbo kept secrete for years. Frodo goes on his adventure to give the ring to the people required to take it to mount doom where it was created to be destroyed. The ring corrupts people to easily and it is decided that he does it with the aid of Gandalf(a wizard), Gimli(a dwarf), Legolas(a Elf), Aragon(a master swordsman and once a king), Boromir(another master swordsman), sam(Hobbit and best friend), marry, and pippin(twins that are good friends). They face great dangers as the cross middle earth to get to mount doom which is heavily guarded by orcs, an evil wizard named Sauron which will stop at nothing to keep them from completing their epic quest, and a giant eye that sees all, gives Frodo nightmares and tries to corrupt him... and it almost works.

Who/Why would I suggest this to

I Would suggest it to Mature teens and adults who love reading a fantasy adventure book. It is a good read because it captures you in the moment and tries to give you the best vision possible if you like to visualize what is happening.

The Hobbit By J.R.R Tolkien

another action packed adventure staring Bilbo Baggins (Frodo's father) writing a story for Frodo when he is gone. It is about how he helped 7 Dwarves get their most prized possession back from their home that was taken over by a dragon. 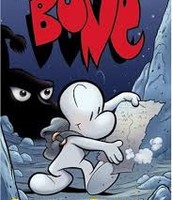 Three Brothers that get run out of town by their people because one of them was a bad mayor, they all get lost from each other in a vast wilderness that none has known about and eventually all meet back up from the help of a girl named Thorn and her grandmother Ben.

A young boy that goes away from his home to go to Hogwarts to become a great wizard. As he enrolls there many troubles come to him, but with the help of his two best friends(Ron and Hermione) they get through them.

sterling is using Smore newsletters to spread the word online.