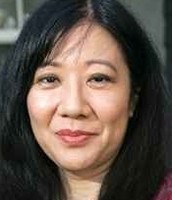 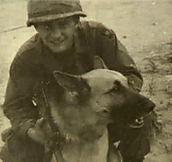 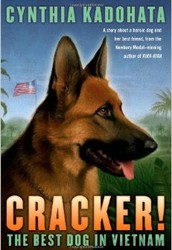 During the Vietnam War, a boy Willie and his dog, a German shepherd named Cracker, move into an apartment in Chicago after Willie's father loses his job. The apartment does not allow dogs however, and Willie is forced to give up Cracker to the Army. Cracker is then transferred to an Army base where she soon becomes angry, sad, and aggressive because she is away from Willie.

Rick Hanski is a 17 year-old who is enlists in the Army, is assigned as a dog handler and and is paired with Cracker. Although they start out rough at first, Cracker and Rick begin to work well together as Cracker learns to trust Rick.

Soon after training, Rick and Cracker are sent to Vietnam, along with their friends Cody and Twenty-Twenty, who also work with dogs to sniff out any danger to the soldiers. Cracker then becomes one of the best known dogs in the field and is assigned to important tasks. Because of this, she and Rick join a Special Forces unit on a rescue mission to Cambodia where Cracker saves Rick by attacking an enemy soldier about to shoot him. After the war is over, Rick begins to worry about Cracker, as the government views the dogs as equipment, and thus considers them expendable, either euthanizing or leaving them behind. Rick then begins to answer Willie's letter he has been writing to him asking about Cracker's performance in the war. Rick hopes that Willie's uncle, who is a Lt.Colonel, can help in returning Cracker home.

During a routine mission, Rick and Cracker investigate a village in search of enemies in the area. Rick's commanding officer warns that Cracker is signaling danger, which Rick ignores. Their unit is then ambushed, and Rick is wounded in the ensuing chaos.

After the ambush, Cracker is missing, and Rick tries to learn about her whereabouts. Meanwhile, Cracker wanders aimlessly through the Vietnamese jungles, only to find the US camp abandoned. Rick also learns he is being sent back to the US for rehabilitation, but all he can think about is Cracker.

After some time, Rick learns Cracker is actually Ben Hoa where Cody had found her, where it is found it that she is one of the few dogs who wasn't euthanized or left behind in Vietnam. Rick soon contacts Willie, and decide to meet in Chicago, where Cracker ultimately decides to stay at Rick side, and Willie approves.

Overall, I thought this was a great book. It was a good read, had a great plot, and great characters. I enjoy the setting because I like reading historical fiction. The only thing I did not like about it was that at some point during the story, it felt like it was rushed a bit. But it is overall good.