Gabriella is using Smore newsletters to spread the word online.

Get email updates from Gabriella:

Why was it built?

Auschwitz opened in 1940 and was the largest of the Nazi concentration and death camps. Auschwitz initially served as a detention center for political prisoners. It eventually evolved into a variety of camps where Jewish people and other enemies of the Nazi state were exterminated or used as slave labor.

The Death Wall was a place were the condemned were led to be executed.

Block 10 was a cell block in Auschwitz where men and women were used as experimental subjects for German doctors.

Block 11, also known by Jews as "the death block", was a brick building in Auschwitz that was used to solely punish prisoners through torture.

DAILY LIFE IN AUSCHWITZ I

Individuals were packed into cattle trucks were they were locked in and transported for days with horrible conditions. Upon arrival at the camp, detainees were registered and examined by Nazi doctors. The detainees considered unfit for work were immediately ordered to take showers. However, the bathhouses were disguised gas chambers. Those who were marked unfit for work were never officially registered as Auschwitz inmates.

Anne Frank (1929-1945) was a teen writer who went into hiding during the Holocaust, who wrote about her experiences in the renowned work "The Diary of Anne Frank". Anne Frank was sent to Auschwitz and was spared death in the Auschwitz gas chambers and instead was sent to Bergen-Belsen.

Why was it built?

Birkenau was the largest of the more than 40 camps that made up the Auschwitz complex. When construction began in 194, it was opened as a branch of Auschwitz that severed as a center for the extermination of the Jews. It also housed a group of bathhouses where countless people were gassed to death, and crematory ovens where bodies were burned. In its final phase, from 1944, it also became a place where prisoners were concentrated before being transferred to labor in German industry in the depths of the Third Reich.

Some Auschwitz prisoners were subjected to inhumane medical experimentation. The living conditions in Auschwitz II were far worse than those in Auschwitz I. There was no running water or sanitary equipment. The vermin and insects infested the living quarters and work sites of the inmates. 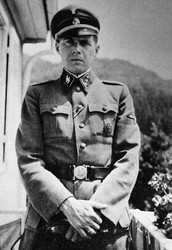 Gabriella is using Smore newsletters to spread the word online.