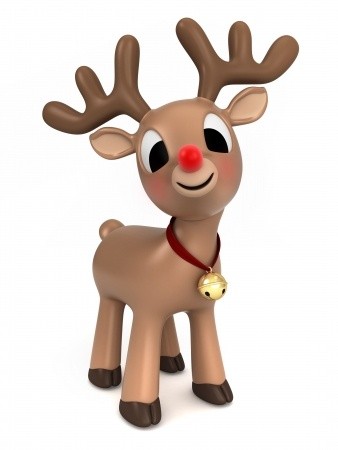 One day at the North Pole, Rudolph was playing in the kitchen. He was so mad because all the other reindeer were making fun of him so he was going to get pay back. He decided to put some antihistamine in the other reindeer's hot chocolate to ensure he would be the sleigh.

2) The jolly fellow, Santa came out of the workshop and was very drowsy. That's when Rudolph figured out he accidentally put the antihistamine in the wrong cup. 3) Feeling sorry, he rushed over and helped Santa to the sleigh.

"Are you okay Santa?" he asked, 4) although he knew the answer. Santa replied sad and tried that he was not sure. Rudolph knew Santa wasn't okay, 5) but Santa insisted he was. Santa, 6) who was now almost asleep, started to fly the sleigh.

""On Dasher, on Dancer, on Prancer and Vixen, on Comet, on Cupid, on Donner and Blitzen! To the top of the porch, to the top of the wall. Now, dash away, dash away, dash away all!" said Santa as he started up the reindeer. As he finish the song he fell asleep and Rudolph felt soo bad. He started to cry and all the other reindeer asked why. After he finished telling what happened, something amazing happened. All that went bad was good again, Santa woke up, all the other reindeer took the sleigh and Rudolph lead them. That was the year that Santa delivered the gifts twice as fast.