Feminist Theory & My Response to The Great Gatsby

Feminist Theory & My Response to The Great Gatsby

A Feminist Analysis of The Great Gatsby

“It's not my responsibility to be beautiful. I'm not alive for that purpose. My existence is not about how desirable you find me.”(Warsan Shire) Feminism is a major concern for the equality of women. Women should be able to move freely the same way that men can. Women should live in a world where it’s not just about their looks but what they have to offer on the inside as well. In the Great Gatsby, the men attempt to maintain traditional gender roles, which were them controlling their significant others. Men don’t believe women should act in the same manner that they men do. Women's main role in their lives was to take care of their husbands and children.

The Great Gatsby displays various aspects of feminist philosophy by reflecting opposing principles of society's model through very different female characters. One of the main characters, Daisy, challenged a lot of the roles that women play in the story. One day Daisy goes over to Gatsby’s house to finish their affair. Daisy feels that Gatsby is only pretending with her and that he likes Myrtle. While Tom isn’t in the room, Daisy kisses gatsby. It was said “As he left the room again she got up and went over to Gatsby and pulled his face down, kissing him on the mouth. “You know I love you,” she murmured. “You forget there’s a lady present,” said Jordan. Daisy looked around doubtfully.“You kiss Nick too.” “What a low, vulgar girl!” “I don’t care!” cried Daisy, and began to clog on the brick fireplace. Then she remembered the heat and sat down guiltily on the couch just as a freshly laundered nurse leading a little girl came into the room.” (87-88 ) When she's warned about her behavior by Jordan, Daisy tells her to kiss Nick. The main idea that we need to understand from Daisy's attitude and the other characters' attitude centers on morality.

In the Great Gatsby, we can tell that all men aren’t as good as they say they are and they all live with their own mistakes and regrets. Tom, for example, is racist, a hypocrite, a cheater, and is short-tempered. He is also shown to be a very hypocritical man when it comes to love, he would not let Gatsby near Daisy because he fears that Daisy will fall for him and start an affair. Tom starts cheating on Daisy early on in their marriage (on their honeymoon!), assuming that Daisy won't leave him because she is so weak and passive. Meanwhile, Daisy enters into the affair with Gatsby, dismissing Tom and her marriage. Tom treats women very poorly as if they were nothing. He stated “‘I don’t see the idea of going to town,” broke out Tom savagely. “Women get these notions in their heads ——” “Shall we take anything to drink?” called Daisy from an upper window. “I’ll get some whiskey,” answered Tom. He went inside. (90 ) The portrayal of women in this novel shows that gender equality becomes less important than social standing.

In conclusion, in The Great Gatsby feminism plays a major role. Feminism is shown throughout society when it comes to money, wealth, power, success, etc. Many women had to lower themselves because of what men felt was right or what was wrong. To me, more specific characters such as Daisy, Myrtle, and Jordan showed what it was like to be a woman and what it is like to challenge the male roles. As you can see that some women in The Great Gatsby care more about themselves and their place in society. Through this novel, the men work to earn money for the women to spend on themselves. Men are very dominant over women, especially in the case of Tom. 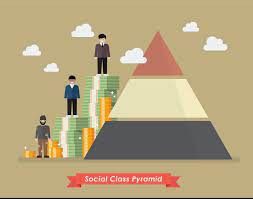 "A better, a richer, a happier life",

But how can you be happy if you have little hope.

Coming to America poor you are limited,

It's like going on vacation with little money and you think dang I shouldn't have visited.

If only there wasn't no classes and everyone was looked as equal with a far opportunity.

Upper class gets everything because they have the money to pay for it.

Middle class it just what it means in the middle,

And Lower class they barely get anything,

Which causes a lot of conflict.

If the American Dream is based on achievement and not where you stand,

Wouldn't the American Dream be a meritocracy?

Some people say that money changes you,

However it brings out who you truly are.

Money and power are closely related.

Money is power, Power is money.

I watch as people spend money in this land of the free,

But how can these people really be free if they are letting money control them.

Some believe that money paves the way,

Others believe that money is destroying people.

So if you want to fly and live your new life,

take some essential things with you.

Family, good choices, a house is all good.

Remember you don't need money to live the American Dream,

That is just a want! 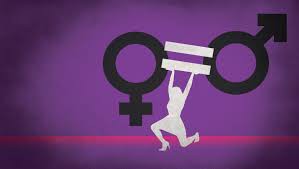 The older we get, the more we realize.

We start to realize that gender limits many opportunities.

This balance between men and women are very slim.

It's always him and never her,

When it comes to women it's always such a blur.

How does this American Dream offer equal opportunities,

If women aren't treated as fairly as men.

Having to wait awhile to gain the right to vote,

It's still as if these men don't take note.

Limited to a certain workplace,

How would these people realize that it is also fair women to feel safe.

What dream are we really living?

For this creative response, I chose to make the Instagram post. With the Instagram post, you had to create a series of 5-6 posts from a character or speaker in the story. The part of the book that this is based upon is chapters 1-3. The character I based my Instagram was Nick. I chose Nick because when I first started reading the book he stuck out to me due to the fact that he was very observant. He is aware of his surroundings which caused him to be very thorough and gave the readers a great sense of imagery. With each of the Instagram posts, I talked about Nick meeting each character and how he felt about them, well his initial response to them. I also included the party he went to and how he felt about that as well. Overall in chapters 1-3, choosing Nick was one of my creative decisions because to me he stood out. 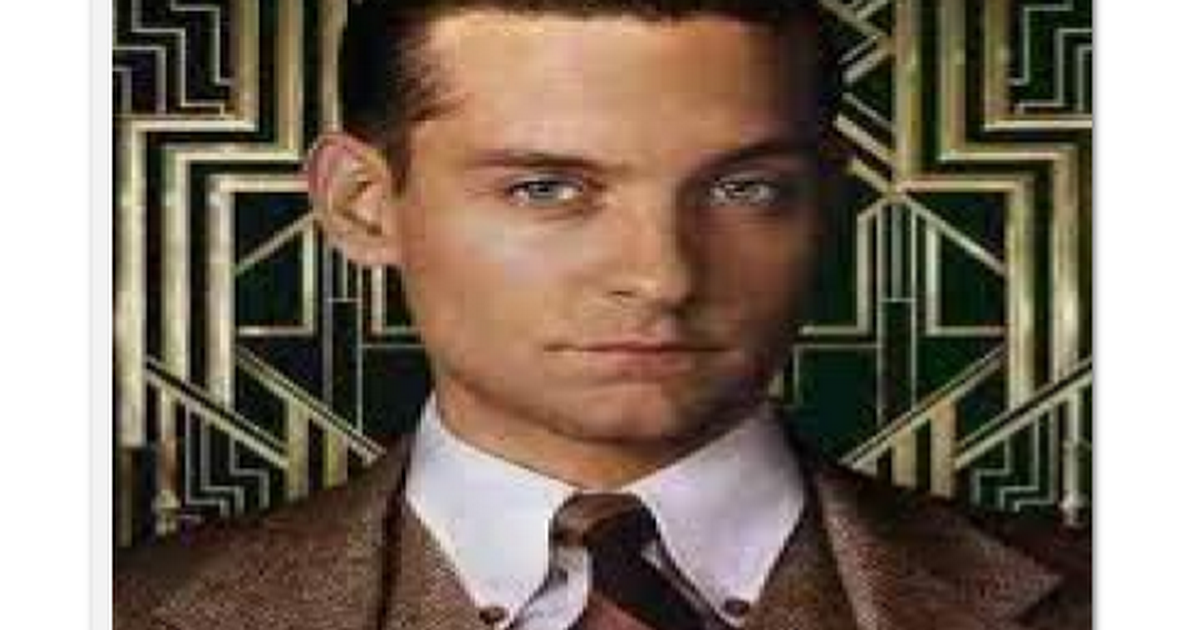 In this creative response for chapters 4-6, we basically had options to choose from and the option I chose was writing about the events and actions that took place. I decided to make a poem about everything I felt was important. In chapters 4-6 we started to unravel many truths, that's why the poem is titled "Many Truths Revealed". I broke down my poem into 3 different parts but all in chronological order. The first part of the poem discusses how Gatsby changed his name because we he wanted a new lifestyle. The second portion of the poem discusses how Tom went to Gatsby house and with him going there he found out that Gatsby knew his wife. With the 3rd section of the poem it talks about how Daisy didn't like the party which upset Gatsby. I believe that my poem covers the main ideas of each of the chapters which then could help people better understand. 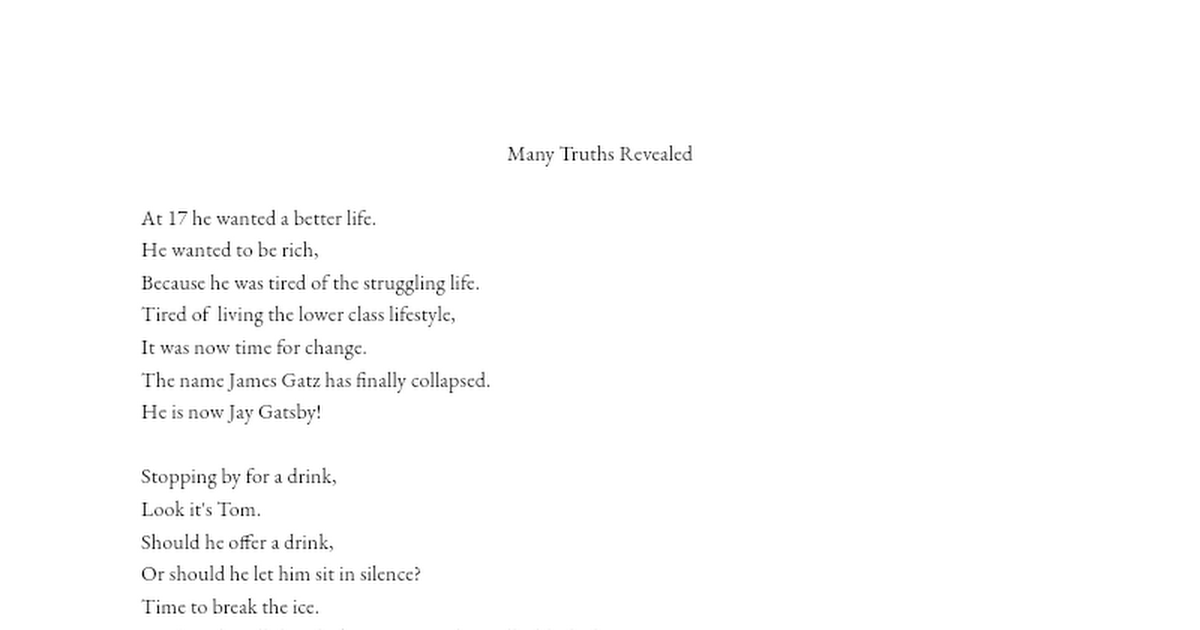 Fitzgerald, Francis Scott. “The Great Gatsby.” The Great Gatsby, 10 April 1925, chrome-extension://bjfhmglciegochdpefhhlphglcehbmek/pdfjs/web/viewer.html?file=https%3A%2F%2Fwww.wsfcs.k12.nc.us%2Fcms%2Flib%2FNC01001395%2FCentricity%2FDomain%2F7935%2FGatsby_PDF_FullText.pdf#annotations:1f039q6oEeulKJe_aGoUNQ. Accessed 10 May 2021.
Embed code is for website/blog and not email. To embed your newsletter in a Mass Notification System, click HERE to see how or reach out to support@smore.com
close